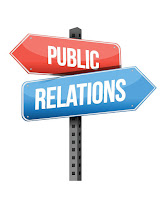 For a pair who supposedly didn't have the highest bid in the first round of bidding for the Mets, Alex Rodriguez and Jennifer Lopez sure got a lot of attention in the news today. First, there was a somewhat ridiculous piece in the Post from yesterday that assures us that "Sports insiders think Jennifer Lopez’s Mets bid could bring out team’s glam side". The tediously written article breathlessly quoted "entertainment insiders" that Jennifer Lopez "would add a missing ingredient to Citi Field the others can’t offer — glamour."

This is obviously some sort of PR work, but it made me curious about who they were trying to sell. Is it supposed to convince Mets fans? Because, I have to tell you, I could care less about more glamour at Citi Field. You know what I like about being a Mets fan? The fact that any celebrity that gets spotted at a Mets game is there because they actually like the Mets, not because they're trying to be seen because it's "glamourous" to be at the ballpark.

Even if there are some fans who actually care about this type of thing, what does creating this idea accomplish? Mets fans haven't been able to pressure the Wilpons into spending like a New York team, does anyone think we can pressure them to sell to Alex and Jennifer so we can feel more glamourous?  You know what I bet the Wilpons will find glamourous? The person or group that comes up with the most moola.

Or how about this quote from the piece:


"Forget about any other owner, or even any player. One thing Jennifer has is the No. 1 social media following," pointed out a sports source.

All right, we're pretty sure that Fred and Jeff won't care about the #1 social media following when they are deciding which bid to accept. So Mets fans, do you want the owner that

Take all of the time you need to decide.

I do think Alex and Jennifer's plan is smart. Frankly, anyone who buys the club should be planning to do some version of the same thing, Still, I just don't understand who that story is supposed to influence and what effect it could possibly have on the bidding process. I guess maybe it could be looking to attract other potential investors in the group, but anyone looking to invest any real money would likely care more about what type of return they would be getting, not so much on the amount of glamour or social media followers involved.

Moving on to stories that aren't made up of merely fluff and nonsense, also in the Post was the news that Rodriguez and Lopez met with Robert Kraft and his son to discuss a partnership on stadium operations for Citi Field and the development of the Willets Point neighborhood. The article points out that Kraft isn't interested in becoming a limited partner in the Mets. Since Alex and Jennifer would need to actually buy the club before any of the other stuff would happen, this seems like not very consequential information, also.

Unless the other MLB owners decide not to approve Steve Cohen, what would seem to me to matter right now would be for Alex and Jennifer to find enough investors in the club itself to have the high bid. If they don't accomplish that, then no amount of social media followers or meetings with people not interested in investing with the team will matter.

Finally, to complete the A-Rod trifecta, comes the news that Alex, who made about $448 million in his career, has come around to the idea that the players should accept revenue sharing and a salary cap now that he would no longer be personally affected by one. Tony Clark issued a statement basically calling Alex a hypocrite in so many words:

"Alex benefited as much as anybody from the battles this union fought against owners' repeated attempts to get a salary cap. Now that he is attempting to become an owner himself his perspective appears to be different. And that perspective does not reflect the best interests of the players."

A-Rod says that baseball has lost market share to other sports, and the players should "partner" with owners to reverse this trend. Why this couldn't happen without revenue sharing and a salary cap isn't really explained. If owners want to spend less money on players salaries, they could set a budget and stick to it, and the problem would be solved. Players can only make what the owners decide to pay them. Salary caps are really meant to protect owners from each other.

Alex Rodriguez is a smart guy, but he just has a lot of blind spots when it comes to putting his foot in his mouth. It's remarkable that he didn't realize the blowback he would get from making a statement about revenue sharing, or the simple fact that a guy who made almost half a billion dollars playing baseball was not the guy to be lecturing today's player that they should accept less money for the good of the game. But that's just Alex being Alex, I guess, coming across as self-centered and insincere.

It's pretty obvious to me that there is a big push to get stories in the media about Rodriguez and Lopez's effort to buy the Mets these last few days from all sorts of different angles. Maybe the purpose is simply to attract some more investors. Or maybe it's to convince MLB owners that they would be better choices to run the Mets even if Steve Cohen is the high bidder. Maybe it's these MLB owners they want to impress with the idea of bringing glamour to the game.

I'm out for today. Had a lonnnnnng day at work today, and my brain is fried. Thanks, as always, for spending some time with us today. Please stay safe, be well and take care. I'll be back tomorrow.