A Year to Forget 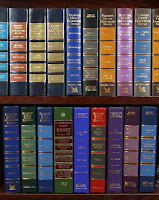 Since I last did a full post on Monday the Mets have gone 2-3. At times they give real hope that they're turning it around but then, almost inevitably, they fail to sustain positive momentum. I guess what it all comes down to is that they're the same team that I described back on July 31st, just a mediocre team that can wow you at times and put you to sleep at others. Add in their penchant this year for some real heartbreaking defeats, and I doubt very much that this will be a Mets team that I'll want to reflect back on once this season is finished.

I should be somewhat grateful that they aren't so great this year. Given the way the pandemic has shaped this most unique baseball season, greatness would be wasted. This season reminds me of something that only old timers like myself would remember, Reader's Digest Condensed Books. In a single bound volume you would get 5 popular titles that were condensed down to a fraction of their original size. What remained bore some resemblance to the original, of course, but in the cutting down to fit you lost some of the best qualities that makes a great book great. In the same way, a season crushed down to 60 games loses a good bit of what makes a real baseball season great.

If, as seems likely, this is the last season of Wilpon ownership, it seems pretty fitting that it would come to an end with this oddball condensed season. And the relative certainty that the Wilpons will be selling is what consoles me as I watch this flawed team struggle to string 3 consistent efforts together. While I don't know for sure how a new owner will run this team, I know what the post-Madoff years have been like with the Wilpons in charge, and I feel that the chances that things will at least be better are pretty damn good.

I'd like to think that any owner who wasn't as cash-strapped as the Wilpons would have at least attempted to sign Zack Wheeler. Then the GM wouldn't have felt the need to trade good prospects for what essentially became 10 games of Marcus Stroman, and the Mets might have better options to start games than Walker Lockett. The contract that Wheeler signed with the Phillies was 5 years, $118 million. That wasn't a deal that a large market team should have failed to match. Instead, Wheeler will be pitching against the Mets tomorrow. What a waste.

Anyway, the consequences of the Mets penny-pinching ways have contributed almost as much as the pandemic has in shaping what seems likely to be a quite forgettable season for the Mets. Along with so much else that's happened in 2020, forgetting it will most likely be a good thing.

Some observations from the week I was away:

As I mentioned earlier in the week, this is a bit of a crazy time for me right now. I've been dealing with a sciatica issue for about 3-1/2 months. I had a doctor's appointment yesterday to follow up on an MRI from Wednesday. I was hoping for some good news, that an injection in the injured area of my back would get me back to normal. Apparently, however, I have some disk problems that are going to require surgery. I was hoping to get off the merry-go-round of meds and muscle spasms, but I have some stuff ahead of me before that happens. Just another thing about this year I hope to forget going forward.

It's going to be tricky to manage working, dealing with the back and writing here. I will try to post 3-4 times a week, more if possible. I'll update here when I know I'm going to miss any time longer than a day. I will post tomorrow.

Okay, that's it for today. Please stay safe, be well and take care.