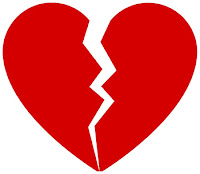 I used to have a little ritual that I would do whenever one of my relationships ended. I'd take long drives at night, listening to sad music and allow myself to wallow in a sort of self-absorbed melancholy. Depending on how I felt about the girl and how the relationship ended, this process of letting go would take anywhere from a few hours to a few weeks. I always knew I was ready to move on when the realization would strike me how ridiculous I was being. Looking back, the whole idea of it seems rather silly and clichéd, but it worked.

Of course, it took a little while to perfect the whole art of getting over a woman. I can still remember vividly the hurt and emptiness I felt at the conclusion of my first serious relationship. While I had dated girls for various amounts of time, usually quite short, this one was different. We were together for more than a year, and even lived together for a while. When she left, I felt like there was a big hole in my life. I didn't have the experience to understand that I would be okay eventually. I really floundered around for a while before I was able to right myself.

The second time that I lost someone I cared about wasn't easy, but it was so much easier than the first time. After a few more breakups I had my ritual in place and the understanding in the back of my mind that "this too shall pass". Indeed, after a while, I was concerned that getting over breakups had become a little too easy. But then I met Lisa, and that all became part of my past.

I still find myself listening to sad music at times, although I lucked into an enduring relationship more than 25 years ago and I'm not really feeling sad while I'm listening to it. There is a part of my personality that just seems to be comfortable with feeling a little blue. I can feel sad without feeling overwhelmed by it. Considering how bad I was with relationships for such a long time, this was a good quality to have. It's also been something that's served me well through five decades of Mets baseball. I've had ups and downs with women, but in my worst moments I never would have tolerated a woman treating me as badly as the Mets have done for so many years. A relationship like that is Jerry Springer Show material.

It occurred to me today, as I was watching this Met season plunging over the edge of yet another cliff, that getting over another Mets disappointment was getting just a little too easy. I've been a part of way too many Mets seasons that started off promising much and delivering little.

The Mets have had a few tough breaks this year, but I'm told that there are some teams that actually manage to overcome bad luck and delight their fans by being scrappy and exceeding expectations. Not the Mets. Think of Rocky Balboa, crumpled in a ball at the bottom of the steps of the Philadelphia Museum of Art, moaning and feeling sorry for himself, the melancholy strain of Gonna Fall Now playing in the background. That's the Met version of that classic. Yo, Adrian, pass the bourbon.

I have no doubt that I'll get over my disappointment with the way this season has gone. I've had a lot of practice at it. Too much, really.

I'm out. Please stay safe, be well and take care. I'll be back tomorrow.