Today Is the First Day of the Rest of Your Mets 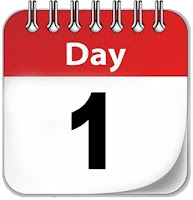 Yesterday I wrote about the feeling that comes upon you when relationships and New York Mets seasons go bad. Not that the season is over for the 9-14 Mets. Barring a COVID-19 shutdown, they still have 37 games to play. Mathematically they can put themselves back into the expanded playoff picture with a streak of solid play, but it's hard to realistically imagine that happening with the starting pitching they have right now. The rotation beyond Jacob deGrom is an absolute crapshoot right now, full of pitchers who are ticking time bombs, just waiting for that one big inning to put the club hopelessly behind.

People say, "look at the 2019 Nationals. They got off to a terrible start, then they won the World Series." Of course, the Nationals had great starting pitching to carry them when they went on that run. We have deGrom.

Right now the number two guy behind deGrom looks like rookie David Peterson, who is enduring shoulder issues and is hardly an established major league pitcher. He's scheduled to make his start tomorrow, but if I was the Mets I'd be watching him carefully. After that, it's probably Rick Porcello. He's performed the best out of that bunch, and he's 1-3 with a 5.76 ERA. Still, if you ask me who I trust the most behind deGrom and Peterson it's him. After that? Pick your poison. Steven Matz, Robert Gsellman, Michael Wacha who never seems to stay healthy. I just can't see them building a winning streak from those guys.

To compare this season to a relationship, it feels to me like one where both of you know it's over, but you're not ready to pull the plug. I'll continue to tune in the games on SNY, but now I'll be watching how the kids do and try to find a reason to have hope that things can be better next year. And yes, I have to admit there will be a small part of me hoping against hope that they can crawl back in the playoff picture, because it's hard to quit on a season that you went into with some hope.

As the 2020 Mets campaign slowly circles the drain, speculation on the future of Brodie Van Wagenen is rampant. Some folks are worried that prospects Matthew Allan, Francisco Alvarez and Ronny Mauricio were added to the 60-man roster because only players in the 60-man player pool may be traded. People are concerned that Van Wagenen may be looking to trade one or more of these youngsters in a last ditch effort to make the playoffs and save his job with a new owner looming just over the horizon.

While not impossible, I actually think that it's unlikely to happen. It seems to me that a new owner would look more unfavorably on BVW if he makes a dumb move that hurts the team's future to try to save his job. I know if I was the new owner a move like that would not be looked upon kindly. It really does seem more likely to me that this is an effort to get these kids some real hands-on instruction in a year when there are no minor leagues.

By the way, if you want to feel old, all three of those prospects were born in 2001. They've lived their entire lives in the 21st Century.

Speaking of a new owner, the New York Post is reporting that Jeff Wilpon "hates" potential buyer Steve Cohen, and that will be another strike against his effort to purchase the club. There has been a steady flow of garbage tossed Cohen's way in the local media lately which has the feel of a concerted PR war against him. While I make no claim to be inside the process, it seems somewhat obvious that Cohen has the high bid and A-Rod's group wants to make it about something besides just dollars and cents.

There are reports that Cohen is also viewed unfavorably by the other team owners who are all, as you well know, choirboys and Eagle Scouts who waited until after they were married to lose their virginity. Cohen's presence in their group would only contaminate their absolute purity.

I have nothing against the bid of Alex Rodriguez and Jennifer Lopez. I think they have a good plan and may well prove to be excellent owners of this team. I have to tell you, though, the mud that's been tossed Cohen's way makes the contrarian part of my personality kind of root for Cohen. I don't believe that anyone in the billionaire class that can afford to buy a team got there by doing everything by the book. And Jeff Wilpon hating him only raises Cohen's stock in my eyes. Everything that I've read about Jeff Wilpon over the years convinces me that he's an idiot, and very much part of the problem for the Mets.

If it's true that Jeff's hurt feelings make it likely that the Wilpons would take less money from a sale from A-Rod's group than from Cohen then so be it, but man, that's just stupid. No wonder the team they've run for so long is in such bad shape.

Anyway, I know that I'm not going to have any say whatsoever in who the new owner is going to be, I can only hope that they can fix this mess. I'll tell you, though, we keep hearing rumors of how bad the club's financial condition really is, and that only causes me more concern about a purchase financed with a lot of debt, which the A-Rod group's effort seems to be. While MLB is fretting over the baggage that Cohen is supposedly bringing with him, they might want to consider the implications of a highly-leveraged group taking over a beleaguered club during the financial uncertainty of this pandemic and what might follow.

Anyway, I'm checking out so I can turn the game on and grind away the last of my remaining optimism. Please stay safe, be well and take care. I should be back in this space again tomorrow.