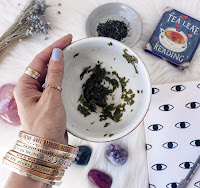 There have been a lot of takes the last couple of days on the news that Steve Cohen is planning to make Sandy Alderson the club president if his purchase of the Mets gets approved, and what that might signal. There is plenty of speculation on what this hire might mean for current GM Brodie Van Wagenen, what it signals for what the team is planning to spend and, most importantly, what the operating priorities for the team going forward might be. While it's entertaining to offer my own prognostication and read takes on the subject by others, the truth is that we really can't know how it plays out until the sale is approved and Alderson is in place.

There is certainly hints in the statement Steve Cohen put out yesterday morning:

"If I am fortunate enough to be approved by Major League Baseball as the next owner of this iconic franchise, Sandy Alderson will become president of the New York Mets and will oversee all Mets baseball and business operations. Sandy is an accomplished and respected baseball executive who shares my philosophy of building an organization and a team the right way. I am excited to have Sandy in a key leadership role with the Mets if my purchase of the team is approved.

The obvious first takeaway is that by picking Alderson, who has a long history in baseball and plenty of respect from folks inside the game, Cohen is telegraphing to the other owners that he's not planning to go overboard spending on free agents in some mad Steinbrenner-like spree that would throw the current salary structure out of kilter. And really, I don't think any of us who follow this game in more than a superficial manner thought that was going to happen. You'd start bumping into the Luxury Tax pretty quickly if you tried to spend your way into a contender, and you'd still not be able to plug all of the holes in the current roster.

The most important takeaway, at least in my mind, was Cohen stating that Alderson shared his "philosophy of building an organization and a team the right way." It strongly suggests that Cohen is going to follow the model of successful large market teams like the Dodgers and Red Sox and put a great deal of emphasis on having the best possible scouting and development. Having a pipeline of prospects to both graduate to the Major League roster and use as trade chips is the proven way to maintain a contending team for more than a year or two here and there.  I don't think that precludes signing premium free agents if they fill a need. Only time and the opportunity to watch both what they say and do will provide a definitive answer.

The part about whether Brodie Van Wagenen stays or goes doesn't really matter all that much to me personally. I don't hate that guy, and he's done some good stuff here, but he's made some fairly bad trades and was not impressive managing the roster this summer. And the idea that he had a close relationship with Jeff Wilpon always made me question his judgement even more. If he and Alderson could work together, that would be great. If Brodie has to go, so be it. If he does stay, he definitely needs someone looking over his shoulder on deals.

A valid question that is being asked is why Alderson is being invited back to run the Mets when his first time around with the club didn't go all that well. I thought Joel Sherman had a really good take on that in the Post yesterday. Sherman shared a story about some arbitrary rule change regarding reporter access by Jeff Wilpon. When he spoke to Alderson about it, he got some sympathy but Alderson declined to intervene:

[Alderson] would not be wasting a bullet on reporter access when time, energy and persuasive points might be needed to convince a Wilpon at any time of day or night who to promote, demote, acquire or trade - or simply to talk one of the owners out of something ill-conceived that impacted baseball operations.

If you are wondering why Alderson would return - if Steve Cohen is approved as owner, that is - when he is a cancer survivor who turns 73 in November, consider that story. His friends in the game will tell you more like it. Lots more. By the end of his eight-year tenure, Alderson was worn down not by age or the cancer, those allies will tell you, as much as the endless meddling from above, the bizarre requests, the inability of his bosses to see beyond the next press conference. He was exhausted at figuring out which battles to fight when all were important at varying degrees..

He would have always wondered what could have been done with this big-market franchise if he had been left to run it with oversight from above rather than one of those cartoonish Wile E. Coyote two-ton Acme anvils looming overhead to hold back money, slow down decision making or act on a whim.

I'm willing to start fresh with Alderson and judge him on what happens going forward, because I think it's been pretty well established that the Wilpons were terrible owners to work under. I don't think Alderson would have agreed to this job if he wasn't pretty certain that things were going to be a lot different this time around.

I'm also willing to concede that a lot of the Mets problems under Alderson were Wilpon-related, but where I do find fault with his tenure was in some of the deals and low budget free agent signings that he made during his time here. They seldom helped:

And so on. There were some excellent trades, no doubt, but under Alderson the Mets seldom seemed to uncover hidden gems with their bargain shopping forays. I'm not sure that the meddling of the Wilpons is to blame for all of those stumbles. Even if the Mets start operating as a true large market team, these little moves to uncover value with a lower price tag still matter, and Alderson didn't excel in this department when he was GM. However, even noting some of these failings, ultimately I'm much more comfortable with Alderson making baseball decisions than Van Wagenen.
So, while I'm somewhat intrigued to see what the Alderson/Cohen collaboration might bring, I can't say that I am all in on this choice. I'm just willing to see how it all plays out. Not only in free agent signings, but also in what moves are made to strengthen the scouting and development in an effort to ensure that the next 20 years feature more than 3 lonely trips to the postseason.
That's it for me today. Thanks for stopping by. Please stay safe, be well and take care.