Nothing Wrong With Being In the Bushes 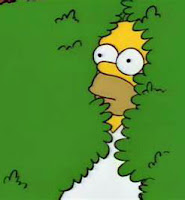 If this was a normal year, the Minor League season would be over by now, including postseason playoffs. Some prospects would have had the chance to really elevate their status, as Jacob deGrom and Jeff McNeil were able to do when they were on the Junior Varsity. (Although, in fairness, I think few, if any, foresaw just how good they would be in the majors.) Some formerly highly-regarded prospects would have lost their luster as they struggled against better competition. It's all part of a tradition that stretches back to a time before any of us were born.

Sadly, among all of the other things broken by the pandemic, Minor League ballparks remained empty and silent this summer. There were no Dads and Moms in those bleachers with their kids, allowing a new generation of baseball fans to develop a love for a game that was once America's game, but really isn't any longer. There are no sounds of cheering and groaning while the action is taking place, nor do you hear the raucous sounds of endless between inning promotions and stunts. Bush league has evolved into a phrase that is meant to disparage something as second-rate and inferior, but as someone who loves the Minor League game I just can't go along with that definition.

Minor League baseball is real, immediate and closer to the fans - particularly those not fortunate enough to be born with a trust fund - than the brand of ball played in Major League parks, with their luxury suites, elegant dining and field boxes filled mostly with corporate types. Minor League ball is more brash, more in your face, more innovative and yes, in a lot of ways a little corny and cheesy in a manner that just makes it more endearing, more truly American, at least to me.

I've written about Minor League baseball several times in the six months that I have been back blogging, for instance here, here and here. I've chosen this topic because it really matters to me. I can assure you that there have been no secret payments from Minor League baseball to influence me, although I'm always open to any significant bribe.

When I was in my teens and early twenties, I didn't have much money at all. Yet, on a whim, I could go to Shea Stadium with my brother, secure some cheap upper deck seats, and enjoy a game without spending much at all. If the Mets were out of town we would sometimes drive out to Yankee Stadium to catch a game, sit in the cheap seats and root for the other team. If I was born 40 years later, that would not be an option. For two broke kids, multiple trips to the ballpark simply would be out of reach, unless we were heading out to a local Minor League Game.

It's not only the increased costs of attending a Major League game that has made it less accessible. Back a few decades ago, most of the games were on free tv. All you needed was an antenna. Then cable tv came along and many of the games were unavailable to folks without a cable package. Now there are Regional Sports Networks that carry almost all of the games, and you need to spring for more than just a basic cable package to get those channels. Where I live, the cost of my package is inflated by the cost of the YES network and the Red Sox's NESN network. I don't watch Yankee and Red Sox games, but I have to pay for them.

I switched to YouTube TV a while back to save a few bucks over what Comcast was charging me. I still have to keep them for internet because their competition, Frontier Communications, only offers very slow DSL where I live. So I'm pretty much stuck until 5G home internet becomes a reality. When I called Comcast to cancel the tv service, they told me I could save money by getting a discounted package that included internet and the lowest tier of channels - just the local broadcast channels and some shopping networks.

It did save me a few bucks over paying for internet alone, but I noticed on my first bill that I was being charged a "Regional Sports Network fee". I figured it was a mistake, as my barebones package didn't include any sports, not even ESPN. I called customer service and asked why I was paying for something I didn't even get. The rep told me "everyone has to pay for that." I tried making a logical argument, but it fell completely on dead ears. I promised myself that, when my 2 years were up, I would pay only for internet, even if I had to pay a couple of bucks more.

Between my YouTube TV and internet, I'm still paying over $130 a month. When I was young and single, I would never have paid anything like that. I wasn't home enough to justify the cost. If I was that age today, I would only have a cell plan and maybe home internet. I wouldn't be watching Mets games except for the few on WPIX or - God help me - FOX. It's possible that I wouldn't be a real Mets fan any more after going more than a decade without watching games.

MLB doesn't offer people who don't have a cable tv or expensive streaming service an alternative to just pay something for the right to stream their teams' games. It props up the carriage fees that RSNs charge cable and streaming services which, in turn, accounts for the hugely lucrative deals these RSNs sign with MLB teams. But, as more people cut the cord and younger people forgo any traditional packaged tv service, MLB baseball is becoming something that folks in their 20s and 30s don't watch and don't really care about. You become a devoted fan of a team by watching a good percentage of that team's games. That won't even be possible for many young people. When they start having kids, they're not going to be passing along a love of baseball to them.

That's why it's so important that Minor League baseball continues to flourish. If someone lives within a reasonable driving distance from a Minor League ballpark, the game of baseball is accessible to them in a way that the Major League game increasingly is not. It's a fun and relatively inexpensive place to bring kids, helping a new generation develop a love for the game.

As many of you know already, the contract between Major League and Minor League Baseball is expiring, and a new one must be negotiated this winter. Major League baseball wants control of the Minor Leagues. They want more control over where their affiliates are located and how the facilities are maintained, among other issues. They also want to eliminate 2 short season levels of A-ball, where the Mets currently have teams in Brooklyn and Kingsport, Tennessee. If this comes to pass, as seems likely, about 42 teams would lose their affiliation completely.

Although the specific teams that lose their affiliation is still being decided, it has been reported that Binghamton, New York, where the Mets have had their Double-A affiliate since 1992, would be one of them. Presumably the Double-A affiliate would move to Brooklyn in that scenario.

Now, for the sake of the fans in Binghamton, I hope that they don't wind up unaffiliated. If it's true, however, I wonder if it would be possible to maintain a relationship with the team and city. MLB will be partnering with some Independent leagues going forward, providing some support to these cities in an effort to keep baseball going in these places. This is important, as I have previously written about how difficult it is to keep independent teams viable.

I wonder if it would be possible for a team like the Mets to maintain a relationship with Binghamton, keeping alive ties that go back almost 30 years. I'm sure there are folks in Binghamton who root for the Mets based on years of watching Mets' farmhands play there. That has to have some value. If I owned the Mets, I would want to look into that possibility. Even a city like Kingsport, if they become unaffiliated, might be worth maintaining some relationship, even though they are located much further away from New York City.

Baseball has enjoyed great financial success before the COVID-19 epidemic upended so much of our normal lives, but a consequence of that success was making the game less accessible to fans as noted above. They should see a relationship with Minor League cities as more than just a way to develop prospects. It's a golden opportunity to keep baseball in front of new generations of potential fans, and that opportunity should not be allowed to slip away in whatever restructuring takes place going forward. I think baseball and individual clubs like the Mets should be as creative as possible in seizing that opportunity.

Okay, I'm out for today. If you follow this blog regularly, you might have noted that I am posting every other day. I will try to maintain that pace as a minimum, but will try to do a little better when I have the time. The season will obviously be over after today, but there will be a lot to discuss this offseason, and I'm greatly looking forward to writing about all of it.