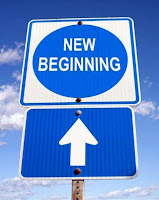 I had my back surgery yesterday and feel surprisingly well today, better than I expected. My back problem caused a lot of symptoms in my legs which were, in a way, worse than the back problem. From the first time they walked me around yesterday after I came out of the anesthesia, the leg spasms and cramps were completely gone. My back is still sore at the spot of the surgery, but I didn't have to take the Oxycodone they prescribed at all. I still have some healing to do, but I couldn't feel happier one day out from surgery. This back problem has completely dominated my life since May 2. and now it feels like a new beginning for me.

With the Wilpon era finally limping down to an end, it feels like a new beginning for the Mets is imminent. Which would be great, because if there ever was a team that needed one, it's the Mets. As Joel Sherman pointed out today in the New York Post, the Mets have only been to the playoffs twice in the last 13 years. And remember, one of those was the one-and-done Wildcard game loss to the Giants. MLB expanded the playoffs this season, which would seem to be a golden opportunity for a team like the Mets to limp back there, except they're currently tied with the Reds for the fourth-worst record in the National League. At this rate I honestly wonder if shouldn't start rooting for then to lose every game, hoping for a higher draft pick next year. I won't do that, but I'm pretty sure that the Mets aren't going to turn this season around.

I'm sure that Steve Cohen would love to make a splash in his first year of owning the Mets by not running that streak to twice in 15 years. The thing is, it's going to be a challenge. Even if Seth Lugo can prove out as a starter, that gives the Mets two they can count on next year. Keep in mind that Lugo has only pitched over 100 innings twice, 101.1 innings both in 2017 and 2018. You could add David Peterson to the mix, too, but he's already missed time with a sore shoulder this year, and his minor league high in innings was 128 in 2018. Would you count on 32 starts out of either of those guys? Starting pitching isn't as important as it once was, but this year was a pretty good demonstration that you can't run just anyone out there and win games.

The way I see it, you need a couple of dependable starters to complement deGrom, guys you think you have a reasonable shot at giving you 30+ starts. Michael Wacha and Rick Porcello are both averaging less than 5 innings per start, Porcello has an ERA of 5.54 while Wacha is sitting at 7.20. Neither is under contract for next year, and I wouldn't bring either back unless it was on a cheap, incentive-laden contract. Brodie Van Wagenen has traded away all of the pitching prospects close to the Major Leagues, and his questionable roster management decisions this season has cost the Mets some guys who at least could have been emergency starter material for next year.

So if you're Steve Cohen and whoever is his GM this winter, what do you do? Do you try to sign Marcus Stroman, probably the best of a questionable free agent pool of starting pitchers? Sure, the market will likely be down thanks to the effects of the pandemic, but the scarcity of impact starting pitching will likely keep the prices from dropping too much at the high end. Do you trade for one out of a prospect pool that's already pretty thin in potential impact players? If you do, it will only exacerbate the lack of Major League ready talent for more years. Do you try to shop in the bargain aisle as the Mets did this year with Wacha and Porcello and hope it turns out better? Do you count on Syndergaard returning early enough and at a high enough level to be deGrom's number 2?  Do you hope that Steven Matz can make it back to at least being a decent fifth starter?

If it was me, I would feel like I had to sign one guy, either Stroman or someone close to that level, from whom I could hope to depend on getting a good season. Syndergaard's return could at least be a hedge at the inevitability of at least one starter going down, and I'd try to get in more than one of those "plan B" types that Porcello and Wacha represented this season. I'd try really hard not to trade any good prospects, as I believe that the goal needs to be to boost the farm system greatly if you're hoping to avoid a Wilponian number of years without playoffs.

Of course, once you address the starting pitching you have other concerns. At 32, Wilson Ramos is looking quite old for a catcher. You need to get a younger guy that can bring something on defense and provide some offense. J.T. Realmuto is an obvious choice, but the Phillies really want to keep him and plenty of other teams will be making a play for him. Again, there is nothing of any real value behind Realmuto in free agency, so I wouldn't expect him to come cheap even in the current economy. If you fail to sign Realmuto, you'll have to make a trade or just try to put a couple of decent defensive catchers on the roster and look for offense elsewhere.

Pete Alonso has performed badly enough this season to at least make it a question if he can be the long-term first baseman. My gut says he rebounds, and Dom Smith's play has made him adequate insurance if Pete turns out to be a one-year wonder.

I'll tell you, though, I really question the approach to hitting that a lot of guys utilize these days. Alonso has 42 strikeouts in 162 plate appearances, which means he comes up empty in more than 1/4 of his at bats. Dom Smith is a much better all-around hitter, but he's struck out 27 times in 122 PA. Michael Conforto is having an awesome season, but he's gone down swinging 36 times in 164 PA. Luis Guillorme hits for almost no power and is batting an impressive .390 in part-time use, but he still has 12 Ks in 49 PA. Very few guys utilize a two strike approach to speak of, part of the reason they suck at situational hitting. I would think one thing to look for in the coming years is for teams to put a premium on cutting down the strikeouts.

The Mets have a decent enough roster beyond catcher that they could go with any of these guys for next year. A true centerfielder that could provide some offense would be a big addition, but there isn't much like that out there. If Cohen and his GM wanted to bring in a big bat next year and Realmuto eluded them, an outfielder might make sense, then you could potentially trade a guy like Nimmo or Dom Smith to fill another need, although, as stated, Smith provides some insurance for Pete Alonso continuing to struggle.

Beyond who the Mets might decide to add for next year, I would think a priority for Cohen and his GM would be to sign Michael Conforto, a free agent after next season, to a long-term contract. The statement you'd make to your fans by letting your best home-grown position player get away is not the one you'd want to make so early in your tenure as owner.

I'm not sure what happens exactly this winter, but I expect this to be the most consequential offseason for the Mets since Omar Minaya's first winter of 2004-2005. I don't think Cohen is going to go crazy with spending, but I do expect the Mets to be near the top in payroll going forward. That's not going to make a winner out of the club long-term, but a serious upgrade in the production of the farm system is going to take longer. A good roadmap to follow might be what happened when the Dodgers were sold last. More spending in the short-term, while implementing improvements to scouting and development to keep the team relevant and competitive.

Okay, I'm out for today. I'll be back tomorrow. In the meantime, please stay safe, be well and take care.