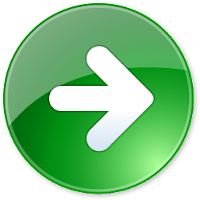 I spent an enjoyable afternoon yesterday watching the Mets beat the Phillies. For a few hours I could exist in an alternate universe where the Mets weren't a crushing disappointment, but rather a solid competitor to go deep into the postseason. All of the ingredients were there: great starting pitching, a well-balanced, explosive offense, solid defense and competent relief pitching. Maybe this is just a little taste of what the future might bring.

If, as a Mets fan, you feel as if a weight is being lifted off your shoulders, beyond anything that was happening on the field, it might have a little something to do with this:


UPDATE: Steve Cohen has successfully negotiated with the #Mets to take over the club, a source has told me.


As soon as I read this, I feel a weird sense of lightness at the thought of rooting for a team that is no longer owned by the Wilpons. It really doesn't change anything that's going to happen in 2020. Logically, it shouldn't matter to me at all when the transition takes place, as long as Cohen has time before the off-season begins in earnest to make decisions on where he wants to go with the club. I'm sure he's already thinking quite a lot about those upcoming decisions, and he'll be ready when it's time to make them. Still, the time really can't come soon enough.

I've had an ongoing personal situation since the beginning of May when I hurt my back. When I first did it, I honestly thought that it was something that would resolve fairly quickly. I've had back problems off and on for much of my adult life, and I've learned how to live with them. This thing dragged on for months, though, and it really took a toll on my life. It stopped me from doing a lot of things that I really like to do.

I finally got an MRI done in August, and an appointment with an Orthopedic Surgeon on August 27. By that point I knew that surgery was the only real option. I had progressed to a point physically where I could do things like take my dogs for a walk in the woods again, as long as I was really careful. After 4 months I had found a way to coexist with my back problem and live a semblance of a normal life. I wanted the problem to be behind me, but I was managing things fairly well.

During our appointment, the doctor explained everything to me, and we agreed quickly on the need for surgery. Then he asked me when I wanted to do it. I thought about it for a few seconds, and I told him. "Honestly, if you told me you had a slot open for me tomorrow, I'd do it then." He laughed and said he could do it the following Friday, but I would really have to scramble around to get tests and a pre-surgery physical done. It really was a hectic week for me, but I told him to schedule it. Eight days later I was getting the surgery.

My life would have been a lot calmer if I let him schedule the surgery a couple of weeks later, but I don't regret the decision. I had lived with the damn thing long enough and I wanted to be on the other end of it. I haven't regretted that decision for a second.

My feelings about my back help me to understand my feelings about the Wilpons. The back has been a problem for 4 months, but Fred and Jeff been a problem for much, much longer. It's been a little under a dozen years since the Madoff scandal broke. Since that time it's been fairly obvious that they didn't have the money to run this team properly. But, then again, when did they ever run the team properly? For a stretch of the 1980s when Fred Wilpon and Nelson Doubleday were still partners, and Frank Cashen was calling the shots. Long before Jeff Wilpon inserted himself deeply into the management of the franchise.

There's a quote about Jeff Wilpon from an old Joel Sherman piece dating back to 2010 when the Mets were looking for Omar Minaya's replacement. Sherman quoted an unnamed baseball executive about the younger Wilpon:


"Jeff is the problem with the organization, and he is never going to realize that. He cannot help himself. He has to be involved. He will never hire anyone who will not let him have major input. He will not hire anyone who does not run every personnel decision through him."

Even if the Mets eventually managed to overcome their myriad financial problems - not a given, considering they haven't come close to that in more than a decade - Jeff Wilpon was going to remain a problem for as long as he continued to draw breath. As the quoted baseball executive noted, he just cannot help himself.

If there is one hard, fast rule that I've noticed in six decades of existence on this planet, it is that those who lack self-awareness will continue to make the same mistakes over and over again for as long as you let them. And you do get the idea watching the Wilpons operate that you've seen every faceplant and every pathetic self-inflicted wound before, and more than once. And, for that matter, you could feel just as certain that you would see it all again in the future.

So, while it probably doesn't make that much of a difference exactly when Steve Cohen takes over this club officially, I'd be willing to personally drive the Wilpons to the airport if that would make this thing happen tomorrow. It's just time. More than that, it's long overdue. I was 21 when Fred Wilpon first came into my life, now I'm 61. I don't want to waste even another second of my life watching these guys operate. Let them take the $2 billion + that they have done absolutely nothing to deserve and ride off into the sunset. It's a small price to restore hope to a beleaguered fanbase.

Don't get me wrong, I know that the Wilpons will retain a small piece of the club, and that they really won't be completely gone. Still, that percentage will give them absolutely no say in anything that matters. In every way that matters they will be deleted from our consciousness, unless it is simply to note, remember how bad it all was when the Wilpons owned the club?

Logic tells me that there is absolutely no certainty that things will get better when Steve Cohen takes the reins. There will be no guarantees of future championships, which cannot be purchased with money, even quite a lot of it. Our greatest realistic hope as fans is simply that the club we have devoted a piece of our lives to will be smartly run and will have a chance to win. A future where we can debate baseball moves without doubting the core competency of the organization making them. That's enough for me, and it can't just come soon enough.

As I sat here writing this post today, the Mets managed to come back from a big deficit to go ahead of the Phillies. In what could have possibly been their biggest win of the season, they failed to hold onto the lead and then lost the game. As much as I've known all along that this team is a pretender, not a contender, I felt the familiar bitter sting that I have felt on so many previous disappointments with this club. A new owner isn't going to magically insulate us from painful defeats, but he's sure going to increase the chance that someday there will be something really great to offset those moments of disappointment.

That's it for me today. Please stay safe, be well and take care. Keep good thoughts.