Here's to a Stronger Infrastructure 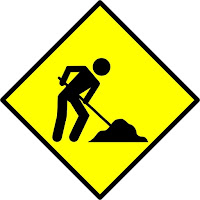 Earlier this week, Tim Britton had a really interesting piece in The Athletic titled, "Why Steve Cohen's first major investment should be in the Mets' infrastructure." It's a really good take on a topic that we've discussed in this space. So much has been written about how the effect that Steve Cohen taking over might have on the Mets payroll and which free agents the Mets might sign this winter. The idea that Cohen would make the Mets operate a lot smarter seems of more importance going forward, and Britton's piece is the best one on that subject that I've come across so far.

Now don't get me wrong here. I'm also excited about the prospect of the Mets running larger payrolls, not only because it makes them players for top free agents like J.T. Realmuto, but because it makes them more likely to hold onto young players that come up through their organization. I thought one of the more unforgivable moves of the Wilpon era was letting Zack Wheeler sign with a division rival without even making any reasonable attempt to keep him. With big decisions on Michael Conforto and Noah Syndergaard coming up after next season, I find it comforting to feel confident that the decision on whether to try to hold on to them will not be based strictly on money.

Still, we all know that there's more to building a winning organization than just looser purse strings. Arte Moreno's Angels have often been used as an example of a free-spending team that can't make it to the postseason. Back when the Wilpons were rolling in those sweet, sweet Madoff dollars, the Mets spent a lot more on payroll with very little to show for it. As Britton points out, the Wilpons were always resistant when it came to spending money on their analytics department. Other big market teams like the Dodgers, Red Sox, and Yankees embraced innovations that the Mets eschewed, very much to their benefit and the Mets' ongoing detriment. So did teams in markets much smaller than the Mets, which is why we get to watch them compete in the postseason that the Mets fell short of making.

Adam Guttridge, hired by Van Wagenen to drag the Mets a little further into the 21st century, has been getting plenty of positive press since he's come on. Among other things, he is credited with recommending to Brodie Van Wagenen that the Mets acquire J.D. Davis and not trade away Jeff McNeill. You can imagine a scenario going forward where talent like that is given more significant resources and a louder voice - not replacing the traditional guys with a scouting background in the organization, but rather combining their respective talents to help the club make better choices on personnel. You can't build a winner only by signing some high-priced talent. To really compete, you need real depth. A team shouldn't completely unravel because a couple of guys get hurt.

The Mets have consistently struggled to build a winning bullpen over the last few years. It always seems that the guys they give the most money to, such as Jeurys Familia, never seem to truly pan out. I'd like to see them do better, not only in identifying guys to sign from outside the organization but also developing pitchers in their own organization. It's not enough just to take a guy who lacks a third pitch or great command and make him a minor league reliever. I'd love to see them do more of what they were able to do with Familia in his first go-round with the club, turning him into an effective major league bullpen arm. I always thought Hansel Robles was a guy they fell down on. He wound up having a couple of pretty good seasons with the Angels after the Mets gave up on him.

Another thing Britton talked about in his piece was all of the scouts, and other talented evaluators have been let go by other organizations looking to save money this year. If Cohen is willing to spend money there, he can let Sandy Alderson and his baseball people have their pick of talented people who could be a part of transforming the Mets from perennial disappointments to a vibrant, highly competitive organization. With the right leadership, you don't have to squint your eyes very much to see an organization that's no longer a bad joke but a place where the best people want to work. I'm not just talking about traditional scouting and development in drafting prospects and signing International Free Agents, but also identifying players on other teams or in their minor league systems who might be potential gems.

Speaking of the minor leagues, how about identifying the most talented coaches and development people that were handed pink slips this summer and bring them into the Mets organization? There are few things more cost-effective in the long run than turning your own prospects into successful major leaguers. Not just the stars, but complementary players also. Any spot you can fill on your own roster is one less player you need to spend free agent dollars on or give up prospects to acquire in a trade.

Speaking of smart investments, one thing I've written about previously is how successful the Indians have been in developing high-end starting pitching. If I was Cohen, I'd want my baseball people to study their success for what they can learn and apply to the Mets' efforts in that department. It's costly to sign or trade for starting pitching. Even as baseball becomes more and more dependent on its bullpens, you still need starting pitching that you can depend on, as we all witnessed this season with the failures of Porcello, Wacha, and Matz. The Indians' ability to develop starters has helped them be more successful than the Mets with far fewer resources.

Injuries will always be part of the game. Still, another wise place to spend infrastructure dollars is ensuring that your club is on the absolute cutting edge of keeping its players healthy and helping injured players get back onto the field as soon as possible. You won't impress most casual fans by doing this, but it will help your team be more competitive year after year. The fans will appreciate that, for sure.

From my perspective, a hallmark of the Wilpon era was that they were always more willing to spend money on things they would get credit for, such as free agent signings, than those smart behind-the-scenes moves that would have made the club stronger in the long run. Here's hoping that Cohen follows a different philosophy.

I haven't been able to post as often as I would like to these past few weeks. Things should quiet down over the next couple of months, and I hope to get back to the 3-4 posts a week that I'm targeting. There are things I'm itching to write about, but I just don't have the time to do them justice currently. I do plan to keep writing as often as possible throughout the offseason.