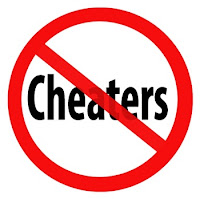 When the news of Robinson Cano's PED suspension popped up as an alert on my phone yesterday, my first thought was that it was likely to be a good thing for the Mets, at least for 2021. My second thought was f*** Brodie Van Wagenen. Nowhere in those thoughts or any of the thoughts that came later was even an inkling of surprise. This was news that I've been more or less suspected I would hear since Cano bounced back with strong offensive numbers this season.

When someone is caught cheating, it's rarely a one-off type of thing, even if it's the first time they were ever caught. Cheating, particularly the use of PEDs, is a long-term strategy for those who can convince themselves that the rules don't apply to them. It's why I've literally laughed in the face of folks who were apologists for Roger Clemens' partner in crime Andy Pettitte. It's why I had a teeny bit of hope that some other team might be tempted to take Robby Cano if the Mets swallowed some of the money, so that he could be another team's problem. Yeah, I know that's not going to happen now.

I'm not going to miss Robinson Cano while he's gone — which I hope is permanently — and that feels a little weird to me. I almost always find myself taking at least some rooting interest in a player who dons a Mets uniform. I couldn't help but root for the late Jose Lima, even as I found myself horrified watching him pitch with an arsenal that would have earned him a quick shower in a Little League game. Robbie Cano, however, felt like the bad dates I went on back in the day. Even when they weren't complete disasters, I found myself looking forward to them being over. I've similarly looked forward to Cano being an ex-Met from the moment he put the uniform on.

I can't say that I took no enjoyment from his success in 2020. He had a really good season. I even appreciated how well he seemed to take being moved down in the lineup when he was struggling, and being pulled for defensive purposes late in games. By all accounts he was a good teammate this season.

In any normal situation, a guy coming back from a really bad year is a feel-good story, but not so much when that guy is 37 and already has one suspension for using a drug typically taken to mask PED use. Although it feels a little wrong to suspect someone without evidence, the idea of someone enjoying a 50 point increase in their OPS+ at 37 is quite a stretch. The only time that I can remember players playing at a high level into their late 30s and beyond was the period between when PED use became common in the 90s and when MLB started testing for them in the mid 2000s.

I'm almost tired of dumping on Brodie Van Wagenen, who I'm sure is a decent guy if you get the chance to know him, but I can't help but look back in sad wonder at the sheer hubris that led him to ignore all of the warning signs that argued against bringing Cano to New York. Betting on a 36 year old middle infielder with an 80 game suspension under his belt and a slew of data that argued against his next 5 years being productive is a silly move that few would have taken. But this man, who had been a top sport agent and had graduated from Stanford University, convinced himself that he knew better, causing him to make a move that will go down in infamy as one of the worst of all time.

Still, Van Wagenen didn't make this move in a vacuum. The idiot son of the penurious owner, who had put the kibosh on better, smarter moves aplenty over the years, nodded his head and said, "okay, let's do it!" The brain trust of baseball people that surrounded Brodie in the front office didn't talk him out of this trade. Why would even a single one of them agree with this move, even if Cano cost nothing more than money, much less 2 top prospects? There's a reason so many pink slips were handed out on Steve Cohen's first day. There was honestly a better argument for trading Scott Kazmir for Victor Zambrano back in the day — not a good argument mind you, but a better one.

I needed to get those thoughts out of my system one more time, but the really important questions surround what happens next. In the short term, the $20 million not being paid to Cano this season will be much better spent somewhere else. My hope is that Jeff McNeil will be told, second base is all yours now, kid. Really, no matter who plays there, the Mets defense is likely to be improved just by subtracting Cano. My personal hopes for the money would be a really good starter, a quality defensive catcher and George Springer, but the possibilities abound.

Beyond next season, however, there's two more years of Robinson Cano at $20 million per — his age 39 and 40 seasons after a full year away from the game. I'd bet that Cano won't take PEDs again, not because he's chastened, but because he won't jeopardize what he surely realizes are the last two years of baseball paychecks he'll ever cash. The odds of him contributing on either side of the ball are, no doubt, practically nil. I can imagine that the swan song for Cano's career would be, as much as anything, a huge, unproductive distraction for a New York Mets team that should be considerably improved by then.

It won't be easy to swallow and say goodbye to $40 million with nothing in return, even for the Steve Cohen-owned Mets. I mean, I supposed you could take on almost all of the salary and see if some other club is interested in Cano, but unless you have compromising photos of an opposing GM I just can't see anyone taking on the player, much less a nickel in obligation for him. Not even if some club is dumb enough to give Brodie Van Wagenen a second chance at playing GM. Even he would have finally learned to steer clear of Robinson Cano.

I suppose the Mets could try to negotiate with Cano, who might not have the stomach for the ugliness that will surely surround his return from 2 suspensions. Maybe he'd be willing to take a little less to go away for good, or at least defer some of the money. The we can celebrate Robby Cano day ever year side by side with Bobby Bonilla day. Good times. Whatever it takes, really, to move forward from this mess.

I guess the best thing that can be said about all of this is that Robinson Cano and the skewed mentality that led to him being a Met already feels like part of an unlamented bygone era. I'll probably write about the guy again in the future, but hopefully not very often and not any time soon. I'm going to immediately turn my attention back to the Mets' search for an executive and all of the possibilities that this winter holds for drama and excitement. Robby, we hardly knew ye. I could only wish that we didn't at all.