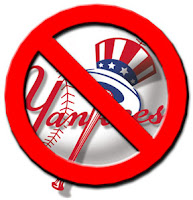 If someone can decipher the purpose behind Mike Vaccaro's piece in the New York Post yesterday, I would be grateful if you could share it with me. Vaccaro shared a story from the 1934 season, when Giants manager Bill Terry made a dismissive comment about the Dodgers, then in Brooklyn, and it came back to bite the Giants at the end of the season when Brooklyn knocked them out of a pennant chance. Fast forward to today. Apparently there is some parallel to this because everyone is excited about the Mets, and nobody is talking about the Yankees.
Of course, Vaccaro admits that no one involved with the Mets — Cohen, Alderson, any of the players — have been talking down the Yankees. The offense seems to be Mets fans being really excited about their team for the first time in forever and not enough genuflecting towards the all-encompassing greatness of the Yankees and all the glory that entails.
Seriously, Mike, you wrote this one for clicks, didn't you? You set up this straw man argument so Yankees fans can shout out "Hell, yeah, bitches!" and we Mets fans could get put in our place for being so presumptuous as to to not really give a flying f*** what the Yankees are doing this winter. Mike Vaccaro wants to scold us all for our audaciousness and let us know what the truth really is:

It’s worth remembering the Yankees are still the Yankees. They are two years removed from 103 victories, three years removed from 100 wins, they started 2020 like they planned on figuring a way to 50 wins before injuries and the Rays got in their way, but they still won a round of playoffs, still took the eventual league champs to the last inning of the ALDS.
Also, they have apparently announced that they are surrendering New York to the Mets.

Now, that last line is sarcasm, in case you're not as smart as a great newspaper columnist and didn't pick up on that. Don't worry, Vaccaro set you straight with his conclusion:

...But the Yankees are still the Establishment. They are still the gold standard around here, until proven otherwise. They are, indeed, very much still in the league. They’re just a little quiet about all of that. For now.

And, there it is. I hope all of you out there feel properly chastened for your hubris in being excited about your own team finally waking up from a decades-long slumber and preparing to finally act like what they are: a baseball team in the largest market of the country ready to build a strong infrastructure and spend some money in the luxury aisle.

The goal is to be where the Yankees are now: a perennial contender that mostly gets both the big and little things right. But most definitely not an exact copy of them, not at all. That wouldn't be any fun, and I don't love everything the Yankees do. Because, Mike Vaccaro, you might not have noticed this, but the Yankees and their fans could often be more than a little pompous and quite insufferable at times.

I remember a story I learned as a child, a story from back a little further in history than the one Vaccaro told. In Ancient Rome, when a general won a big victory, he would be given a "triumph" upon returning to the city:

Of course, being compared to a God was a heady experience, and lest it prove a little too intoxicating, a slave was assigned to run along side of the general, whispering in his ear over and over again, "you are mortal." Vaccaro has clearly taken on the role of that slave for himself, only he's shouting out to Steve Cohen, Sandy Alderson and all of us cheeky Mets fans, "you are not the Yankees!"

To which I answer, no we're not. And I'm actually pretty glad about that. The Mets have no need to usurp the Yankees identity, and I wouldn't want them to even if they could. What I love about this is that they have a chance to carve out an identity of their own — something really special and unique that belongs only to the Mets and those of us who love them. And if something about that bothers Mike Vaccaro, Hal Steinbrenner, Brian Cashman or Yankees fans in general, all I can say in reply is, "Who gives a shit?" I didn't ask for your permission to be excited about my team, and I don't need it.

The Mets admittedly have a lonnnnnnng way to go. The Yankees are still the undisputed kings of New York baseball...