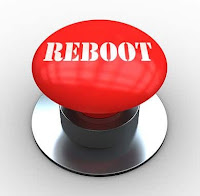 It was becoming fairly obvious for a while that the Mets weren't going to hire a President of Baseball Operations and a GM, signaled by the lack of interviews with any of the big names they were reportedly pursuing. The Mets made it official Monday when Sandy Alderson what it be known that they had changed course and were only looking for a GM. As it stands now, Sandy Alderson will do the job of president of baseball operations. The Mets will hire a GM to work underneath Alderson, with the goal that within a year or two this person would take over running the baseball operations.

I read a couple of takes accusing Alderson in the midst of misreading the market. I guess that could be true, Alderson essentially admitted it. Quoting Alderson from Tim Britton's piece in The Athletic:

Initially, I had higher expectations, but as we got into it and I thought about it and the environment we're in currently, I wasn't surprised. Front offices, and you can see this in the successful organizations out there, have become incredibly important. Clubs don't like to lose those assets. I get it.

I don't know, I actually appreciate the fact that the Mets shot high, even if it didn't work out perfectly. Sandy Alderson is a perfectly good fallback to be the president of baseball operations for the next year or so. By that point the GM hired would presumably be ready for the job, with Cohen and Alderson both comfortable with that person ascending to the position. This seems to me much more preferable than just settling for somebody that you're not really sure can do the job.

We've heard of at least one candidate interviewing for the GM job, former major league pitcher and former Met Chris Young, a very smart guy who is well-regarded around baseball. I'm sure there will be others after the holiday.

The bigger question to most of us Met fans is when the Mets will start making moves to upgrade their team. With the recent news that the Atlanta Braves have signed Charlie Morton, the Mets are in no better position to compete against the Braves than they were when the season ended. And we all know how far behind they were then. Many Mets fans are pretty disappointed that the Mets missed on trying to sign Morton and lost out to their Division rival. Morton indicated that a selling point for Atlanta was that it was close to his home in Florida. That's something the Mets obviously couldn't offer. Whatever the reason, the end result is simply that the Braves' starting rotation is miles ahead of the Mets' as things currently stand.

Look, in all honesty I don't expect the Mets to be as good as the Braves in 2021. Tim Britton made a point in the piece I linked to above that reflects my thoughts:

Alderson once again specified the starting rotation, the outfield and catcher as primary needs for the club, while adding "we're not going to address everything necessarily in the same way." He also re-emphasized depth, pointing to some minor-league signings and the team's relatively unorthodox major-league deal with pitcher Sam McWilliams — who has no major-league experience — as evidence of the team's commitment.

Put it all together, and it does not sound as if Alderson and the Mets plan to be a Dodgers-level behemoth immediately in 2021; the moves to bring New York to that level would likely make it harder to contend in the years afterward, after all. This is a longer-term project, but by no means one that requires several years of patience.

It never seemed logical to believe that there was a way to go from as bad as the Mets were at the end of 2020 to being the class of their Division in a single year. At lease, not without a dramatic negative impact on their long-term competitiveness. On the other hand, that doesn't mean that they should be raising the white flag for 2021 and standing idly by while the rest of the Division gets better. The goal this season should be to put forth a team that's exciting and truly competitive, but is also a steppingstone to a New York Mets team in a year or two that has a chance to be the best team in the Division. Were not talking "meaningful games in September" here. That would be breaking faith with what Alderson and Steve Cohen promised the fans at their inaugural press conference.

Indeed, Alderson has since indicated that the Mets could be in on more than one premium free agent, and active in other channels, too. As Cohen said in that first press conference, "This is a major market team, and it should have a budget commensurate with that." I think we can all agree with that, and I believe it's really important to send the fans and the rest of baseball a message by having a real impact off-season for the first time in a decade and a half.

The last time the Mets had an offseason that really changed the perception of the club was Minaya's first one as GM in the winter of 2004-2005. The Mets first signed Pedro Martinez in December and then signed Carlos Beltran in January. There was real buzz around the team for the first time since Bobby Valentine was sacked. The Mets weren't a great team in 2005, as we talked about in my series of posts on that year, but the perception of the team all around baseball had been upgraded. The Mets need to get a couple of impact players in here, a lot of depth, and prove this season that they can truly compete. Combined with all the positive reviews Steve Cohen has received, accomplishing those things will make it much easier for the Mets to attract players and people to work for the organization.

There was a thought among people who cover the game that things would move fairly slowly with the free agent signings this winter. I think this will be the case with mid-tier guys, but I expect to see some movement at the top of the market fairly quickly. Teams are likely waiting for the non-tender deadline next Wednesday to see what else might shake loose, and then I really expect to see things start to heat up. Nothing is a given, since the Mets won't be the only team spending this winter, even if the field is cut down somewhat, but I would expect and hope that we Mets fans are going to see some action this month.

I remember Carlos Beltran at his press conference in 2005, talking about the "new Mets". It really felt like something new was beginning. I got that same feeling listening to Steve Cohen and Sandy Alderson at there press conference. We're right there at the beginning of something new again — even more so this time with the departure of the Wilpons — and I do think there will be at least one major signing in December. I'm excited about what's to come.