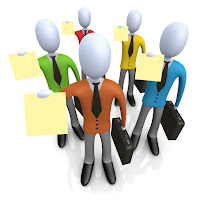 Ken Rosenthal and Jayson Stark had a piece in The Athletic today about the difficulties that the Mets and Phillies are encountering in their respective searches for a truly great candidate to lead their organizations. Teams that already have highly regarded executives are holding onto them, as is the case with the Brewers and David Stearns. Now that Theo Epstein has stepped down from his job with the Cubs, there are sure to be rumors connecting him to the Mets and Phillies jobs. However, Epstein indicates pretty strongly that he's not going to be working for anyone else this year:

In a letter sent Tuesday to friends that was obtained by ESPN's Jeff Passan, Epstein said: "Next summer will be my first in 30 years not clocking into work every day at a major league ballpark."

He added that he does "plan on having a third chapter leading a baseball organization someday, though I do not expect it to be next year."

Of course, saying that he doesn't "expect it to be next year" obviously doesn't preclude him from changing his mind and taking a new job. Epstein already has taken the Red Sox and the Cubs to the promised land, and would be an attractive candidate to do the same with the Mets. We haven't been waiting as long as the Cubs and Red Sox did for their championships, but it sure feels that way sometimes. Epstein has proved that he can do it in a couple of very tough markets, and New York certainly wouldn't be any easier.

You'd obviously have to throw a whole f***load of cash at Epstein to get him to come to New York, but I can see it happening. If he really does have his heart set on taking some time away from the game, however, I wouldn't be in favor of the Mets trying to buy him out of that idea. Whoever the person winds up being that gets the head baseball job here needs to absolutely all in, nothing less, no matter how good a resume they possess.

Some of the names in Rosenthal and Stark's piece are really intriguing. Chris Antonetti and Mike Chernoff from the Indians, Erik Neander from the Rays and Stearns would all be great hires. But there are questions with all of them if they really want to come to New York, and whether the Mets could even get permission from their clubs to talk to them, anyway.

A couple of other names interest me not at all. Brian Sabean of the Giants has been a name discussed for both the Mets and Phillies, but Sabean's success was part of another era. There's a reason he's no longer in charge of things in San Francisco. Dave Dombrowski, probably pretty unlikely to take a job here anyway, does not have a resume in building organizations. I think the Red Sox made a mistake in hiring him, despite the fact of winning a World Series. That organization is still recovering from his time there.

As great as it would be to have a big name here, I wouldn't mind them hiring someone with great talent and promise from that next tier of candidates down and letting Alderson help them get started. Maybe hire a GM and not a president and let Alderson work with that person for a year or two.

Big names in another organization are really tough gets right now, as Rosenthal and Stark noted in their piece:

A number of factors enter into the equation. Many of today's executives have young children, making them reluctant to relocate. As Baer said, many place significant value on workplace culture and loyalty. And even those execs eager to advance their careers are not always free to depart, not when their owners can deny permission for them to interview with other clubs if they are under contract.

"A lot of ownership groups right now – and this has changed over the past decade, maybe over the past five or eight years – are looking at executives as competitive advantages or disadvantages," one current executive says. "They’re treating us a little bit differently now. In some ways that’s good because it has meant escalating salaries for all of us. In some ways it’s a challenge because it limits movement."

The thing about all of the big names being discussed is that they all were given a job before they became huge names. I know that Steve Cohen said he doesn't want to pay someone to learn on the job. Certainly I wouldn't be in favor of another front office virgin like Brodie Van Wagenen being handed the keys. But finding a truly talented, experienced assistant GM and surrounding him with the right people might be the way to go here, particularly if all of the best names are no-goes.

The one person interviewed, Michael Hill, did some good things with the Marlins and does have experience in running a club. Maybe he's the right man for this job. Of course, the pressures in Miami are much different than the pressure of winning in New York. He got kudos for winning with a tiny payroll, but it's a lot different when you're allowed to spend and expected to win.

I don't pretend to have the inside knowledge of this industry that would allow me to evaluate lesser names for their potential, but I assume Alderson has access to that information. I also understand that finding someone that has all of the right qualifications and skills, both in running an organization and building a team underneath them to accomplish all of that organization's goals, is tough enough. Finding one of those that can stand up to the pressure of operating in New York adds another layer of complexity to the whole search. Alderson, who certainly has experience with the pressure of this market, would be an ideal mentor for whoever is hired. As tough as finding the right one can be, if the Mets can find that person, the possibilities for really building a true Mets identity are infinite.

Hiring for an important position is always a challenge, and the safest route would be to find someone who has enjoyed success in a similar position. However, if that route isn't open to the Mets, that shouldn't mean that they're settling for second best. Hopefully the organization can find the next great baseball executive who can establish their fame here. Rather than being a story about who the Mets couldn't get, let's make it one about who they did.

Also in The Athletic today is a long piece by Marc Carig and Tim Britton on Sandy Alderson's return to the Mets. Of particular interest, at least to me, were the descriptions of all of things Alderson was up against his first time around with the Mets, particularly when it came to working under Fred and Jeff Wilpon:

The Mets often couldn't plan ahead for the offseason. That's because the Wilpons typically did not provide a clear picture of the budget. One person close to Alderson attributed the inconsistency to Jeff Wilpon's indecision. "Jeff wanted to win," the person said. "But he'd go back and forth between wanting to win and pushing his ideas versus it's about the final dollar. That was the battle. It was never consistent on what that approach was. Sometimes you'd hear, 'Oh, we have no money going into this offseason.' Then all of a sudden on Jan. 15 or Feb. 1, it's like, 'Oh, you've got another $10 million you can spend here.'"

As a result, the Mets rarely could target specific players and pursue them early in the winter. Any strategy would have been undermined by a budget that might expand unexpectedly, or even contract.

Those realities only increased the pressure coming from ownership. Despite a long track record of drawing the ire of fans, the Wilpons were preoccupied with public perception, particularly when it came to the media. That meant every potential move was scrutinized through that lens. Those concerns, combined with a tight budget, meant that the Mets could not afford to miss on their signings. Even mid-tier expenditures, such as the acquisition of Michael Cuddyer, became referendums on future spending...

...Teams around baseball began spending heavily on technology and player development. Those long-term investments, they hoped, would lead to systems that churned out the kind of cheap homegrown big league players required to win while controlling costs. But under the Wilpons, those efforts never took a priority.

According to a source, the Mets’ annual budget for technology such as TrackMan, bio-mechanical tracking and other infrastructure lagged well behind the industry standard. At some points, rival clubs were spending 10 times more on similar resources.

I guess if Alderson gets frustrated by his efforts to find a top-flight executive to run baseball operations, he can console himself that he's dealing with Steve Cohen and not Fred and Jeff. As important as it certainly is to find the right person for that job, there isn't any hire the Mets could have made to change the trajectory they were on if the Wilpons didn't sell the club to Steve Cohen. That's why I'm not sweating whether the Mets can pry a big name out of another organization.

Okay, that'll do it for me today. Thanks for stopping by. Please stay safe, be well and take care.