To Everything There Is a Season 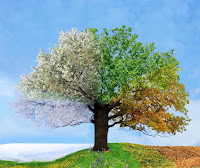 I mentioned in my post a few days ago that I'm not on the trade for Francisco Lindor bandwagon. It feels kind of lonely where I am, because I think if you polled Mets fans the vast majority would be in favor of this move. The idea, and it certainly has merit, is that Lindor is an absolute superstar available in his prime, much like when the Dodgers acquired Mookie Betts from the Red Sox. Lindor just turned 27 a couple of days ago, so the idea of trading for him and then signing him to a multi-year contract is much more appealing than your typical free agent signing, where most players are 30 or even a bit older.

There are some important differences between the Betts/Dodgers and a potential Mets/Lindor deal, however. The first is the difference in where the 2 franchises are in their respective timelines. The Dodgers were sold to their current ownership group in 2012, with the Betts deal coming 8 years later after substantial upgrades to their farm system and the rest of the organization. The Mets are an organization that is reeling from the last years of Wilpon rule and ill-advised deals by former GM Brodie Van Wagenen. The farm system, particularly at the upper levels, is painfully thin.

Another important difference was in the composition of the Betts deal. The Red Sox were desperate to rid themselves of David Price's contract, which had them owing the pitcher $96 million over the final 3 years of the deal. By also taking on Price and half the money owed him by the Red Sox, the Dodgers were able to offer what is regarded as a relatively light prospect haul in return. There is no bad contract that Cleveland is looking to dump that would help the Mets give up less in players for the shortstop, rather the persistent rumor is that Cleveland is looking for 3 major leaguers in return, which could also include prospects close to major league ready. They're not going to take an offer for the bottom 3 guys on your major league roster, either. They need to be able to justify the deal with their fanbase.

While I can foresee a day not too many years down the road where a deal like this can make sense for the Mets, I just don't think they're in that spot today. Rather, I believe that patience and restraint — neither of which come naturally to me in my own life — are called for in the early days of this brand new Mets regime. Joel Sherman had a piece in the New York Post today where I believe he made some excellent points:

The Mets are depth challenged at the upper minor leagues. Thus, they should be keeping as much — if not all — of their major-league collateral as possible to withstand the long season since they cannot expect much help from below in 2021. Following this philosophy would eliminate the Mets from serious trade discussions for someone such as Cleveland shortstop Francisco Lindor...

...When asked over the weekend if he agreed with the strategy that the Mets should be using financial capital rather than expend personnel to make improvements, Alderson said, "Absolutely right. There are only two currencies in baseball — one is players, the other is money. If you are not spending money, you have to spend players. … We have to be careful how we use players in transactions."

What I believe Sherman was saying, which is aligned with my own thinking, is that the Mets are in a place this winter where the currency they should be primarily looking to spend is money. Thankfully, Steve Cohen is going to allow the club to spend money. In an offseason featuring a rather down market for free agents and non-tenders, that money can go quite a long way towards building organizational depth and starting the Mets on a multi-year journey into resembling something like what the Dodgers are right now.

To justify a trade for Francisco Lindor, you're going to have to both get the player and then sign him long-term. You're going to be giving up quite a bit in both kinds of currencies Alderson was discussing. I'd rather see the Mets husband their player currency very carefully and spend the cash currency on multiple starting pitchers, relievers and a catcher, while filling out their roster with as many upgrades as possible.

Now, am I going to throw a tantrum if the Mets do decide to trade for Lindor because I don't agree with it? Of course not. I have to trust if the deal is made that the organization has carefully considered the cost in both currencies and has decided that it was worth it. And I'm sure that I'll absolutely love watching Lindor compete in a Mets uniform. You love to see a truly great one in blue and orange.

Part of me says, make the trade, sign the player, and then figure out how to compensate for the cost in player and cash currency. Of course, I said something similar to myself when I was a kid in my late teens who just had to buy that Camaro that needed a ton of work. I loved that car, but it didn't fit into where I was in my own life and it didn't go all that well for me. It would have made sense if I had a job where I was making more money and could afford to do what needed to be done. Right opportunity, wrong time.

I keep coming back to a strong feeling that a trade for Lindor doesn't fit into what the Mets need to do this offseason. Just like the times in my own life when I had to decide to postpone something that I really wanted because it wasn't the right time to pull the trigger, that's the place I think the Mets are in when considering going after Lindor. I agree with Sherman that there are moves that make so much more sense for the Mets this offseason.

There might be trade possibilities in which teams desperate to move money would take little in return. It is another form of free agency. And the Mets should be players there. That is about trading second- and third-tier prospects.

Exactly. The bold move is always much cooler than exercising discipline, but it's going to take an awful lot of discipline to get the Mets to where they need to be. They're not looking to tank for several years to build out their thin farm system, and I'm grateful not to have to live through that. But it's a lot harder to build a great farm system while you're competing every year, and discipline is going to be a big part of that. Discipline right now looks like taking advantage of opportunities that make the most sense, even if you have to let some really attractive opportunities pass you by.

I understand that any team that trades 3 major league players to the Indians for Lindor is going to do their best to sign the player, so it's unlikely that he'll be available as a free agent after next season — although, if he is, I'll be all in on the Mets trying to sign him. It's hard to watch an opportunity like this to get a great young player pass you by, but that's still exactly what I believe the Mets should do. I hope that if an opportunity to obtain a great player comes up down the road in a couple of years that the Mets jump all over it.

I wrote back at the end of last month, when it looked like Mayor de Blasio might be looking to stop Steve Cohen from taking over the team, that the last decade of hot stoves under the Wilpons felt like opening your presents on Christmas morning and finding nothing but ugly sweaters and school supplies. Lindor feels more like getting the brand new Xbox with a bunch of cool games. Part of me really wants that damn thing, but I think there's a lot of cool stuff coming down the road.

Lisa got out of the hospital this weekend, which was awesome. Now that she's home there's a lot to do, so bear with me for a bit if my output gets a little sporadic. She's doing great, and I'm sure that things will lighten up soon and I'll be able to post more regularly.