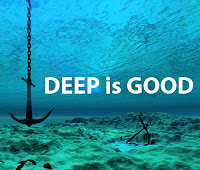 Although anything certainly can happen, we're probably not going to see a big flurry of moves in baseball over the next two weeks. The Mets have made some progress in signing depth pieces, while also adding Trevor May to the bullpen and inking James McCann to a four year deal. Getting Jared Porter into the fold as their new General Manager was important for this offseason and for the future. They still have a lot left on their to-do list, however. If they went into battle with the players already under contract, you'd probably be looking at a .500 baseball team, and that would be dependent on key players staying mostly healthy. Of course, we'd all bet the farm that major additions are still coming, and we would be pretty disappointed in 2021 if the Mets weren't at least strongly competitive for a playoff spot.

Competing next year is going to involve the Mets adding at least one good starting pitcher for their rotation and, most likely, a starting position player. It's unlikely that they will shop in the luxury aisle for both of those players. If they decide to sign Trevor Bauer to bolster their rotation they will likely sign a position player from the second tier options, such as inking Jackie Bradley, Jr. to play CF. If they sign George Springer, Jake Odorizzi is probably the high end of who they might target for the rotation. Like I wrote yesterday, it seems likely that making a trade for Nolan Arenado would preclude going after Springer or Bauer.

I don't claim to have any inside information on Steve Cohen's thinking, but he did talk about winning the right way and building something sustainable. He also spoke specifically about not wanting to saddle the Mets with a bunch of big contracts of players who were past their prime a few years down the road. There was also that specific mention of not spending like a drunken sailor. The sum total of all these things would argue against multiple big money additions.

I was catching up on some of the reading that I didn't have the time to give full justice to last week. One of the ironies of spending time blogging is that it takes away from reading time, but I still have to try to read as much as I can from quality sources if I hope to write at all intelligently in this space. I only had time to skim Tim Britton's excellent piece in The Athletic last week on new Mets GM Jared Porter, so I put it aside to delve into more deeply this weekend.

New GM Jared Porter spent a lot of time talking about depth at his press conference, but not in the manner that the Mets used to do depth under Wilpon management. When the Mets in previous years have had to reach beyond their 25-man roster because of injuries, it usually involved bringing up players who were unlikely to provide much in the way of help, as Britton pointed out:

For the last several years, even going back to the end of Alderson's tenure as general manager, the Mets were shallower in Triple A than a kiddie pool. When call-ups were needed, New York trotted out outfielders like Travis Taijeron, Matt den Dekker, Austin Jackson and Kevin Kaczmarski. They played José Bautista and Jack Reinheimer on the infield. They started Adam Wilk and Tyler Pill, Wilmer Font and Ariel Jurado. In 2020’s 60-game season, they converted two relievers to the rotation on the fly.

That's not something I blame any of the recent Mets regimes for, whether it was Minaya, Alderson or the late, mostly unlamented Brodie Van Wagenen. They had major challenges with the resources they were handed in building an adequate 25-man roster. The bench too often offered little flexibility to Mets managers, and the lack of quality depth in the bullpen often forced them to over-rely on their best relievers in games they hoped to win.

I think roster depth has taken on a negative connotation for Mets fans because it has come to signal a bunch of Quad-A talent and relievers like Paul Sewald who consistently failed to get major league hitters out. What little depth the Mets did manage to build, particularly in pitching, was often squandered by Van Wagenen's clumsy handling of the roster. But if sustained success is to be more than just a meaningless slogan here, a different kind of depth and a better handling of that depth will be required.

"It's really important to create a situation where you're a really hard team to play against. You're hard to game plan against in all areas. Over the course of 162 games, a lot comes up. There's ups, there’s downs — players go into slumps, pitchers get hurt. Having a setup where it’s really hard for teams to prepare against you because you have a good layout and players coming behind them is critical. That's something we can attack right away."

As Britton noted, Porter differentiates between depth and "quality depth", basically the difference between the type of cannon fodder the Mets used to stockpile and players that can come up and help a team bridge the gap when a player goes down for a while. Sadly, we Mets fans are all too familiar with a promising season going down in flames after the Mets were forced to tap into their inadequate reinforcements.

Solid depth comes from a lot of different places, and it's more than just signing some former major leaguers to your Triple-A club. It's building depth in your farm system beyond just a small number of top prospects. The Mets have enjoyed a sprinkling of interesting players in their minor league that managed to make the jump to the big leagues. On the current roster, there are pitchers like deGrom, Steven Matz (who has been useful before last season's debacle), Noah Syndergaard, Seth Lugo and David Peterson. There are position players like Pete Alonso, Andrés Giménez, Luis Guillorme, Amed Rosario, Jeff McNeill, Dom Smith, Michael Conforto and Brandon Nimmo. They've done a decent job in developing some solid major league talent in recent years.

Where they have come up short is in developing enough talent to have the flexibility to trade away some of it while holding onto the cream of their system for themselves. What hurt the most about Brodie Van Wagenen dealing away some good young players who were close to major league ready was that there wasn't much at the upper levels beyond those players. It's why the Mets are not really in a good position to try to make deals that would cost them prospects at the present time. Building that kind of prospect depth would add greatly to their flexibility going forward.

Having solid depth in their farm system would also give the big club a lift in the way that David Peterson was able to do for them this season. Unfortunately, while Peterson was able to plug a big hole for them, there were just too many holes and too few quality hole pluggers to salvage another season lost to lack of depth. The way that changes going forward involves hiring some great people throughout the organization and identifying talent in places where the Mets have come up short under the Wilpons. To quote Jared Porter again from Britton's piece:

"Ultimately to put a great team on the field, you need players flowing from all those areas."

So, while I'm admittedly as excited as anyone to see the Mets get another big piece in here this winter, I honestly am also looking forward to seeing the smaller moves play out, too. I'm interested in seeing the Mets build the organizational depth that will mitigate against a couple of big injuries being a season killer.

There are some big decisions that lay ahead. Michael Conforto, Noah Syndergaard and Steven Matz are free agents after this season if not signed to new deals, as is Marcus Stroman. deGrom is under contract for 2021 and 2022, then he can opt out. Brandon Nimmo is under team control for 2 more seasons, then he can leave. Same for Seth Lugo. Obviously the Mets will not hold onto all of the players, but being better at finding and developing talent would be crucial to handling decisions like these and replacing the ones they choose to trade or let go. For any fellow baseball nerds out there, it will be fascinating to watch all of this come together.

Okay, I'm out for today. I'm not sure how everything is going to fall this week and next with the holidays, but I'll do my best to get fresh content up throughout. In the meantime, please stay safe, be well and take care.