My Cup Runneth Over 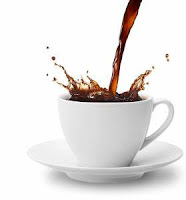 I'm trying really hard to remember back a couple of days ago to what it felt like when the Mets were still trying to find a starting catcher and a GM. Try as I might, I just can't recapture that feeling. Not that the club's shopping list is all checked off by any means, but things have a right on schedule vibe to them now rather than a when the hell is something going to happen? feel. This contentment will last for precisely as long as it takes for word to leak out that the Mets are deep into things with Springer or Bauer, but I figure I might as well enjoy it as long as it lasts. Serenity is a transitory emotion.

All kidding aside, it really does feel like the team is in a better place today to many of us, probably not so much to folks who really had their heart set on the Mets signing J. T. Realmuto. Like I said yesterday, signing James McCann is going to be much tougher for Mets management to defend if things don't go well this season that signing Realmuto and having that deal turn out bad. Realmuto was the guy with the track record, while McCann is about projection. This really will be the first chance we get to judge the new front office on their own merits and, hopefully, start to develop some trust in their judgement.

Speaking of the front office, welcome to new incoming GM Jared Porter. The early reviews are raves, and I'll take their word on things until there's something concrete on which to judge the man. Porter seems to have a foot in both analytics and traditional scouting, which is mandatory for a modern GM. His last job was in Arizona, but before that he was with the Red Sox and then the Cubs, and that's a good background for understanding what needs to be done to run a team in a large market with modern ideas. Just as important, now the local media can move on from dismissing the entire Steve Cohen regime as a failure for not filling their front office job promptly.

Back to on-the-field guys, I saw quite a few takes on Mets Twitter that accused the team of cheaping out by going with McCann as the new catcher. I kind of get it. There was a feeling of euphoric optimism when Steve Cohen first took over that the Mets might spend on multiple guys at the top of the market, and all they've really done so far is bring in a right-hander named Trevor who wasn't Bauer and the catcher that was viewed as the consolation prize in the Realmuto sweepstakes. I get the disappointment.

I said yesterday that there's literally nothing that Cohen, Alderson and soon Jared Porter could do that would earn them unanimous approval from the entire fanbase. Alderson and Cohen are familiar enough with this market to understand that. Porter has plenty of years in Boston and Chicago to know that, too. But I'm sure there is still a strong motivation to let as much of the fanbase as possible go into the season with a real positive feeling, and that's going to take at least one marquis signing. My vote is for George Springer and a quality starting pitcher, but I understand that I might not get my top choice.

Joel Sherman had an interesting piece in the New York Post yesterday that asked a question that I've been thinking about, what if the Mets decided to stay away from the top of the free agent market completely? No Realmuto, no Bauer, no Springer. As I've said, nothing could make every single Mets fan happy, but that approach wouldn't make many of us happy at all.

Let me state right here that I wouldn't be in favor of the team taking this route, but let's put ourselves into Steve Cohen's shoes for a moment. Sandy and Jared Porter come to you and ask you to consider an approach that completely avoids the top of the market. They are fully convinced they have a strategy that would absolutely make the club better both in 2021 and going forward — one that gives a realistic shot at winning a championship in 3-5 years while also allowing them to challenge the Braves this season. They lay it all out for you and you see the wisdom of their plan.

You understand full well that you're going to absolutely get roasted in both the traditional media and on social media platforms. You remember how the former owner got the nickname "Fred Coupon" when everyone was questioning his tight-fisted approach to ownership and wonder what name they will come up with for you. Do you have the guts to go forward with the plan your brain trust has shared with you? I'd like to think I would, but it surely wouldn't be a walk on the park.

For what it's worth, I really think the Mets need to add a Springer or Bauer to this roster if possible, and for several reasons. Ball clubs need depth, and that has absolutely been a weakness of this one for a while, but they also need to be built around stars. Stars make a team better, and they also excite fans and sell tickets. Because baseball isn't just a theoretical exercise in applied mathematics, it's also an entertainment industry at its heart. Selling more tickets brings in more revenue, and that helps the team to spend more on better players. I think there are many good reasons to bring in at least one big name star this winter, particularly when the Mets are working hard to break free from the moribund fog of low expectations that surrounded this club for so many years.

But I have to ask myself what I would do if the Mets went hard after Springer and Bauer, ultimately lost them to other clubs that were willing to overpay to get the players, and the Mets had to pivot to lesser players? I'm a pretty reasonable guy, but that would be quite a disappointment. If they actually chose to go that route, I would likely feel more than disappointment, but I'd probably wait to see how the season progressed before making a final judgement. For sure I would go into the year with a somewhat diminished enthusiasm level, however, and I wouldn't be alone in that regard.

All that being said, I really do have a tremendous appreciation of the myriad of challenges facing the Mets this offseason and beyond. Making the club better now while simultaneously supercharging scouting and development and building something sustainable will require a light, nuanced touch. Every decision has to be made as part of an overall strategy, taking into account its impact on the present along with what it means down the road. There's never been a more interesting time to be a Mets fan who follows the team year round and cares about the nuts and bolts of building a winner.

And now we have a new bench coach, too. Welcome back to the Mets, Dave Jauss. The dominoes continue to fall as 2021 comes into sharper focus.