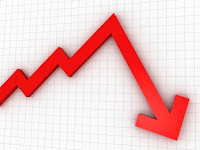 The Mets made some moves today. While nothing happened that will cause fans to become euphoric, it was a fairly significant day for the club nonetheless. What seems most impactful was that the club making the decision to name Zack Scott as the acting GM. Look, everyone knows that Alderson will be calling the shots on the major moves, but it's still important to have a clear chain of command. Scott was a runner up to Jared Porter for the GM job the first time around and the most likely candidate to receive the acting GM title. In his statement, Sandy Alderson said that he and the rest of the baseball operations staff would "continue to work collaboratively", and I'm sure there is an element of truth in that, but even the most collaborative of work places needs a clear chain of command. Someone has to have final say on details that Alderson decides to delegate.

Since it was extremely unlikely that the Mets would be able to hire someone from another organization at this late step, elevating Scott to the acting role seems the right call. Maybe he really impresses and the Mets decide to give him the permanent GM job at some point in the future, or maybe they go back to trying to make a big hire again next offseason after folks around baseball reassure themselves that Steve Cohen isn't going to fire them the minute one thing goes wrong. Also important, giving Scott the interim job turns the page on the whole Jared Porter fiasco, at least in as much as that's possible right now.

Very much in the category of minor decisions, the Mets have reportedly signed lefty Aaron Loup, most recently of the Tampa Bay Rays, to a deal. This would seem to create a market for T-Shirts that say "The Nationals signed Brad Hand and all I got was Aaron Loup," but it's not a bad signing. He's an established, effective lefty reliever, whereas everyone else on the current roster is a big question mark. Loup isn't the signing we were all hoping and praying for, but it's the sort of move we need to see more of as the season approaches. As I noted a few days ago, there are still a lot of holes on this roster with the scheduled start of spring training only weeks away.

Speaking of moves, as the Mets continue to be linked to free agent pitcher Trevor Bauer I find myself really torn. Every time the Mets have been linked to a free agent I've felt at least some reservations, but this is different. Before they signed James McCann I still had some hopes for a Realmuto signing, but I also understood big investments for a catcher on the wrong side of 30 usually don't pay off. Still, I would have been happy to see the Mets sign Realmuto. I was happy with the McCann signing, but it certainly isn't without risk. I wanted George Springer really badly, even though I understood he would age out of centerfield long before the end of the contract.

I'll tell you, though, Bauer is a different matter entirely. It's hard not to salivate a little at the thought of a rotation with Jacob deGrom and Bauer at the top, even with the worry that Bauer's success last year was an outlier compared with the rest of his career. That's a concern, of course, but not a deal breaker, at least in my mind. What's more worrisome is the history that Bauer has of getting into negative exchanges with women on social media. Whether or not you believe Bauer crossed a line, it's been an issue.

Jared Porter's transgressions happened while he was working for the Cubs, but the stink of it is attached to the Mets after they were forced to fire the guy so soon after hiring him. If the Mets elect to spend big bucks on Trevor Bauer, the large media contingent that covers the team will be salivating for Bauer to get into another exchange with a woman. If Bauer takes the bait, it's going to kick up a good sized stink, and that would be an own goal on the part of the Mets for bringing him in.

While I'm not someone who insists their team should avoid any personnel decision that might possibly bring some controversy, I'm not sure why the club would risk another bad PR hit with women so soon after Porter. Maybe you pay the big bucks to bring in Bauer and he doesn't regress to the pitcher he was earlier in his career and studiously avoids doing anything that comes across as misogynistic on social media. That's a lot of risk, though. If baseball is serious about attracting new fans, keeping in mind women make up slightly more than half the population might be wise.

I continue to believe it's really important for the Mets to change the narrative that surrounds this team on and off the field. Winning on the field is still the number one way to do that, but not making moves that have the potential to blow up in your face soon after suffering a blow like the need to fire Porter would be a part of that, too. So, if the Mets decide to bring in Trevor Bauer, they better feel pretty confident that Bauer isn't going to embarrass them. If the Mets do decide to sign Trevor Bauer, of course I'll root like hell that it works out. Still, there are just so many other choices on where to spend money, I just wish they'd consider a different course.

Like many Mets fans, I follow Steve Cohen on Twitter. I find many of his tweets amusing, and some of them newsworthy. I was somewhat confused when I first saw this one, however:

Eventually I realized that some Mets fans were questioning Cohen helping to bail out the company of someone who used to work for him after they lost a big investment bet shorting a company named GameStop. I don't have a take on whether it was a good idea or not, I honestly have no idea. What gave me some pause, however, were people who seemed to be legit Mets fans questioning whether Cohen's part of the reported $2.75 billion bailout was the reason the Mets weren't signing more free agents.

I consider myself to be a pretty intelligent person, but the idea of challenging the investment decision of a man who's made about $14 billion more than I have in my life seems like not so good of an idea to me. I do feel fairly confident, however, that GameStop won't prove to be 2021's version of Madoff. I'm also confident that Steve Cohen knows a little something about investing. If I felt compelled to start questioning the man's investment decisions on Twitter, I'd look really hard for a hobby to give me something better to do with my time.

The only tip I will ever offer here is this one: Please stay safe, be well and take care.