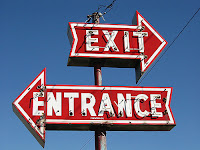 The Mets made an interesting move Wednesday night, getting involved in a trade between the Red Sox and the Royals. While Andrew Benintendi was the "name" player in the deal, Khalil Lee is the prospect coming over to the Mets. Lee will probably begin the season in Triple-A, so his addition gives the club an outfield prospect close to major league-ready. With the Mets system's real prospects at the lower levels, this adds a layer of roster depth they were previously lacking. It's also possible that Khalil Lee might see some playing time with the Mets before the season is over.

I've been reading about Lee a bit today. He's got speed, some power, and draws his share of walks. He also strikes out quite a bit and hits too many balls on the ground for today's game. Lynn Worthy of the Kansas City Star had a piece up last October on some of the Royals prospects. He reported this about Lee:

A 2016 third-round pick out of high school in Virginia, Lee likely would have made his Triple-A debut this year. He went to big-league spring training camp for the first time in February, and he has added both bulk and speed in recent years. Another left-handed hitting outfielder, Lee stole 53 bases and boasted a .735 OPS in 2019 to earn the organization’s minor league Player of the Year award.

Lee is also viewed as a player who thrives on emotion and whose level of play rises in a competitive environment.

So, while Lee missed a season of minor league development in 2020, he benefited from getting some advanced instruction at the Royals alternate site. Since this year's health and safety protocols allow for up to 75 players in major league spring training camp, we're probably going to see some of Khalil Lee this spring. While the Royals obviously wouldn't have dealt Lee in this trade if they thought he was a potential star in the majors, having a young, cheap outfielder in the system to provide some depth is a pretty good deal for a Mets team that hopes to contend every year.

The Mets gave up pitching prospect Josh Winckowski, one of the three prospects they received for Steven Matz. His career with the Mets organization was over before it began. The one significant note here was that Winckowski was only one of the three prospects not on the 40-man roster. The Mets had to DFA catcher Ali Sánchez to make room for Lee, further depleting their woeful catching depth. Obviously, the Mets didn't value Sánchez highly, but we're at the stage now where roster additions offer additional implications than just the player to be added.

Even so, it was somewhat surprising when Jonathan Villar's signing became official and the Mets DFA'd Brad Bach, a pitcher guaranteed around $2 million for 2021. Bach was pretty bad last year in limited appearances, but he was a veteran signed to a reasonable contract. Maybe I shouldn't be surprised that the Mets elected to keep such relievers as Drew Smith, Stephen Tarpley, and Daniel Zamora. They all have minor league options left, and relievers with options will be more valuable than their potential stat lines this season. Still, the Mets elected to keep Jacob Barnes and Franklyn Kilome — both with no options remaining — and that was surprising. When the Mets were rumored to be the frontrunner for Brad Hand, it appeared the Mets would have two Brads in their bullpen. Now they have none. Such is life.

In the piece I linked above on the Lee pickup, Anthony DiComo of MLB.com also noted that the Mets continue to search for potential takers on Jeurys Familia and Dellin Betances. As I wrote yesterday, I find it hard to believe that the Mets will find significant salary relief on those two contracts. The only way I could see it happening is as salary offsets in another trade. Of course, that would also require the Mets to include better prospects in a potential trade to convince their trading partner to take on one or both of their overpaid righty relievers.

I actually thought the Familia signing was a good move at the time. He wasn't an ideal closer, but I thought he would be a solid setup man. He had been good in that role after the trade to Oakland. He was only 29 and, to that point in his career, had a 2.73 ERA over 352 innings of major league work. He was obviously comfortable pitching in New York. The money seemed ridiculously high with 3 years at $6 million, $11 million, and $11 million, but I figured that the Wilpons would never bump up against the Luxury Tax threshold anyway. I was wrong — not about the Wilpons spending, but about Familia being a good setup man — and Jeurys' contract is quite the albatross in the final year of his deal. To put this money into perspective, Familia will only earn $1 million less than #2 starter Carlos Carrasco. Trying to buy a bullpen has decidedly not paid off for the Mets.

There are plenty of rumors flying around Twitter about ongoing trade talks. We're less than a week away from Mets pitchers and catchers reporting to camp in Port St. Lucie next Wednesday. It should be an active time these next few days. I'd be surprised if the 40-man roster didn't evolve even more this next week.

When something else happens, we'll be sure to discuss it here in this space. Until then, please stay safe, be well and take care.