Seth Lugo's Elbow Hurts All of Us 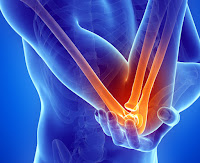 The bad news about Seth Lugo came along with my morning coffee. When I saw the words Lugo, elbow, and surgery together in the headline, my first thought was that the frayed medial ulnar collateral ligament in his elbow had finally went and we were kissing him goodbye for the season. While the news proved to be better than that, the Mets are going to have to figure out their bullpen without one of their best relievers for a while. Lugo will be shut down completely for "at least six weeks," then he has to ease back into pitching shape. And this is assuming no hidden damage when they cut into the elbow and no setbacks in his rehab. Given what we've seen previously with pitchers and elbow problems, would it shock you if Noah Syndergaard was pitching again before Lugo?

Even before we learned Lugo would miss some time, there were plenty of questions about this bullpen. Going into the winter, I would have rated the starting pitching and the bullpen as equivalent worries. The Mets did a reasonable job gathering candidates for the rotation, but I don't believe the additions of Trevor May and Aaron Loup did as much to soothe worries about the 'pen. I was surprised this week when the club elected to DFA Brad Bach over some of the other contestants for that honor. You have to wonder if they might have reconsidered if the Lugo news broke before that decision was made.

Even for outstanding teams nowadays, bullpens are always a work in progress. There was a time, back when I started watching baseball, that your bullpen often consisted of a couple of decent late-inning guys, along with over-the-hill guys on their way out, young pitchers trying to earn a rotation slot, and guys whose arms couldn't handle the strain of 30+ starts. Bullpens were obviously much less important back then. Much more was asked out of starting pitchers, while relievers like Tug McGraw, Roger MacDowell, and Jesse Orosco were expected to finish games even if they entered in the seventh or eighth innings. A team with a great starting 4 or 5 could often overcome a mediocre 'pen and win it all.

This isn't going to turn into a tedious lecture on why pitchers back in the day were "real men" compared to today's hurlers. It was a different time and a very different game. The modern game has evolved into starters pitching 5 or 6 innings and then one reliever after another trouping into the game to try to bring it home. The success of teams like the Rays has served to de-emphasize starting pitching even more, while the value of a strong, versatile bullpen continues to rise. But, of course, the Rays manage to accomplish this without $11 million setup men on their roster.

What's worrisome about the Mets bullpen is that there really are few "sure things" in that crew, at least in as much as you can depend upon any relief pitcher performing predictably. Edwin Díaz possesses truly outstanding stuff — truly as good as I've ever seen from a reliever. Unfortunately, harkening back to former Mets closer Armando Benítez, Díaz can seemingly go from dominating to walking off the field in infamy in the blink of an eye.

As frustrating as he can be, I'd rather have a guy with that kind of stuff as my closer than someone like former closer Braden Looper. Looper got a lot of hate from Mets fans back in the day. I never thought it was warranted. I felt that he competed really well with the limited stuff he possessed but was often undone by soft hits or making one mistake. Even John Franco, a much better pitcher, would often get bled to death on the mound by his inability to overpower anyone.

However, my confidence in Díaz is highly dependent on the knowledge that others in the bullpen can close out games if he decides to implode as he did in 2019. With Lugo out for a good chunk of time, there is one less reliever that you can count on as a backup. Even as bad as Jeurys Familia and Dellin Betances were last year, I wonder if the Mets continue to try to move them now that Lugo is on the shelf. They're both guys you can at least hope for bounce backs to being relatively dependable late-inning relievers.

One thing we haven't seen much of from the Mets is the ability to construct bullpens. It's been a weakness of this club for quite some time. Even in the 2015 World Series, the Mets were cobbling together a bullpen out of Tyler Clippard, Addison Reed, Sean Gilmartin, Jon Neise, Hansel Robles, and Bartolo Colon with Familia as the closer. Clippard and Reed were late editions to the 'pen who helped carry the Mets to the Series. They were so overused by that point that they were ineffective against the Royals, who were able to counter with a devastatingly effective relief crew.

There are many things I hope to see from the new Mets front office. One of the most important would be the ability to put together effective bullpens without investing an enormous amount of their financial resources into that effort. Maybe this early blow to that undertaking will be the catalyst to allowing Alderson, Scott, and the rest of the crew to show us that they're prepared to accomplish that. I know that I'd be much more confident in this team's future if they proved adept at assembling a bullpen.

We're mere days away from Mets pitchers and catchers reporting to camp in Port St. Lucie next Wednesday. Despite that fact, while Mets GM Zack Scott was doing a zoom call with Mets beat writers Friday, he emphasized the Mets were "definitely not done trying to make improvements to the team." He cautioned that things being discussed could happen or not, as with any negotiations with other teams or individuals. That really should go without saying, but Scott was probably concerned about building expectations for some sort of a big deal after the near misses of the past month. I don't know that something big will happen, such as a long-rumored Kris Bryant trade, but I fully expect more roster changes between now and next Wednesday.

I'm sure later on there will be some write-ups on Scott's press availability. For now, I can only go by the tweets of some of the reporters. One other item that really caught my eye:

Scott: "There should be plenty of time to talk through" potential extensions with Lindor and Conforto during spring training.

I know I'd like to see a real effort to come to a long-term deal with one or both players. I understand the argument for seeing how Francisco Lindor adjusts to playing in the big market. However, as I wrote last month, Carlos Beltran struggled in his first season with the Mets, but then did great. I don't think the Mets want to go into next offseason attempting to either sign or replace Lindor, Michael Conforto, Noah Syndergaard, and Marcus Stroman. That would be crazy. It's not likely that they're even going to attempt to sign Syndergaard or Stroman this spring, so it would seem to me that a sincere effort to sign Lindor and/or Conforto would be hugely important. Here's hoping.

Okay, that will do it for me today. Please be safe, stay well, and take care.