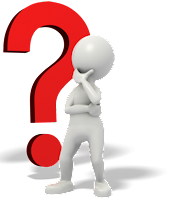 When you have a team that's been together for a while, with most of the key players returning, spring training becomes boring fairly quickly. That's certainly not the deal with the Mets this season. Two, possibly three, members of the starting rotation are brand new to the club. In the field, there will be a new catcher, shortstop, and a rebuilt bench. There will be new guys in the bullpen this season as well.
The coaching staff has undergone some changes, too. Dave Jauss is replacing Hensley Meulens as bench coach, Tony Tarasco replacing Tony DeFrancesco as first base coach (an exchange of Tonys, if you will), and hitting coach Chili Davis doing his job in person rather than remotely this season. Plenty of changes are taking place behind the scenes, also, as the new front office overhauls a Mets organization that has become synonymous with inept management and losing for most of the last couple of decades.

We'll be getting our first look at pitchers Carlos Carrasco, Joey Lucchesi, Sam McWilliams, Jordan Yamamoto, Trevor May, and Aaron Loup in a Mets uniform. We've seen some positive reporting on McWilliams, with thoughts he can be an effective multi-inning reliever as well as a spot starter for the Mets. Having pitchers in the bullpen who can do more than one-and-done inning outings will be crucially important this season, and really in the long-term also. The regularity of starts that last 5 innings or less will demand that successful clubs build flexible bullpens. As I noted in Thursday's post, manager Luis Rojas has indicated that he hopes to have almost all of his bullpen arms stretched out to go a couple of innings by the end of spring.

In the field, we can begin to learn if James McCann is the player that the Mets evaluated him to be when they signed him to that 4-year contract. If he is — and he can stay healthy — the Mets will have some stability at their catching position for the first time in a long, long time. It's almost irrelevant how much he hits, as long as it's enough to justify a lineup spot. What matters is that McCann earns the trust of the pitching staff and is solid defensively.

Behind McCann, it's also important that Tomás Nido prove that he really has made strides offensively. Nido offers enough defensively to hold down a backup catching job, but he has to prove that he's more than the offensive lightweight who carries an anemic lifetime OPS+ of 49 into this campaign. I'm sure he'll get enough at-bats this spring to prove himself. While some players can mess around in March, secure in their place on the team, Nido clearly does not fall into that category. If he struggles at the plate, the Mets will be under some real pressure to find someone better than Bruce Maxwell or Caleb Joseph to backup McCann.

Francisco Lindor will be making his game debut for the Mets tomorrow. Many of the Mets' hopes of shoring up their defense center around their new shortstop. Not that Andrés Giménez wasn't solid at the position last year, but he was also a 21-year-old kid in his first Major League experience. Beyond his own abilities, Lindor will be asked to be a leader in the field, with the hopes that he elevates everyone's game a little. Also, while I understand that Jeff McNeil and Luis Guillorme offer some value with their defensive flexibility, my preference would be for one guy (McNeil) to get the bulk of the playing time at second base. I think teams are better defensively when their middle infield combo has a chance to really know each other well. I'd like to see McNeil get at least 120 starts at second.

Unless there's a last-minute compromise on the DH, Dom Smith and Brandon Nimmo will be spending a lot of time together in the outfield this season. Both players have already spoken this spring about their belief that they can improve their defense in LF and CF, respectively. No one expects either player to win a Gold Glove, but a commitment to improving their defense is important and something that Rojas and the rest of his staff should be stressing all season long. My sincere hope is that the days of just shrugging and accepting sub-par defense for the Mets are over.

DH or not, I expect Kevin Pillar to be an important contributor to the Mets in 2021. Pillar doesn't feel as if his defense in CF has regressed as much as metrics are indicating. As long as he can be solid in that position, he'll be a valuable contributor. Moreover, he's a right-handed hitter who has handled lefties well over his career, slashing .286/.320/.464 with an OPS+ of 121 against southpaws. Unless there is a DH this season, I'm not sure that José Martínez even makes this roster out of spring training, which would only increase Pillar's importance as a RH bench bat.

Another newcomer, Jonathan Villar, is expected to contribute as a backup infielder. Villar brings a decent offensive track record, some real speed, and a reputation for not always making good decisions on the ballfield. Can Rojas get the best out of him while trying to curtail his liabilities?

Joining Villar as a potential backup infielder on the squad is incumbent Luis Guillorme, who enjoyed a terrific, albeit small-sample size, offensive campaign last year. Unlike Villar, Guillorme is a really smooth defender who can play shortstop very well. No one expects him to hit .333/.426/.439 again, but putting up solid offensive numbers over a full season would make Luis a very valuable player for the Mets.

I mentioned earlier that José Martínez might have an uphill battle to make this roster out of camp. I wouldn't sleep on the man, however. Over three seasons from 2016-2018, Martínez slashed .309/.372/.478 in just under 1,300 plate appearances. In his career, he has hit southpaws to the tune of .307/.382/.534. If hitting coach Chili Davis can help him to find his stroke from those years, Martínez could contribute to the left-handed skewing Mets lineup in a part-time role.

These are just some of the things we will be looking for, starting tomorrow when the Mets travel to Jupiter, Florida, to take on the Marlins. Manager Luis Rojas has already announced his pitchers for the inaugural spring contest:

Here's who will pitch for the Mets in tomorrow's Grapefruit League opener against the Marlins:

Harol Gonzalez has been in the Mets' system since 2014. He's a rather small RHP who doesn't throw very hard and is unlikely to become much more than bullpen/starter depth.

Sean Reid-Foley is one of the pitchers acquired for Steven Matz this winter. I'll be curious to get my first look at the right-hander. Unfortunately, since the game isn't televised anywhere, that will have to wait until later this spring. I'll be interested in seeing what the reporters covering the game have to say about him.

Ryley Gilliam is an even smaller RHP than Harol Gonzalez. However, unlike Gonzalez, he has impressive strikeout numbers as a minor league reliever, combined with too many walks. He was a college arm, so he has to figure it out pretty quickly. A good year in the minors might make Gilliam a candidate for the bullpen in 2022.

Trevor Hildenberger is a side-arming right-handed reliever. He had some early success with the Minnesota Twins, then injuries derailed him somewhat. A long-shot candidate for the bullpen this year. If he's healthy and effective at Triple-A, we will almost undoubtedly see him this season as one of the pitchers shuttling back and forth between the New York Mets and the Syracuse Mets.

Stephen Tarpley is a left-handed reliever with some Major League experience, most recently with the Marlins last season. He has a couple of minor league options left, making him another potential commuter on the Syracuse-Queens shuttle.

Thomas Szapucki is the one guy of the bunch that I would most wish to see this spring. He was a very well-regarded left-handed pitching prospect who is still looking to come all of the way back from Tommy John surgery. If he has success this season, he could easily get some time out of the Mets' bullpen. He still has ultimate upside as a potential Major League starter if he can stay healthy and continue to develop.

A quick bitch here about the Marlins: seriously, you're not televising your first spring training game? The apparent lack of interest in Miami in watching their team take shape means that I'll have to wait longer to lay eyes on the guys who most interest me. Right now, that would be all of them, except for Gonzalez. Maybe someone in the media tweets out some cellphone video of some of those guys and we'll at least get a taste.

The good news is that SNY will be televising Tuesday's home game vs. the Astros. It's already been announced that Jordan Yamamoto will start that game for the Mets. I'm looking forward to getting a first look at him. I know quite well that I will be bored with spring training in a couple of weeks, but probably not as much as usual, thanks to all of the interesting spring storylines. In fact, there may just be enough suspense about some of the roster decisions to keep things a bit compelling right up until Opening Day.

Thanks for stopping by today. Please stay safe, be well, and take care.