The Best Sleep I Ever Had in a Movie Theater 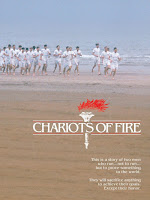 I get the feeling right now that the Mets offseason has come to a virtual standstill, awaiting Trevor Bauer's final decision on what is reportedly an offer the Mets have already made to the free agent pitcher. While we have witnessed a trend in recent years where big free agents are comfortable going past the start of spring training without signing, I honestly wonder how long the Mets wait on Bauer before they move on to alternate plans. The Mets supposedly went with James McCann over J.T. Realmuto because they wanted some certainty with the catching situation, but apparently are willing to wait indefinitely for the reality show that the Bauer sweepstakes has become to come to a conclusion. Maybe I'm just getting a little old and cranky, and admittedly Bauer isn't my first choice, but I just wish this thing could be resolved one way or the other without further delay.

I remember many years ago when I used to go to a lot of movies, a friend of mine raved about the English movie Chariots of Fire. According to him, it had all of the drama of Rocky, but it was a much better film. At the time I saw it, the movie was nominated for the Academy Award for best picture, an award that it would eventually win. I went to the movie theater expecting to be wowed, but never quite made it there. The story was about Olympic runners, but the pacing of the film felt glacial to me. I remember looking at my watch at one point, thinking it must be close to the end of the movie, and discovering that it was only 45 minutes into it. The movie, with a run time of over two hours, still had a loooooong way to go. It wasn't that long after that point that I fell asleep, snoozing soundly through until the merciful end of the movie.

After Chariots won the Oscar, I resolved to give it another chance. I thought maybe I was just tired the first time around, although I was in my early twenties and not prone to dozing off. (Nowadays I can sleep through even a great movie.) That time around I didn't make it past the first half hour of the movie. When I woke up I looked at my watch and saw that the movie had another 45 minutes or so to go. Thinking to myself, life is too short for this, I got up and snuck into another theater and rewatched Indiana Jones. Steven Spielberg's epic may have lost out to Chariots of Fire for best picture, but it kept me awake and entertained.

I resolved to give Chariots one more chance when it showed up on HBO after it left theaters. I didn't last 20 minutes that time, and never bothered to attempt the movie again. Lots of people loved that movie, but it was pure Sominex to me. Just hearing the theme music for the movie, which inexplicably managed to make it all the way to #1 on the U.S. pop music charts in May 1982, makes my eyes get tired.

Waiting for the Bauer sweepstakes to play out has taken on a Chariots of Fire vibe for me. If the thing doesn't wrap up soon I'm just going to ask Lisa to wake me up when it's over. I'm at the point where I believe I'd rather try to watch Chariots again then have to hear about one more Rachel Luba appearance teasing a conclusion. Honestly, I think I'd rather watch cheese age than have to sit through too much more Bauer drama. The Mets should really consider moving on if it doesn't resolve. For what it's worth, Jon Heyman and others are teasing a resolution to all of this:

Mets are engaged with Trevor Bauer. They expect to hear something — one way or another — in the next 24 hours or so. Situation is fluid but there’s hope. @ByRobertMurray tweeted that the sides are talking.

There does seem to be a growing consensus on a decision being made. While it's not over until it's over, of course, there's at least real hope that this thing can end before it puts me into hibernation. God help us all.

For those of you who, like me, live in the northeast and have Comcast for an internet provider, there's some good news. Comcast was planning to implement data caps starting in March. After some bad publicity for price-gouging during a pandemic, they've agreed to push that back until July. We've cut the cord in my house for tv service and, due to ongoing health concerns, Lisa needs to conduct her business as a professional counselor completely online. Zoom calls use a lot of bandwidth, as does streaming tv, and we go over the 1.2 TB limit Comcast planned to impose by quite a lot.

At least until Lisa goes back to seeing her clients in person, we were faced with some unpalatable choices:

We shelled out for a 4k tv because we enjoy watching content in 4k, particularly 4k HDR. But 4k chews through data, so we would need to either pay or live without that option.
Going back to cable for tv was a non-starter, as Comcast always gets you to agree to a 2-year deal where the price is locked in, but then raises all of the fees on you outside of your package price and you're paying way more at the end of the two years anyway.
I looked into moving up to an unlimited plan, but this would require renting the modem and router combo from Comcast. I have my own modem and router that work perfectly, and I don't have to pay a monthly fee. But they force you back into their equipment for internet without data caps. The "current" cost for using their stuff is $25 per month extra, but that number is absolutely, positively sure to go up.
Look, these are First World problems, I know, but I'm so f***ing sick of Comcast after decades of putting up with their price gouging. But I live in an area serviced by a phone company, Frontier Communications, that doesn't offer fiber optic service at all. Not only are we limited to DSL where we live, but it's quite slow thanks to our location. The only choice I have for fast internet at my house is Comcast. At some point in the future 5G Home internet will become a real competitor to Comcast, but it's not going to happen all that soon, particularly where I live.
So, starting in July, We're going to have to figure out how best to deal with Comcast's price gouging. They'll be charging us $10 for every 50 GB we exceed the 1.2 TB limit, up to an additional $100 on the bill. Now, that $10 per 50 GB in no way reflects Comcast's real cost in wholesaling internet service, it's just a way to get more cash out of people who have cut the cord on expensive cable tv.
Most cable companies still enjoy a virtual monopoly in areas they service, although they surely covered the cost of wiring those towns and cities many times over in the decades they have enjoyed their monopoly. I absolutely hate the fact that they will be able to continue to make my life miserable for a while longer, but their monopoly will come to an end in most places not too much further down the road. Good riddance to them then.
Okay, out for today. Perhaps all of the Bauer tedium will have concluded when next I write in this space. I hope so. My eyes are glazing over and I hear the faint strains of the Chariots of Fire theme in the distance. My eyelids are getting heavy... heavy...
Please stay safe, be well and take care.