Stuff You Should Have Learned in Junior High School 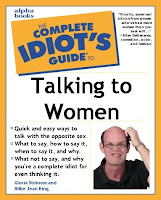 What a strange few months this has been. When Steve Cohen was approved as the Mets' new owner, it seemed that this offseason would be all about significant player moves and signings, something Mets fans like myself have been hoping to see for years. The trade for Francisco Lindor was all that and then some, but all of the extracurricular noise has overshadowed it a bit. In fact, I had to look up the exact date of the deal and was shocked to realize it went down less than a month ago. Then it occurred to me that it's only been two weeks since Jared Porter was shown the door and barely over three months since Steve Cohen's purchase was approved. Didn't he used to have a Twitter account, or am I remembering that wrong? I know time feels different since COVID-19 gummed everything up, but this is nuts. I picked an interesting year, indeed, to return to blogging.

Now we can add the news about Mickey Callaway to the rest of the drama, craziness, and occasional creepiness of this offseason. Like Jared Porter before him, Calloway was too much of a he-man to accept no for an answer from the women who caught his eye. He knew that an unsolicited shirtless pic of himself would surely seal the deal with the most reluctant of female reporters stubbornly insisting on maintaining a professional relationship. I mean, access has to be worth something, am I right?

In the space of barely over two weeks, I have little doubt that the Porter/Callaway revelations will result in permanent changes to the Mets hiring practices. I'd be surprised if there was a single club in all of MLB that would fail to thoroughly vet any significant new hire for bad behavior. I think it's also a safe bet that the Mets organization will have a heart-to-heart with all of their existing employees about how to handle being in the same room with women without indulging in termination-worthy sleaziness.

If I was Sandy Alderson, more rigid vetting rules and letting male employees in on the news that the Mets organization is no longer a boy's club would only be the starting point of adjusting to the new reality. I'd make sure that there was someone in a position to serve as an advocate for women who cover the team for print or broadcast media. No woman should feel like she has to tolerate adolescent behavior to do her job. The same would go for any woman working for or in conjunction with the ball club, period. Like the Harvey Weinstein revelations have changed the rules for what is tolerated by men in the entertainment industry, a Jared Porter or Mickey Callaway type should never again feel free to harass a woman who's just doing her job.

As to whether the Callaway revelations, coming on top of the Porter embarrassment, will affect the Mets pursuit of Trevor Bauer, my guess would be no. In fairness, Bauer's transgressions were about bullying women virtually, not sending them pictures of his private parts. By all accounts, the Mets already have an offer out to the free agent pitcher, and I can't see them pulling it back now.

These past three months have been full of events that have run the gamut of emotions for Mets fans. I've been, in turn, elated, frustrated, euphoric, annoyed, and confused — sometimes in the same week. It definitely hasn't been boring. Apparently, boring moved out when the Wilpons packed up and left. My hope is that the events on the field will be even more compelling than the offseason drama, and there will no longer be a need to discuss the bad behavior of self-entitled men.