Defense is Mostly Work and Commitment 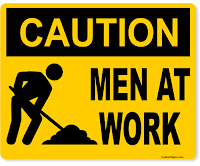 When I started watching Major League Baseball in the late 60s - early 70s, defense was valued over offense. At least on competitive teams, you were only likely to see teams trying to hide bad defenders at first base and in left field. The reason was fairly simple. It was an era dominated by pitching. If bad defense cost you runs, it was more difficult to get them back when your team came to bat. Particularly in the key up-the-middle positions of catcher, second base, shortstop, and third base, elite defenders with almost comically low offensive stats were tolerated in a lineup. It wasn't uncommon to have another automatic out or even two hitting in front of a pitcher.

This began to change as the 70s wore on, even more so into the decade of the 1980s. The great Mets team of that era were often willing to give up something in the field if it meant putting a stronger bat in the lineup. It often worked out, but I believe that one of the reasons that the team finished behind the Cardinals in '85 and '87 was St. Louis' greater emphasis on fundamental baseball.

When Oakland's Bash Brothers duo of Jose Canseco and Mark McGwire helped usher in MLB's steroid era, the game really evolved to favor offense over defense. It appeared that every club was populated with hulking sluggers who bore more resemblance to bodybuilders than the ballplayers I grew up watching.

Other changes happening in baseball concurrently with PED use also helped change the game quite a bit. Along with swinging for the fences more, hitters were asked to be more patient at the plate. This caused pitch counts to rise. It also produced more walks and strikeouts, with fewer balls put in play. That, in turn, triggered an even lower emphasis on baseball defense.

Sandy Alderson was the architect of those Bash Brothers teams in Oakland, and his tendency to favor offense over defense was still evident when he ran the Mets from 2010 - 2018. But the game has been evolving again, and run prevention has taken on greater importance in recent years, led by teams such as Tampa Bay. There is a realization among the smart teams that defense has been somewhat undervalued. This doesn't mean that we're heading back to a time when .200-hitting glove-first ballplayers ruled, but teams aren't quite as willing to give away runs as they used to be.

This brings us to the 2021 Mets. At his first news conference, Alderson noted that he understands the importance of run prevention in today's game. The Mets made a point of upgrading their up-the-middle defense when they signed James McCann to be their new catcher. They pursued George Springer to be their centerfielder, too, but ultimately lost out to the Blue Jays. With the National League looking more likely to be DH-less in 2021, the Mets don't appear to be pursuing Jackie Bradley Jr, one of the most gifted CFs in the game. So, while they are upgraded at catcher, second base, and shortstop from how they began last season, we're still probably looking at Dom Smith in LF, Brandon Nimmo in CF, and J.D. Davis at 3B.

No one can pretend that this is going to be ideal from a defensive standpoint. The Mets would be a stronger fielding club with better defenders in those three positions. The real question of 2021, at least to me, will be how much this costs the Mets. Luis Rojas and his staff are working with all three players to ensure that the Mets' defense is as good as possible with these men in the field. Now, that's hardly a revelation in spring training. To some extent, all 30 teams are working with their players defensively. That's always supposed to be happening in any camp.

As to whether this works out for the Mets, it will come down to effort and emphasis. It takes a lot of work to be a better defender. Once a ballplayer identifies his weaknesses in the field and the coaches design some drills to address those weaknesses, whether there is an improvement depends on the amount of effort and commitment on the part of the player.

Often in spring training, you will see players who aren't fighting for a job just going through the motions in defensive drills. Even the coaches seem more concerned with just getting through the drills rather than ensuring that the players are getting the most out of them. That really doesn't seem to be the case with the Mets this season, however.

Upgrading the Mets' defense was talked about often this winter, and it's clear that the emphasis is genuine. Smith, Nimmo, and Davis have all discussed their commitment to being better in the field, and all three have proven themselves to be hard workers. While I don't expect any of them to be plus defenders, I have reasonable expectations that they will all be better.

In the long run, I would expect the Mets to place more value on a player's defense when making a personnel decision, whether it's an amateur player they intend to draft or a free agent they're interested in signing. However, I don't expect to see the Mets ever fielding a perfect fielding club of elite defenders. There will always be a tradeoff between offense and defense when constructing a roster. That doesn't mean that sloppy play in any aspect of the game should be permitted.

What is truly important in my mind is that bad defense isn't simply tolerated, but rather everything possible is done to ensure the best defensive results possible. This is an area where expectations matter. If players know that the coaching staff and team management don't demand maximum effort in the field, all but the most self-motivated aren't going to give that effort. On the other hand, if more is demanded, even the lesser defenders will have the incentive and motivation to contribute more to the cause. I expect to see better all-around defense from the Mets this season, no matter who is playing the field.

New Mets pitcher Sam McWilliams, the subject of yesterday's post, got his first opportunity to pitch in a Mets uniform today. He looked a bit nervous but pitched himself out of some trouble in his inning of work.

John Kape commented on the post, pointing out that Tom Verducci's December article on McWilliams in Sports Illustrated was excellent. Can't believe I missed that one when it came out. Verducci really did a terrific job of explaining who McWilliams was, where he came from, and why he was able to transform into such a valuable commodity with the Rays. If like me, you somehow missed the piece the first time around, I couldn't recommend it more highly.

I could pull enough quotes out of that piece to write something the length of War and Peace here today, but I'm going to spare my readers the strain on their eyes and valuable free time. But here's a bit of the article that really grabbed my attention:

It may sound odd that McWilliams attracted so much interest and money without throwing a competitive pitch in 2020. Actually, the interest happened because he did not throw a competitive pitch this year. McWilliams spent the season at the Rays' alternate camp in Port Charlotte, Fla. It was there that he changed his pitching style and collected pitch-tracking data on his phone that he could show to other teams.

Tampa Bay is regarded as one of the most advanced pitching organizations in baseball. Among the undervalued pitchers they acquired and turned into successful big league pitchers are Tyler Glasnow, Pete Fairbanks, Ryan Yarbrough, Nick Anderson, Colin Poche and Ryan Thompson. What MIT is to engineering majors the Rays are to pitchers. There is a halo effect. McWilliams’s value was enhanced by his development in the Rays' system.

It's no accident that the Tampa Bay Rays are the gold standard when it comes to finding a pitcher who has some abilities but lacks a track record of success and turning him into a contributing Major Leaguer. The Rays have to do this to try to win with such a small payroll. But there is a reason that smart large-market clubs, a group that the Mets have only recently decided to join, emulate as much as possible what Tampa Bay does. It enables them to be efficient in some areas and take what they have saved to spend elsewhere. That's how we all hope it goes with the Mets.

Reading Verducci's piece, I couldn't help but also consider what having the opportunity to work with a progressive organization means to players like McWilliams. Before he wound up in Tampa, he was on a path that was taking him out of baseball. If he manages to become the effective multi-inning reliever that the Mets envision and accrues some time as a Major Leaguer, what a great story that is for McWilliams. As a Mets fan, my ultimate goal is to root for a winning ballclub, but I can't help but root a bit harder for a guy with a good story.

From a club standpoint, we know all too well how much difficulty the Mets have had building a bullpen in recent years. Imagine our team having a track record with pitching similar to what the Rays enjoy. Tampa Bay helped Sam McWilliams to become a potential big league contributor, but they've done so well in salvaging pitchers that there wasn't room on their 40-man roster for the guy. That's a great problem to have when a club has too much of a valued commodity. I'd love for the Mets to someday be in that position.

Thanks for stopping by today. We look forward to seeing you here again soon. In the meantime, please stay safe, be well, and take care. Let's go Mets!