Stumbling Towards the Light 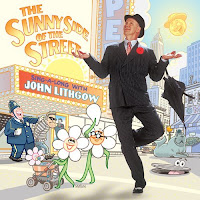 As I wrote yesterday, I'm going to shy away from writing prediction pieces for the season. I've seen too many springs where a player was absolutely en fuego, only to watch those flames quickly die out once the games start counting. I've also seen players look as just plain awful as Jeff McNeil has this spring, only to see the player rebound just fine in the regular season. And, while I think prediction algorithms are good for sparking entertaining discussion and debate, I don't put much stock in how they foresee the season going. There are just too many variables once the season gets underway to allow myself to get excited that PECOTA is bullish on the Mets' chances.

Early on in my Mets fandom, I had a very rosy way of looking at the Mets at the dawn of a new campaign. Sure, Jerry Koosman had a rough year last season, but he'll return to form this year. Last year's Mets might have looked like an offensively challenged T-ball squad, but I'm positive that all of them will live up to their potential finally, and we'll be the eastern version of the Big Red Machine. It took a few years of deep disappointments and growing out of a hero-worshipping age before I realized that they were already living up to their potential; the problem was that the players just weren't very good.

The period from the mid-70s to the big turnaround in 1984 robbed me of whatever optimism I had still managed to hold onto. I had barely entered puberty when I began to develop the deep cynicism of a life-long Mets fan. There were never enough consecutive seasons of winning to cure me of that darkness, and the team's failure to build something from the 1986 Championship was a bad harbinger of what was to come.

I had a feeling that the 2006 Mets were going to be special, and they were. But I also worried that their lack of pitching depth and their organizational failures to develop viable young pitching might doom them in subsequent seasons. That fear proved to be all too real.

The 2015 Mets rode great young starters, insanely hot streaks from Yoenis Céspedes and Daniel Murphy, and, frankly, more than a bit of luck a step further than that 2006 club was able to go. Ultimately, however, they too came up short. They let Murphy sign with the Nationals on a very affordable 3-year deal. I just had the feeling that the offensively-challenged club was making a big mistake, and it was.

When the Mets hired agent Brodie Van Wagenen to be their new GM, I thought to myself maybe it would take reaching outside of the normal sources for executives to shake the Wilpons out of their long slumber. Sadly, it took all of one deal for Van Wagenen to show us that he was in way over his head.

This brings us to today. While we've seen some positive signs in camp from Pete Alonso, James McCann, Francisco Lindor, Brandon Nimmo, Kevin Pillar, Marcus Stroman, Taijuan Walker, Miguel Castro, and Edwin Díaz, among others, there's no use in pretending that the fairly long absences of Seth Lugo and Carlos Carrasco weren't huge blows before the season even commenced. I don't need to dig too deeply into my Mets-scarred psyche to find a solid level of pessimism over how much this might hurt. I believe there is enough depth to survive these losses, however, which is a reflection of the reality that the Wilpons are no longer running the show.

Now depth will only take you so far. I deeply hope that the run of bad luck so far might at least take a breather for a while. If the Mets are forced into using too much of that depth, it will be a sign that this just might not be their year. It's one thing when your third-string catcher or a middle relief guy goes on the shelf for a bit, quite another when key players start dropping like flies. I pray that won't be so.

Beyond catastrophic injury totals, what I most fear for the Mets in 2021 is something far more insidious. I quote from the Encyclopedia Britannica:

One thing I always worry about with a team that's been bad for a while is the law of inertia. Once losing becomes part of the culture, it becomes difficult to break free from that. Ask the 1983 and 2005 Mets clubs how difficult it is to break out of a losing tradition. While neither of those was as complete of a team as the 2021 Mets, they both had key pieces in place for what would drive a pennant run the following season. The 1983 Mets lost 94 games, and the 2005 Mets, a better club, just couldn't seem to ever make it very far above .500.

Two of the teams the Mets will be competing against in their Division, the Braves and the Nationals, have enjoyed success more recently than the Mets. The Braves have three straight Division crowns, while the Nats won it all two seasons ago. Even the Phillies and Marlins finished ahead of the Mets in last year's inglorious faceplant.

Essentially, job one for the 2021 Mets will be to re-establish a winning tradition for the club. As I wrote earlier, there is a deeper and more talented club in place than in those two aforementioned seasons, but the Division as a whole is likely to be the toughest in baseball this year. It will take more than just being better than last season for the Mets to challenge the Braves for supremacy.

What I will be personally looking for early in the season is for the club to display the sort of toughness and resiliency required to truly contend. While I'm always going to have to fight against the natural pessimism of a life-long Mets fan, witnessing some of that spirit in the first couple of months will go a long way towards making me more confident that this can be our year. I can't predict that will happen — no one can until we actually see it — but once you recognize it, you know your team has a real chance to make a splash. Of course, they need to play well, too.

As I sit here writing these words, we're a mere 11 days away from beginning to watch the 2021 Mets reveal themselves. It's probably been since 2006 that I went into a season as charged up about my team's chances. It makes me feel really good but, if I'm honest about it, I'm also more nervous about how things might go than in previous years. I knew only too well back then where things were heading.

There was a song that I'm sure most of you would know, "Like a Rolling Stone," which Bob Dylan made a big hit in the mid-1960s and still gets played today. A line that I think about often goes like this:

There really hasn't been much to lose with the Mets over most of the last two decades. You knew heading into the season they weren't going to be a good club, and they proved to you that you were right about them very early in the season. By June, you knew that you would be watching other teams compete in October.

But now there is something to lose, at least I believe so. So I'm a little nervous, but I welcome that feeling over the usual ones of apathy and disappointment. I believe this is going to be a special season. Now I need the Mets to prove me right.