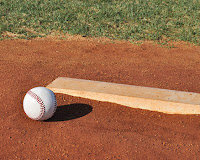 As a lifelong baseball fan, I always look forward to the start of spring training. This year, of course, was extra special. The combination of the Wilpons exiting the scene and the deep roster the Mets have built over the offseason has led to increased expectations. It was cool over the last few weeks to see it all come together on a playing field, even if the games didn't really count. But, at least for me, we're now at the point of spring training where the thrill is decidedly gone. Although not every question has been fully answered, we have a pretty good idea of what players the club will take north with them. Any questions still lingering about the 2021 Mets will require real games for the answers to be revealed.

From listening to Mets manager Luis Rojas and watching what's taken place down in Port St. Lucie, it looks to me that Joey Lucchesi is the most likely candidate to be joining Jacob deGrom, Marcus Stroman, Taijuan Walker, and David Peterson in the starting rotation. It's likely to be that way for a few weeks unless someone pitches their way out of the starting five. Noah Syndergaard is still slated to return in June, while Carlos Carrasco could conceivably return in May.

Syndergaard is already throwing his fastball in the mid-90s, which is obviously a great sign. It is more encouraging that we haven't heard about any setbacks that necessitated Noah backing off for even a short period. It doesn't mean nothing will happen, of course, but it's still reassuring that he hasn't hit any bumps yet.

While you can't take a return back from Tommy John surgery for granted, Carlos Carrasco's hamstring has me very concerned. I was never an elite athlete, but I played a lot of sports through my thirties. When I hit my mid-30s, those hamstrings didn't heal as quickly as they had in my twenties. Now I'm sure that Carlos has access to much more sophisticated care than I ever did, but I'll worry about that hamstring until he makes it back and pitches a few games to prove it's sound.

There is an obvious benefit to Carrasco and Syndergaard getting started late, provided they make it back okay. We won't have to worry about a workload issue building up for Carlos, who's only pitched for 148 combined innings in 2019 and 2020. He's probably going to miss about 6-8 starts. That alone probably would hold him down to a reasonable innings total for the season, and I still assume that Mets will do what they can to give all their starters some extra days off.

As for Syndergaard, not being able to pitch until June means that we're not going to be witnessing the sort of endless drama that surrounded Matt Harvey in 2015. I was surprised when that season began that the Mets didn't hold Harvey back for a few weeks. This was three years after the whole brouhaha over Stephen Strasburg being shut down in September with the Nationals playoff-bound. Now, the Mets had no reason to feel certainty about playing into October after missing out on the playoffs for eight straight years, but there was some promise heading into that year. Instead, they let Harvey go all out from the start of the season, leading to all of that avoidable controversy when September and October rolled around. To top it off, it's hard to argue that they didn't ruin Harvey's career by using him the way they did.

I'd like to think the Mets would be smarter if Syndergaard had his surgery a few months earlier and was ready to go out of the gate this season. Still, it's nice to know that it won't even be an issue. There is probably less than a 50-50 chance of Noah re-signing with the Mets, but I don't want to see him burn out his career as Harvey did.

By the way, before I get back to this season, I'd like to say that I will always root for Matt Harvey to turn it around and salvage something of his career. (Hopefully not while pitching against the Mets, of course.) Harvey came along when the Mets were almost tediously unpromising and unwatchable and gave all of us something to care about for a while. Sure, he was a bit full of himself and immature, but so was I in my twenties, with a lot less justification. It really bugs me when some Mets fans on Twitter take pleasure in Harvey's struggles. If you have no lingering fondness for the man, at least let him go in peace. I thought Gotham Baseball's Mark Healey said it pretty well in a tweet earlier this month:

The sick obsession that some #Mets fans have with Matt Harvey is a disgrace. The guy pitched his arm off and helped a Wilpon-run dysfunctional org get to a World Series. He's a human being, root for his success.

Harvey has at least looked like he might be figuring some stuff with the Orioles this spring. I hope he can carry it over into the regular season. Matt Harvey will likely never be the Dark Knight again, but I hope he can rebound to a point where someday he can leave the game on his own terms.

Anyway, back to the present. I haven't had the time to watch any of Marcus Stroman's start against the Marlins today. At least from the boxscore, it looks like his worst of the spring by far. Not sure if he was working on something or what, but Stroman has had a pretty good camp for the Mets. Meaningless stats aside, he has looked really sharp when I've seen him pitch. The Mets needed Stroman to step up even before Carlos Carrasco tore up his hammy. It's been really encouraging to watch him do so well. As long as he can carry this into the regular season, the Mets should be alright until the reinforcements arrive.

What has also helped me feel a little more confident about the Mets rotation is the success that Taijuan Walker has enjoyed in camp. Again, it's not so much the stats, although they've been fine. It's the way he's looked out there. If everything goes perfectly, Walker may eventually be the fifth starter for this team. He's looked more like a mid-rotation arm this spring, and that's what they'll need him to continue to be for a while. Of course, you'd love to see it carry on all season, but even a couple of months of that would be huge. I thought that signing Walker was a big deal when it happened. With Carrasco's injury, it became even bigger.

I've seen Joey Lucchesi pitch a couple of times this spring. I like the delivery — it's funky enough to give teams a completely different look from the rest of the starters. He also looks, at least to me, like a guy who can get lit up pretty well when he's not at his best. The same is probably true about David Peterson. I like the guy a lot and respect the maturity of a player who came to the Majors with minimal experience at Double-A. He's a competitor, but I'd be surprised if he continued to pitch to 3.62 ERA as he did last season. I'll be happy if both Peterson and Lucchesi can keep their ERAs around 4 and pitch well enough to keep the Mets in games. Anything more than that from either one would be very much gravy.

The Mets did a pretty decent job of building some pitching depth where there literally was almost nothing at the end of last season. Having a Joey Lucchesi in your rotation rather than Carlos Carrasco is far from ideal, but it sure beats the depth the Mets have had to resort to in previous seasons.

That being said, I think we're approaching the practical limits of the starting pitching depth accumulated for this year. I'm not sure who's next in line if somebody falters. It's probably Jordan Yamamoto or Robert Gsellman, but it could be anyone on the 40-man who's capable of starting. I wouldn't be at all surprised to see Luis Rojas trying different options such as openers if it came to digging deeper. I think we're all hoping that it doesn't come to that.

The Mets have had some bad luck this spring, which hopefully begins to turn around for them. If the starting pitching can avoid taking another hit before the reinforcements commence returning, I think the Mets will be in pretty good shape. It would be nice for a change if, come June, the Mets had to figure out what to do with an excess of Major League starters. We haven't been faced with that situation for a long, long time.