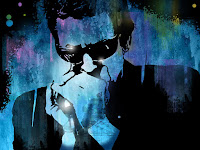 We waited months for baseball to come back. Now that it has, we've been rewarded with 5 whole games in the first 12 days of the season. I've done the third-grade math. If things were to continue at the current pace, it would take just under 389 days to complete the full 162-game season. That seems somehow untenable to me, but what do I know?

Looking at the current weather and the forecast, it seems likely we'll be able to get a couple of more games in today. Should that prove so, that would accelerate the projected endpoint of the season. The New York Mets would be done by Thursday, March 3, 2022. Assuming that all of the other teams are finished by then, we could go right into the playoffs. If we could manage that without off days, we might even be able to get the 2022 season underway on time.

Lisa is doing better, but she won't be coming home from the hospital today. Free from serious worry, I'm just a bit bored today. That leaves me with time on my hands to contemplate the implications of that ridiculous scenario I laid out above.

For instance, how would we handle the winter here in the northeast? Would we tough it out and get those games in whenever the ballfield wasn't covered with snow, or would we have to move all of the games to a neutral warm-weather site? Maybe that won't be a concern at all, considering the current CBA between Major League Baseball and the Players Association expires on December 1. God knows the chances of them coming to an agreement by then are infinitesimally small.

Jeez, we wouldn't even be at the All-Star Game by that point. This is just as well, really, because they would have to move the game a second time to avoid the Colorado winter. Although it might be fun if they replaced the Home Run Derby with a snowball fight.

We wouldn't be in this mess to this degree if the Wilpons followed through on their original plan to replace Shea Stadium with a domed ballpark. As with so many things, however, they cheaped out on the original plan. I understand that it costs a lot more to build a stadium with a roof than constructing an open-air park. It's funny, though, how they build them in places like Milwaukee, Arizona, Miami, Houston, and Seattle, but they can't put the cash together to build one here. Spring in New York would be a lot easier to navigate if they had done that.

In truth, I'm actually fairly confident that things will lighten up with the schedule fairly soon, and we'll get the full season completed in calendar year 2021, long before the expiring CBA brings baseball to a screaming halt. There might be some more frustration for fans in the meantime, however. The forecast for the final game of this series on Thursday is pretty awful. After that, MLB has intelligently scheduled the Mets' only trip to Colorado to play the Rockies in mid-April. The forecast there calls for some snow showers and cold temperatures. In other words, it's April in Denver.

This is why I was so frustrated that MLB didn't get at least one of those games vs. the Nationals in at the start of the season. April is such a tough time of year to get games played in much of the country; why not try to get the Sunday game played? But such is life.

Looking at the schedule ahead, the Mets have off days on Monday, April 19, Monday, April 26, and Thursday, April 29. Sprinkle a couple of more potential weather postponements in there, and it may be a while before the Mets can entrench themselves in the day-to-day routine of a baseball season. While it's tempting to make snap judgments about them based on what we've seen so far, I'm personally going to avoid falling into that trap. You won't really know what the team is until they settle into a routine and time reveals all.

As previously noted, the Mets are likely to successfully complete both scheduled games today against the Phillies. Unlike with the Mets, things have really gone Philadelphia's way in the early going.

They didn't spend the first weekend of the season grounded by another team's COVID-19 outbreak and MLB's "abundance of caution" decision to not play any of the games. Their bullpen, historically awful in 2020, has been pretty good for them in their 9-game season up to now. They've got solid starting pitching, a productive offense, and, frankly, have outplayed the Mets up to today. If things continue as they've gone so far, we might as well root for the start of football season.

If that sounds ridiculous, it's because it is. It's amazing how many hot takes I'm reading in the press about both the Mets and the Phillies up to this point. For instance, I'm reading how Dave Dombrowski "fixed" the Philadelphia bullpen. My take is that it's nine games. If they're still doing this well into June, then it's fair to say that. I certainly wouldn't take a strong 9-game sample from the Mets' bullpen as proof-positive that all was well.

Look, it's absolutely possible that the Phillies do better than the Mets this season, but I'm not convinced. When I'm tempted by typical life-long Mets fan pessimism to look on the dark side, I try to imagine things the other way around. What I see is a Phillies roster that isn't nearly as strong as the Mets. That usually translates into the team with the better roster doing better over a full season. Of course, there are no guarantees. I've seen Mets teams that have underperformed and others that overperformed. But I still like our chances to be there at the end of the year, no matter what happens these next three days.

So, while I won't try to tell you what to do or feel, I'm going to curb my worst fears and disappointment and give things a while to sort themselves out. Hopefully, players who have proven themselves as Major League hitters will perform as expected. It wouldn't hurt if Luis Rojas upped his game a bit, too. He's been a bit shaky early on, along with some of his players.

That will do it for me. Here's hoping that the Mets give us happier things to talk about soon. In the meantime, please stay safe, be well, and take care.