Microbes, Gizmos, and Being a Bit Greedy 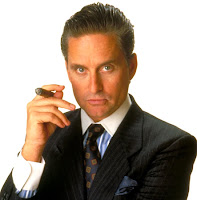 As I expected, the rest of the weekend series against the Nationals was postponed, and now we have to wait until Monday for the Mets' Opening Day. As much as that sucks, it seemed inevitable once the first game was called off. The only thing that's going to put an end to all of these "out of an abundance of caution" covid stoppages will be when most MLB players and coaches are vaccinated. It will be a relief not to have the ever-present threat of having baseball taken away with no warning hanging over our heads any longer. In the meantime, this is proof-positive that, while normal may be in sight, it's not here yet.

I'm not going to spend any further verbiage on the bummer of having to wait four extra days for our long-awaited team opener. Nats GM Mike Rizzo keeps assuring everyone that it's not the team's fault and it could have happened to anyone. It would be most uncharitable of me to point out that 29 other teams were able to avoid multiple infections coming out of spring training. 26 of those clubs opened as scheduled, while the vagueries of weather merely caused Red Sox and Orioles fans to wait one extra day for their season to start. Perhaps Rizzo can use this weekend to convince his players to stop licking Petri dishes. Just saying.

If there is one silver lining for Mets fans, their 2021 Opening Day game will now be on SNY rather than ESPN. Even being in Philadelphia can't detract from that good fortune. Okay, not bitter at all — moving on.
I wrote a piece early in the week where I happily geeked out about the Mets' ongoing efforts to incorporate the newest methods and technologies into developing pitching talent. This was long overdue and one of my biggest hopes when the club was up for sale.

It's not that I believe there is some sort of magical "secret sauce" waiting out there to be discovered by the Mets. If there is a technology that has shown promise for aiding in player development, there are clubs out there already taking advantage of it. There were also plenty of indications that the Mets worked to up their player development game under Sandy Alderson and Brodie Van Wagenen, even as ownership limited the tools available to them. While certainly not considered one of the top organizations in the sport, the Mets have done a better job developing homegrown talent in the past decade or so.

But they've still lagged behind the top clubs in that respect, and it was mostly reflective of ownership that wasn't all in on doing what it took to make the marginal improvements required to be an elite organization. It requires an understanding of the value of taking advantage of the latest and greatest stuff and an ongoing commitment to keep pushing the boundaries to be among the best.

Still, the payoff is well worth the effort. If the Mets just do a bit better in developing some of their own talent, keeping them a bit healthier, and helping them achieve more of their potential, the ultimate benefit will be more wins, more trips to the playoffs, and, ultimately, more profits.

If you're interested in learning a bit more about how smart teams are taking advantage of technology to help their pitchers and hitters, there was an excellent piece from Tom Verducci in Sports Illustrated from March 2019 about how technology was changing the game. As Verducci pointed out, all 30 teams were using this stuff to some extent. The difference was how much a club would invest in getting the most out of all this glittering tech.

This technology won't create great players from those who weren't born with athletic gifts, but it can help players reach their maximum effectiveness by maximizing things like the spin pitchers put on their pitches. It can also be used so a pitcher can see what isn't working for them and perhaps scrapping a pitch or using it less.

In Verducci's December 2020 piece about Sam McWilliams when the Mets first signed him, there was a lot of info on how McWilliams utilized technology at Tampa Bay's alternate site to make himself attractive to Major League clubs. It took a pitcher who had some talent but little success to a different level. That's what we're hoping to see here.

If the Mets are ultimately successful with this, it won't be because Steve Cohen let the club spend a few million on really cool stuff. It will be because the Mets smartly incorporate this stuff into their organization, which will be about people, not just machines.

These fancy devices are just tools. It still requires capable scouts to bring in talented players and great coaches who know how to combine their own teaching abilities with these advanced tools to help them live up to their maximum abilities and stay as healthy as possible. The job is still the same. Better tools used effectively simply make the job a bit easier.

It's really the same thing with the news this week on how much effort the Mets are putting into building out their analytics department under Ben Zauzmer. The concept of analytics took a beating when the Rays took Blake Snell out of a game he was dominating in the World Series, but that's unfair. You could argue on either side of that decision, but the point is that it is still people — in that case Rays manager Kevin Cash — who decide how to use the data to win ballgames. The Rays wouldn't have even been in that World Series if they weren't so successful at smartly using analytics.

Something that really caught my eye in Anthony DiComo's piece on Zauzmer's efforts was this section:

Since joining the Mets, Zauzmer has focused much of his energy on hiring analysts to fill out the Mets’ staff. Among them: Tatiana DeRouen, who previously spent two years as a software engineer at Boeing; Desmond McGowan, a Columbia Business School graduate previously with the Yankees; Jake Toffler, who worked for the Astros; and several others. In that manner, the Mets are rapidly catching up to other teams with analytics staffs larger than their own.

The end goal is not for the Mets to catch up, of course, but to innovate.

The emphasis on that last line was mine. I bolded it because it spoke to me of an organizational philosophy that has changed since Fred and Jeff Wilpon sold the club. As with the use of technology to create a state-of-the-art pitching lab, it's exciting to read that the Mets want to do more than just be good enough in technology and analytics.

One reason why it's so frustrating that the opening series of the season was canceled is that we've waited so damned long for a club that really looks like it has a real chance to compete for the division. As the next few years go by, I hope simply being competitive is something we as Mets fans could take for granted. I hope we can allow ourselves bigger dreams. If that turns out to be the case, it will be because the Mets organization's ultimate goal is not simply to be good enough.

In 1987, Michael Douglas scored a big hit with the movie Wall Street, playing the oily protagonist Gordon Gekko. One of Gekko's famous pronouncements from the movie was:

"The point is, ladies and gentlemen, that greed, for lack of a better word, is good. Greed is right. Greed works. Greed clarifies, cuts through, and captures the essence of the evolutionary spirit. Greed, in all of its forms - greed for life, for money, for love, knowledge - has marked the upward surge of mankind..."

There's been much debate in the ensuing years whether greed is a good thing or a bad thing. While I do not believe that greed is generally a good thing, I do differentiate between a desire to accumulate material things and a desire to be as great as you can be. If there is a passion in the Mets organization to be leaders and innovators rather than just accomplishing the bare minimum to sell tickets and turn a profit, that's the sort of greed that I believe to be very good, indeed.