The Wait is Almost Over 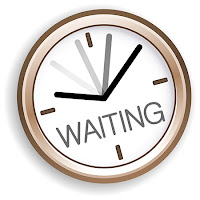 I'm trying hard to keep my focus on positive things while waiting for the Mets 2021 season to finally get underway. However, if I'm honest, I'm a bit ticked off that the Nats will be playing an afternoon game against the Braves tomorrow. Given that the teams won't be carrying the inflated 28-man active rosters from last year, any game that is postponed that will have to be fitted into the schedule at a future date puts more of a burden on clubs to handle the extra workload. Of course, both teams will have to deal with that, but only one benefits from not having to play any of these games, and that's Washington. I don't see why they couldn't have been prepared to play today if they can be ready tomorrow. MLB canceling today's game, too, is only of benefit to Washington. They play one less game with a depleted roster.

There is some controversy that the Braves will play their series against the covid-depleted Nats, but that's not what bothers me about this. I've been watching this game for too many years to take wins or losses for granted based on what should happen. The League could have decided to force Washington to play all 3 games, and the Mets might have won or lost all of them. Even if Atlanta sweeps them, that's not the part that's going to bother me. No, it simply is waiting an extra day for very little reason that bugs me.

I don't know how much longer before vaccines are available to all ballplayers and how many will decide against being vaccinated. I assume that, at least for the next couple of months, MLB will have to navigate through covid outbreaks. If a good number of games start getting canceled, they're probably going to have to look at roster size and perhaps bump it up, at least temporarily. I'll be glad when all of this crap is relegated to history.

I've been watching some of the games this weekend on MLB.tv. It isn't a replacement for watching your own team play, but it's interesting to see some of the more highly touted teams play, such as the Padres and White Sox. They both look like powerful teams.

It only took a couple of games into the season before the Cardinals got into one of their usual stupid brawls involving throwing at batters. It's important to note that, as with the Nationals and COVID-19, it's not their fault when beanball controversies happen to the Cardinals.

In actually surprising news, the Phillies bullpen is unscored upon, holding three leads into victories against Atlanta. With the usual caveats about staying healthy, Philadelphia's 'pen looks like a big improvement over last year's disaster, although I'd bet not quite this good. Recent Phillies clubs seem to underperform when they're expected to do well and exceed expectations when they're not. This year's club didn't have huge expectations, so that should make them dangerous. Unless the bottom falls out, which could happen to any team, they're not going to be easy to play against.

I also watched some of the Marlins - Rays series. Miami may have lost 2 of 3, but they look like the same scrappy, pain-in-the-ass club as last year. They have the young starting pitching to be at least a peripheral contender this season. It's been difficult to get a read on their new ownership since they went the tanking route after buying the club. It's also hard to predict their upside potential for drawing fans to that park, but it's got to be better than under the loathsome Jeffrey Loria with his endless fire sales. It could be that five teams all trying to win might be a feature of the NL East for a while.

It remains to be seen if the Phillies can turn their rather failed rebuild into a sustainable contender without entering into yet another rebuild. Still, I'd probably feel worse about the next couple of years or so if I was a Nationals fan. Max Scherzer, Patrick Corbin, and Stephen Strasburg all have birthdays in July. Scherzer turns 37, Corbin 32, and Strasburg 33. If the Phillies can keep it together and the Marlins are serious about fielding a team that really wants to win, Washington looks like the number one candidate to rebuild the soonest. On the other hand, getting good seasons from those three could make them a factor this season. With an older team like that, you never know when their number is finally going to be up.

There is both good and bad for the Mets in competing in a division that looks like it will be one of the toughest in baseball this season and in the next few years. The bad is obvious. The Mets can put together an excellent club, but some key injuries and a bit of a bad year could make it very hard to come out of that division as a playoff team.

The good is that it will absolutely force them to make the extra move or two to be better, not just in 2021 but going forward. Like when the Padres big moves this winter pushed the Dodgers into signing Trevor Bauer. To my thinking, being pushed by other teams in your division is very much a good thing, at least under the new ownership. If the Mets were still owned by the Wilpons, competing in a division like this would have likely meant more playoff-less seasons for a club that already spent most years on the outside looking in. It could have been really ugly.

As it is, in the midst of all the waiting, there is better news for the Mets. They have received good reports on a pair of rehabbing pitchers, Carlos Carrasco and Seth Lugo. Carrasco is reportedly ahead of schedule on his return from a torn hammy. He still has a ways to go before returning, but it's encouraging to hear that Carrasco may actually return a little ahead of schedule. Lugo, meanwhile, appears on schedule for a return next month. Having a healthy Carrasco in the rotation and Seth Lugo in the bullpen would certainly be a huge boost to the club's chances this season.

The Mets finally get their season started tomorrow night in Philadelphia against the undefeated first-place Phillies. The wait is almost over.