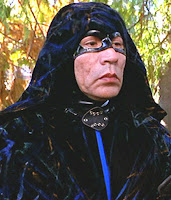 The New York Mets won a rubber game against a Division opponent today. They accomplished this by getting enough offense, more than adequate pitching, and surprisingly good defense. It also didn't hurt that the Washington Nationals are currently playing without their best player, Juan Soto, and the Mets missed Nats ace Max Scherzer in the series. Still, a series win is a series win, especially sweet when you're a fan waiting for your club to play at their full potential.

The Mets have now completed just over 10% of their schedule, sitting at 9-8 despite a continued struggle to put runs up on the board. They've scored 56 runs over those 17 contests, an average of just 3.29 runs per game. To put that into perspective, that's worse than the scoring frequency of the 1972 Mets, probably the most offensively-challenged Mets team for which I ever rooted. That club wasted great seasons from Tom Seaver and Jon Matlack and finished 13.5 games behind the first-place Pirates. It didn't help that their best hitter, Rusty Staub, only played 66 games due to an injury, but that lineup was never going to score many runs, regardless.

For the record, I don't believe that this current version of the Mets will continue to score runs at the glacial pace of that 1972 club. The 6 runs they scored in deGrom's game Friday night was their second-highest total of the season, behind the 8 they scored against the Phillies in the second game of the season. Once they finally do get it going, I expect to see some streaks of much higher scoring than what we've seen up to now. If we get close to Memorial Day and the club still isn't clicking offensively, I will worry.

The good thing about being back to a full 162-game schedule is that a stretch of bad play doesn't have to define the season. For all of the Mets hitters struggling to put up solid production numbers — Francisco Lindor, Jeff McNeil, Dominic Smith, Michael Conforto — there is still quite a lot of season to turn those numbers back around. Hell, at this time of year, a hot week could lead to a much more respectable stat line. Pete Alonso was struggling quite a bit before his recent turnaround. Pete's up to .267/.357/.550 on the season now, and even Conforto is showing some signs of life with a .280/.357/.520 slash line over his last 7 games.

I wrote about the doldrums Thursday, that feeling when nothing seems to be moving in the direction that you would hope for. It's a feature of every baseball season, even the years when your team is good. It's what makes baseball so different from other sports, that long, long season where the story of your team can take some wild swings between awesome and practically unwatchable. That story has played out just over the last three days.

When you're a baseball fan in the cold offseason, jonesing for your favorite sport, you dream of warm, sunny afternoons watching your team click on all cylinders. You don't think about those games where they can't pitch, can't catch, and can't buy a run against a pitcher you think that you might be able to hit.

That's baseball, man — no matter how good or bad they look, your team has to go back out there again the next day and do it all over again. It's why it takes more than just good personnel to build a playoff club; it takes a winning attitude, bordering on cockiness, that we haven't seen from the 2021 Mets as of yet. I like to believe that we will, before too much longer, but there are no guarantees.

I've never been a very patient person in my life. Most of my biggest mistakes have stemmed from impetuous decisions made and later regretted. Even as I get older, I constantly guard against these tendencies in myself. For all that, however, even I find myself shocked by the snap judgments I see on Twitter and elsewhere — not only from fans but even from some folks who write about baseball professionally. Don't get me wrong, if you've already come to some definitive decisions about your favorite team, that's your right — more power to you.

As for myself, despite a lifetime of somewhat hasty decision-making, there's almost nothing that I've made up my mind about the 2021 Mets beyond absolute confidence that Jacob deGrom is awesome. As for those things I'm not prepared to state definitively, here are a couple of highlights:

The Mets need to replace J.D. Davis at third base.
The hottest hot take of them all, it seems, is that Davis is too big of a liability in the field to hold down the regular job at the hot corner. No one will ever confuse Davis with Brooks Robinson, but the Mets seem to be betting that Davis can produce offensively at something that looks more like his 2019 campaign than what he gave them last year. I want to see if that plays out. He's hitting well in the early going, including that big home run today. Davis has been the only hitter besides Brandon Nimmo who's really hot currently.

If Davis is giving them 2019-level production at the plate and not killing them too badly in the field, this thing could actually work. If we're heading into June and the offense doesn't offset the defense, then we could move on. It doesn't make sense to bail on the thing this early unless Davis is an absolute disaster, which he's not. I think the Mets really need to find out going forward if Davis might really be the elite hitter he was 2 years ago as a regular. I think it's worth giving him a chance.

Francisco Lindor will never live up to his contract.
Please don't talk to me about Lindor's exit velocity so far this season, Andy Martino. I can see that he's struggling to make hard contact. He just changed leagues and cities. Maybe give the guy a chance to settle in?

As bad as Lindor has looked in the first 17 games, I remember him crushing the baseball in spring training. Yes, I know, those were spring training contests, but a torrid stretch like that for a couple of weeks could easily erase the memory of these past three weeks.

Carlos Beltran struggled through most of his first season with the Mets in 2005, and folks were writing the guy off. It turned out he just needed time to adjust. I think Lindor just needs the same — hopefully not a full season, of course.

For all of the starts, stops, and early-season scoring woes, the Mets are showing some positive signs in this young season. The bench has been good. Luis Guillorme continues to merit more playing time with excellent play in the field and solid offensive contributions. Albert Almora made a great catch today that might have turned the game around. Jonathan Villar has had some big moments.

The bullpen has been fine and somewhat underworked so far. Not a single reliever is getting burned out in the early going. If anything, they all need more work. That's a good problem to have in the modern game. Edwin Díaz has been solid, showing no sign of imploding a la 2019. Starting pitching beyond the transcendent deGrom has held its own, even as we get closer and closer to Carlos Carrasco's return.

I'd love to see the Mets start hitting the ball and put a really good 10-game stretch together. As I've said, I really believe this club has much more to show us than what we've seen so far. But at least they're holding their own.

The Braves dropped a doubleheader to the Diamondbacks today to fall to 9-12 on the season. After being shut out in game one, the Braves were no-hit over 7 innings by Madison Bumgarner, who sported an ERA over 8 coming into that game. If 2021 hasn't been particularly kind to the Mets so far, it's been even tougher on Atlanta. Like I said, it's a long season. Every team will suck sometimes. There's a lot more season ahead of us.

Everyone has a somewhat guilty pleasure when it comes to a movie that wasn't highly regarded but entertained the hell out of you. One of mine was the 1999 film Mystery Men. The reviews and the box office performance were both mediocre, but the oddball take on superhero movies made me laugh a lot.

One of my favorite characters in it was The Sphynx, played perfectly by Wes Studi. The Sphynx was a leader who spoke mostly in inscrutable platitudes. At the climax of the film, after the misfit bunch somehow managed to defeat the bad guys, the press was waiting to interview them. The Sphynx's take on their victory was, at least for me, a classic line:

Don't know why that line made me laugh, but it still does. And I also promised myself that someday, when the Mets finally win a championship again, I would say that line to myself. I'm not sure if that's going to happen this year, but we're a hell of a lot closer to that possibility than we've been in a very long time.