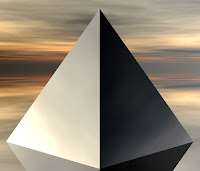 As we continue to wait for the New York Mets to start looking like a playoff contender, I found myself facing a choice: spend more words opining on how much it deeply sucks to watch your baseball team continue to underperform or find something else to write about. I gladly made the second choice.
I went through my recent clip file of stories to find something interesting that I haven't had the opportunity to comment upon yet and realized that I hadn't written anything about the death of Bernie Madoff on April 14th. Thanks to the reliance of previous Mets owners upon Madoff dollars to keep the team afloat, the collapse of Madoff's Ponzi scheme impacted the Mets for over a decade until the Wilpons were finally forced to sell.
I read several items in different local papers about Madoff and the Mets when Bernie passed away. They all seemed to be a version of the same take, exemplified by this piece by David Waldstein in the New York Times. The Wilpons had become entirely dependant on the ridiculous returns from the money they invested with Madoff to operate the New York Mets baseball club. The collapse of Madoff's scheme almost took the ball club down with it.
Almost invariably, the Wilpons have been portrayed as victims of Madoff's financial machinations. Waldstein's article notes:

Fred Wilpon, who recommended Madoff’s supposed financial wizardry to many close friends, including the Hall of Fame pitcher Sandy Koufax, called it the biggest betrayal of his life, and once likened it to a serrated knife being plunged into his heart.

This overlooks the Wilpons' and partner Saul Katz's culpability in placing such absolute trust in a man whose unprecedented returns on investment had been questioned for years as simply too good to be true. You could say that the Wilpons and Katz relied on the fact that the SEC had allowed Madoff to operate for more than two decades, but it was no secret that the SEC was pretty weak thanks to the deregulation of that era. For men who were sophisticated enough to become quite wealthy in New York Real Estate, the blind trust they put into Bernie Madoff was almost pathetic.

Bernie Madoff himself questioned why he hadn't been discovered much earlier. Quoting from a piece in The Guardian from July 2009, attorney Joseph Cotchett, one of the lawyers investigating Madoff's crimes, commented on an interview with the disgraced financier:

[Cotchett] said that Madoff had told him his scheme "was pretty open and straightforward, and he hid everything, but hid it in an inept way"...

...Cotchett said Madoff had told him "you didn't have to be a rocket scientist to figure out what was going on. What happened here was when you're getting the kinds of returns [that Madoff reported to clients], you might have a tendency to look the other way, rather than asking questions".

Cotchett told reporters outside the North Carolina prison that Madoff had said: "There were several times that I met with the SEC and thought: 'They've got me'."

If the Wilpons and Saul Katz were "victims" of Bernie Madoff, that seems to me a pretty loose interpretation of the word. As Madoff noted, it didn't take a rocket scientist to discern that continuous great returns, year in and year out without fail, were indeed too good to be true. Any legitimate money manager, even a great one, would have some ups and downs. But whether any given year featured an up market or a down one, Madoff investors inevitably made money. The returns were too good to believe, but not believing would mean saying goodbye to all that cash.

The Mets ownership simply couldn't question those uncanny returns because their continued operation of the New York Mets baseball club entirely depended upon that money. They were apparently incapable of running the club as a successful business, despite operating in the largest market in the country. Waldstein's piece linked to above noted that the Mets suffered huge yearly losses. Without the endless bounty of Madoff dollars, the Wilpon ownership of the Mets would inevitably come crashing down at some point.

Irving Picard was the trustee tasked with recovering some of the money for Madoff's victims from folks who benefitted from the scheme. He went after the Wilpons and Katz, seeking a billion dollars from them, claiming they "had to know" that Madoff was crooked. The Mets owners ultimately settled for much less, and Picard personally made millions in his efforts to recover some money for people who had lost everything. Unlike small investors, Picard and the Mets owners did very well in the Madoff aftermath.

The Wilpons — who likely never would have been able to take complete control of the Mets without the Madoff dollars — were bailed out by MLB with a loan and allowed to continue running the club for another decade before they were finally forced to sell. These "victims" of Bernie Madoff pocketed billions from the sale. We should all be victimized in such a manner.

I get frustrated when I see these incompetent men, who were nevertheless able to derive multi-generational wealth from their terrible stewardship of the ballclub, portrayed as victims. I retreat to my tiny corner of the internet to shout out that it isn't so. The real victims were the folks, far from wealthy, who lost so much and didn't have rich friends to bail them out.

Sometimes I see Mets fans portrayed as victims of Madoff's Ponzi scheme because of the years of losing and mismanagement of the Wilpons, particularly post-2008. I don't really buy that, either. I don't think that being a fan of a mismanaged team — even one as poorly run as the Mets — makes you a victim. That's putting too much importance into something that just doesn't merit it. I love baseball and the Mets enough to spend unpaid hours talking about them in this space, but that doesn't mean I believe winning or losing baseball games ranks up there with real suffering in this world.

Simply stated, I am not a victim because I continued to care about this ball club through decades of mismanagement. I find richness and meaning in my life in many other places. Still, if Steve Cohen wants to run this club well and the New York Mets enjoy some success both on and off the field, I certainly won't complain about that, either.

I don't see the Wilpons and Saul Katz as either victims or evil men. If they remind me of anyone, it's last year's pandemic sensation Joe Exotic, immortalized as the Tiger King in the Netflix documentary. Like Joe, I'm sure that Fred, Jeff, and Saul saw themselves as the heroes of their own story, not realizing that they were actually the comic relief. At least it turned out better for our Pyramid Kings than it did for Mr. Exotic. It's easier to deal with the mockery when you're counting your money rather than rotting in a prison cell.

That will do it for today. Thanks for stopping by here today. Hope the Mets give us some good baseball to talk about soon. Please stay safe, be well, and take care.