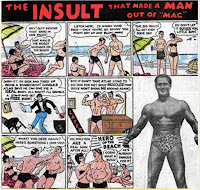 I mentioned in yesterday's post that a really hectic week kept me away from watching the two games our New York Mets played against the Red Sox this week. I guess someone on the Mets noticed. Last night they "treated" me with a game that was essentially a replay of their anemic 2-game set against Boston. Apparently, they didn't read the second sentence of that paragraph where I mentioned that I had no regrets about missing those games. Not that it would really matter, anyway, as the Mets have been losing a version of that same game since the season got underway.

After 50+ years of following baseball, I believe in having patience with my team. The season lasts for six months, and the only thing that matters is the win-loss record when those 162 games are in the books. It's easy to look at a piece of the season and attach too much weight to it, particularly at the beginning. I also feel like the Mets deserved some slack for the disjointed nature of the first two-and-a-half weeks between rainouts and the Nationals' COVID-19 outbreak. Now, without looking to completely discount that as a factor in their slow start, it's hard to overlook the fact that they've only managed to score 58 runs over their first 20 games. Honestly, it's a miracle that the Mets have managed to win 9 of those contests.

The calendar has turned over to May, with a presumption that the weather will continue to warm up and give the offense a lift. The Mets aren't alone in failing to put runs on the board. It's endemic across the sport so far. In fairness, it's also true that if the Mets had caught a few breaks in the early going, they might have a few more wins. Things wouldn't look quite so bleak if they were 11-9 rather than 9-11.

On the other hand, if they didn't get some terrific pitching, they could have lost a few more and would be in really rough shape. The brand of baseball they're playing has often been quite tedious to watch — particularly on offense, where unproductive inning follows after unproductive inning while the games inexplicably still drag on forever. When I started watching baseball, a 2-1 game wouldn't take much more than a couple of hours to play. It only feels like extra torture when it drags on well over 3 hours as it did last night.

I know some people believe that the testiness in last night's game might wake up the Mets. I'd love to believe that, or in anything, really, that would end this offensive torpor. I'm not really buying into that, however. I think the Mets built an offense that is somewhat dependent on hitting home runs to score, and the fact that they've only hit 15 out in these first 20 games is a huge factor in their scoring woes. Hitting a few out of the park would do more to spark the Mets than another silly baseball fight with the Phillies.

Assuming that the balls start flying a bit further, the Mets will undoubtedly score more runs at some point in the near future. I really can't believe that Michael Conforto, Dominic Smith, Jeff McNeil, Francisco Lindor, and Kevin Pillar are going to continue slumping as a group the way they have been. However, what this team might be by the end of the season is still very much a mystery to me. I can see the bones of a strong contender, but I also see the possibility of an underperforming group that follows the script they did in April: win a few, lose a few, hang around the .500 mark and leave us all wondering why they never really clicked.

If that latter scenario plays out, it could spell the end for quite a few people in the organization. One who would almost certainly go would be manager Luis Rojas. Presumably, some or all of the coaches would follow him out the door. I can't say that I'd be particularly happy or sad if Rojas left. I believe the idea that a Major League manager can get more out of a team by "lighting a fire under their asses" is overrated. If a player needs an ass-kicking to perform at this level, he probably doesn't belong in the majors.

Whether the Mets turn it on offensively or continue to flounder this season, I do feel that they need to diversify their offense some more. Try to add players who are more difficult to strike out, and you might see some more effective at-bats with runners in scoring position. Even if I believe that things will get much better offensively this year, I still worry that they're a team that can be shut down by good pitching. Their hope, I imagine, would be to win playoff games by capitalizing on mistakes and hitting some balls out.

MLB has talked a lot about enhancing baseball's offense, yet the one really significant thing they did heading into this season is deadening the ball a bit. Go figure. Honestly, though, it seems like all of the sophisticated technology in the game has tended to favor pitchers over hitters. Pitchers can get immediate feedback on whether they are getting maximum movement on their pitches while hitters still have to recognize those pitches and put the barrel on them.

I could understand how MLB clubs have emphasized home runs with the pitchers dominating the hitters the way they currently do. The problem is that we have too many hitters in the game who are vulnerable in exactly the same way, which makes a pitcher's job easier. When a team built like the Mets fails to hit home runs, it's generally not going to be pretty to watch.

MLB should legalize some of the more standard formulas that pitchers use to improve their grip while really cracking down on some of the stuff that ridiculously enhances their ability to enhance spin rates. There is a recent piece on The Athletic by Ken Rosenthal and Eno Sarris that explains this well. Other than that, though, I don't think MLB needs to make crazy rule changes to bring the game back into line. I believe teams like the Mets need to look into fielding lineups that don't feature 7 or 8 guys utilizing the launch angle swing. I think if they do that, we'll see fewer games where mediocre pitchers dominate lineups with a single approach to getting them out. 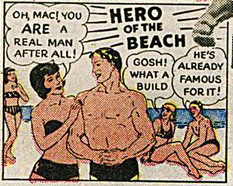 As for the 2021 Mets, there's no magical solution that I see for turning things around. I'm grateful that we're not playing a compressed season like last year, and there's still plenty of time to do so. I still believe the likeliest outcome for this club would be a strong playoff contender with a well-above-average offense, but nothing is a foregone conclusion. That's why we play the games.

I don't know if the calendar changing over from April to May will make much difference, but it sure couldn't hurt. I'm tired of watching other teams kick sand in the Mets' faces. It's time to man up, fellows. Only the strong get to be "Hero of the Beach."