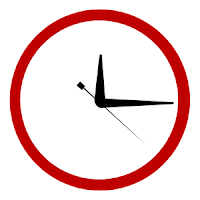 A reasonable goal for the New York Mets this season is to win 90+ games and make the playoffs. It certainly seems achievable with the current roster, even if it's not something the Mets have done all that often. They've managed 90 or more wins only 11 times in 59 seasons leading up to this year. The first time was the Miracle Mets 1969 season. They didn't do it again until 1984, which was the beginning of the most successful era in Mets history. They were over 90 wins for the next 5 years, missed it in 1989, then did it again in 1990, the final year of Frank Cashen's tenure as GM. Manager Davey Johnson also departed 42 games into that fateful season.

That 7 year stretch from 1984-1990 was the only time in Mets history that they sustained that level of excellence. In the 30 completed seasons since then, they have only surpassed 90 wins 4 more times. Two of those were at the apex of the Bobby Valentine era in 1999 and 2000. The other two came in 2006 and 2015. As I sit here writing these words, it dawns on me how incredibly unsuccessful this team has been, particularly since the Golden Age of the Mets ended. Seriously, you almost have to try to be that bad to only surpass 90 wins 4 times in 3 decades. Mind-boggling incompetence.

Yet the mid- thru late-80s stretch shows that excellence can be sustained, even if it isn't easy. No matter how far the Mets manage to go in the playoffs this year, winning 90+ games and making it there is, I believe, important for changing the losing culture with this team. Anyone could quibble with individual moves the Mets front office did or didn't make this offseason, but they certainly put together a roster that can viably compete to achieve those two goals. Now it's truly up to the players.

Even a very good team doesn't surpass 90 wins by accident. You have to achieve and sustain a fairly consistent level of play across 6 months of a baseball season. While every team has some highs and lows during the year, it's important to maximize stretches of good play and minimize poor performance. The 2021 Mets currently struggle just to stay over the .500 mark. To win 90+ games, they're going to have to win at least 18 games more than they lose on the season. While I don't believe the 2021 Mets have shown us their best by any means to this point, they haven't shown a propensity to put any distance between themselves and break even.

To do that, they're going to have to put a winning streak together once in a while. They did have a 4-game winning streak early on, but their next best streak is two in a row against the Phillies this past weekend. As I'm sure you know, that streak ended last night against the St. Louis Cardinals, with the loss dropping them back to a game under .500. To add a bit of insult to injury, the 5 runs they put on the board last night would have won a game for them in 7 of their 11 losses this season.

The timing of firing hitting coach Chili Davis and his assistant seems a bit weird, with the 18 runs the team put up on the board in the last 3 games representing a virtual offensive explosion for this team. It makes me suspect that the current front office wasn't really sold on Davis as the hitting coach from the get-go. Sure, you could speculate that Francisco Lindor's continuing epic struggles at the plate weigh strongly in the decision. To me, this move screams about the Mets making a move that they wanted to make all along, to which I would ask, why wasn't it made before spring training?

I've been a baseball fan for a very long time, and I believe I understand the game at a fairly deep level. However, I'll never pretend to have any real understanding of the dynamic of coaching hitters and pitchers. I never played baseball at a high level. While hitting coaches are undoubtedly important, I lack the expertise to intelligently discuss why one coach might be better suited for the job than another. So I'm not going to sit here and champion either Davis or his replacement, Hugh Quattlebaum. Both Quattlebaum and his assistant, Kevin Howard, are much younger and presumably more in touch with modern hitting theories and the analytics behind them.

In truth, what this most looks like to me is a message to Luis Rojas and the team itself that much more is expected of everyone. If this team is to compete this season, floundering around dipping a bit above and below the breakeven mark can't continue. The tolerance for mediocrity that characterized this club for so long is part of the past. While GM Zack Scott was assuring the press that the primary reason for the change was about "the process behind the scenes," I can't help but believe that creating a sense of urgency for winning also had something to do with it.

If the Mets are serious about competing this season, they need to start distancing themselves from .500. The top teams in the National League right now are around 5 games above .500 as we speak. Getting to that mark this month would be a good place to start for the Mets. If they can get to 10 games over by at least the end of June, then you could start taking them seriously as a competitor. Right now, they're just struggling to be mediocre.

I'm not down on Francisco Lindor, who I would happily still bet on as having a strong career with the Mets. It once took Carlos Beltran the whole 2005 season to really find himself with the Mets. Showing confidence in the man by leaving him at the top of the order is not paying off right now, however. It's time to move him down and let him earn a prime spot in the lineup once he figures things out. Also, maybe consider giving the guy a day off to clear his head, although that might have to wait until Luis Guillorme returns from the IL.

The Mets had a tough start to this season, between the cancellation of their opening series and all of the rainouts since. Patience was called for with some of the early struggles, particularly with hitting. But with the Mets 23 games into the season and unable to keep above .500, it seems to me that the time was right for a bit of impatience. I'm never a big believer in firing coaches, but I understand that the purpose for such a move is bigger than just the contributions of that particular coach.

I hope sometime in the next couple of weeks we'll see some real growth from this club. If the Mets are still struggling to keep their heads above water by that point, then I think we may have a real problem here. I hope that's not the case. I think it's important for this team to begin looking and playing like a real contender.

Creating a sense of urgency within reason made sense. There's a limit to the magic that Donnie Stevenson can impart to these hitters. At some point, they're going to have to figure out how to produce and more consistently outscore their opponents. If not, more folks are going to be following Chili Davis out of the door.