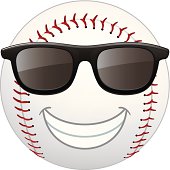 Although I am not someone with the skills to evaluate prospects, I've been interested in scouting and development for quite a while. Years ago, as I began to question the lack of sustained success by the New York Mets, I began to look around at the clubs that were much more successful — particularly in smaller markets than New York. The biggest common denominator was an ability to find and develop Major League ballplayers. There are a lot of moving parts in scouting and development. All of them have to be working properly for a club to attain and sustain success at the Major League level. As important as developing a good number of contributing Major League ballplayers, it's even more important that some players become impact Major Leaguers.

In my personal quest for answers on why the Mets — a team that did spend a lot of money before the Madoff scam broke — lagged behind in so many areas, I concluded what I believe was elegantly expressed in a piece by Bill James from late last year. It seems to be behind a paywall now, but I discussed it in a post from January. James wrote about how successful teams must excel at both Top Level and Ground Level work. Basically, what we as fans see is Top Level stuff, while what goes on behind the scenes is the Ground Level stuff.

James was writing positively about the Mets hiring of Jared Porter as GM. This was, of course, before the details of Porter's harassment of women came out. Here is an excerpt of what I thought the key part for me of James' argument explains why there was so little success here even when there was spending is as follows:

Let's hope that acting GM Zack Scott is the right man for that same challenge. From what I've read so far, this seems hopeful.

When it comes to developing prospects, the Top Level stuff would be the Amateur Draft and international signings. As interest in MLB's draft has grown, fans of teams pay attention to the players taken at the top of the draft. Also, if the Mets sign one of the top international players, there will be something about it in the regional news coverage. But most of the players who enter into a system are anonymous to all but the small percentage of ardent fans who follow this stuff on sites that cover it. As I noted above, having player development wins beyond the most touted prospects separates the best organizations from the others.

It's obviously important to have your top picks pan out, but that's not always going to happen. The Mets have drafted well in recent years but came up short on two first-round selections in 2012, Gavin Cecchini and Kevin Plawecki. Plawecki, at least, has managed to carve out a career as a backup. Cecchini was the 12th pick in the draft, taken ahead of such players as Marcus Stroman, Lucas Giolito, Corey Seager, and Michael Wacha. He managed to slash .217/.270/.301in 83 AB before disappearing back into the minors. Sometimes it just doesn't work out. But 8th round pick Tomás Nido is still with the club and making a contribution.

The Mets have had some success producing Major League ballplayers from their system in recent years, but not enough to build a talent pipeline for their Major League club. It didn't help in the 2 years under Brodie Van Wagnen that they traded away top talent for questionable returns.

Van Wagenen actually did a good job bringing talent into the system in the two drafts he presided over. Still, the net effect was to add prospects further away from the Majors while subtracting those closest. Let's just say if the Steve Cohen-owned Mets continue with that strategy, there's a likely chance for a continuation of Wilponian results, with Cohen quickly achieving the undesirable "popularity" of the former owners. Fortunately, that doesn't seem to be the game plan any longer.

The Mets have made hires in their scouting department since Steve Cohen purchased the club. As this would fall under the heading of Ground Level work, any improvements here will take years to evaluate. The Mets have had some success with their academy in the Dominican Republic. Jeurys Familia is a notable example. Still, they lag behind the most successful clubs in developing impact players from the international side. Improving in this area would undoubtedly help them to achieve more Major League success going forward.

One area where I expect to see the Mets emulate some more successful clubs is in developing pitching. Tampa Bay has been successful with this, particularly with bullpen arms. The LA Dodgers have done a great job developing arms as both starters and relievers. The Milwaukee Brewers, who once struggled to develop any pitching, have done a great job in recent years. But no club has been better this past decade than the Cleveland Indians at developing great starting pitching. The club has been likened to a factory when it comes to producing that valued commodity.

There was a long piece on The Athletic back in December 2019 entitled "The Pitching Whisperers." It detailed the way that Cleveland has succeeded in developing so many excellent starters. Basically, Cleveland's approach involves utilizing the latest technology available to all 30 clubs, but then they take it much further. Where the Cleveland organization excels is at is customizing its approach for each pitcher and making sure that their development people are all on the same page with whatever is decided upon:

The Indians stress tailoring information to the individual. Pitching coaches at each level converse with coordinators and front-office members to devise a plan for each pitcher. If there's a new wrinkle or idea — and everyone's voice is valued, a core principle of the organization — the coaches, coordinators and analysts in the baseball operations department collaborate to determine the proper message to present the player, "the 'why' behind the plan," as assistant GM Carter Hawkins described it.

"We can come up with really, really good commands in our heads," [Assistant Pitching Coach Ruben] Niebla said, "or think we have some massive breakthrough in development, but if it doesn’t get through to the player, it’s irrelevant."

It's important for the New York Mets organization to invest in the latest technology that Fred and Jeff Wilpon weren't willing to spend on. But building a state-of-the-art pitching lab with Trackman or Rapsodo cameras is only the beginning of competing with the best organizations to develop young pitchers. Having the right coaches to translate the data so that a minor league pitcher can understand and feel confident in executing will require a constant process of hiring and training the right people. As the best people move up in the organization or get hired by other clubs, there needs to be continuous hiring and grooming of new talent.

When a player moves up through the various levels of the minor league system, he shouldn't be subject to the vagueries of what that level's pitching coach feels is important. The message needs to be well thought out, tailored to the individual, and, just as importantly, consistent at each stop along the way. Going back to that Bill James piece, this is all Ground Level work. It would give me great satisfaction if someday I was reading a piece about how successful the Mets pitching development had become.

It's interesting to note that Cleveland's success in generating starting pitchers hasn't translated into developing hitters. The Indians' struggle to draft and develop position players is almost as stark as their success with hurlers — same organization, much worse results.

Technology for helping hitters hasn't advanced as fast as it has for pitchers. The poor offensive numbers from this season demonstrate that we are in the midst of a challenging era for hitters. For all that, you would think that customizing an approach for each young hitter and having everyone in the chain of development on the same page as to what the org is attempting to accomplish with each hitter would still apply. So would having the right people in place as coaches who excel at explaining teaching concepts to the young hitters.

For what it's worth, the Dodgers have demonstrated the ability to develop pitchers and hitters. It's not mutually exclusive. I know that if I was the billionaire who owned the club, I would task my baseball people with looking around at what the best in the industry were doing and incorporating what they learned into the Mets organization.

I don't think the route to success with young hitters would be to have some sort of rigid "Mets way" of hitting and demanding that each prospect fall into line with that teaching. But I believe that certain outcomes should be common and stressed with each player.

While it's likely inevitable that most talented young hitters would follow the current launch angle approach and using their best power swing even with 2 strikes, I would like to see every young hitter learn techniques to beat the radical shifting employed today. It's amazing how few hitters in today's game can take the ball the other way when no one is playing on that side of the infield.

Developing some aptitude for doing that and pushing bunts into vast chasms of unpopulated grass should be something every young hitter works on at every level of the minor leagues. Coming up to the majors with some ability to make the opposing team pay for extreme shifting would force opponents to play a little more honestly against that player, which should translate into more hits. With hits at such a premium in MLB today, that seems like a goal worth working towards.

How things work out for the Mets this season seems a bit fraught right now. It's just been a ridiculous number of injuries. The current healthy Mets roster seems better suited for Syracuse than Flushing, Queens. I hope I never see the injury bug bite this badly ever again. The best a fan could hope for right now is for the team to hang around the top of the division while awaiting the return of their best players.

How things work out with the farm system is a book that's still being written, much of it out of the sight of even the most curious fans like myself. Much depends upon how it plays out. The past couple of decades have featured a couple of great playoff runs and little else besides misery for Mets fans. The possibility of a happier ending will rest upon the front office's success in overhauling the club's scouting and development.