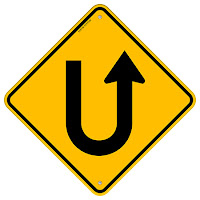 If I was to pick a low point of the young baseball season for the New York Mets, it would probably be April 30. The Mets had just lost the opener of a series in Philadelphia, despite Marcus Stroman only allowing the Phillies a pair of unearned runs that scored on a passed ball. That dropped the Mets to 2 games under .500 and honestly made me question if I had overrated the team's chances of contending this season. It wasn't just that awful game that disheartened me. It was also losing two games against the Boston Red Sox earlier that week where they only managed a single run and the way the Mets had their butts handed to them in a disheartening sweep by the mediocre Chicago Cubs the week before.

They managed to rebound and win the series against Philadelphia but then dropped the first two games in St. Louis against the Cardinals. If the Friday game in Philly was the low point, Wednesday afternoon in St. Louis between games of a doubleheader was a close second for that dubious honor. They dropped the first game after scoring a single run once again in support of Marcus Stroman and were facing a bullpen game in the nightcap.

Unexpectedly, the Mets took that second game rather easily, winning 7-2 with 6 Mets pitchers contributing to the victory. Since then, they've played six more games and have won all of them — a most improbable and unexpected 7-game winning streak. Last week I wrote a piece hoping that the Mets might get to 5 games over .500 by the end of the month, positioning themselves to make a run at the 90-win season that would likely earn them a playoff spot. It never even occurred to me that they might hit that goal in just over a week.

Interestingly, the Mets put that streak together without solving most of the problems that made them so inconsistent in the early going this season. They're still not scoring a lot of runs, and the home runs have come very infrequently for a club built to score a substantial amount of their runs with that weapon. The team as a whole is slashing .238/.330/.350 over their first 31 games. That 350 slugging % ranks them 14th among National League teams.

In their 7-game winning streak, the Mets have only managed 10 extra-base hits — 6 2B, 1 3B, and 3 HR. They've received solid pitching from their starters and bullpen, played good defense, and ran the bases well. They've minimized their own mistakes while cashing in on some of their opponents' blunders. In fairness, they've also been a bit lucky after suffering from some terrible luck at times when things weren't going so well.

So what does it mean? Well, I'm still convinced the Mets are going to need to hit for much more power if they're going to win 90+ games. They're not the 2015 Kansas City Royals, full of scrappy guys who tenaciously hung in at-bats and were built to play small ball.

One thing they do have in common with those Royals, at least so far, is a stellar bullpen. The front office did a solid job of assembling the pieces for the bullpen, and pitching coach Jeremy Hefner deserves a ton of credit for the success of the whole staff, the bullpen in particular. Still, I think it's quite unrealistic to believe there won't be some rough stretches from that crew over the course of a 162-game season. If the Mets are going to be a playoff team, they'll need to outscore the other team sometimes when their own pitchers falter.

Of course, one thing that bodes well for the bullpen moving forward is the depth of arms that contribute to it. The core of the bullpen, as it stands, is Edwin Díaz, Trevor May, Aaron Loup, Miguel Castro, and — surprisingly — Jeurys Familia. That's quite a lot of depth in relievers that you can feel pretty comfortable watching in late-inning/close situations. Robert Gsellman, Jacob Barnes, Tommy Hunter, Sean Reid-Foley, Jordan Yamamoto, and Drew Smith have all provided some solid bulk innings to back up the top guys. There is still the prospect of Seth Lugo returning, with the hope that he can join the group with Díaz, May, Loup, Castro, and Familia as part of the core.

If we knew one thing for certain about pitching in 2021 heading into the season, having quality bulk options was going to be a key for surviving a playoff run. What we've seen so far bodes well for the Mets pitching holding up over this challenging season. The team shouldn't have to find itself where it has been in previous failed years: trotting the same handful of guys out there in every close game until their best relievers become tired and ineffective. Just check out the numbers for the bullpen arms of the 2019 Mets, the last time they had to navigate a 162-game season. It wasn't just the disappointing seasons from Díaz and Familia that sunk the club. The vast majority of those guys couldn't get it done.

That the Mets are holding their own right now, with reinforcements coming for both the 'pen and the rotation, is a genuine reason for being hopeful about the club's chances that transcends the momentary rush of a winning streak. Now, if they can only start hitting a few more balls out of the park.

Very early in my return to blogging, I expressed my feelings about the Jared Kelenic trade in a 2-part post that still pretty much says it all for me. Prodding the regret of Mets fans for the prospect that the team stupidly traded away has been a New York media staple for a long time. Joel Sherman weighed in on the matter yesterday in a fairly typical manner.

Pretty standard stuff for the genre, though I'm not sure what the point should be as far as the Mets trying to "salvage" the deal. To be clear, there is no salvaging this deal, and no one currently with the Mets should give that idea a second of thought.

If Edwin Díaz resembles vintage Mariano Rivera for the next few years, and Robinson Cano finds an effective mask for steroid use that allows him to contribute anything of value in 2022 and 2023, this was still a stupid, pointless trade by a GM who was in deeply over his head and employed by completely clueless ownership. If Kelenic is a complete bust, that doesn't salvage a deal that was so idiotic, it is perhaps the most perfect example of why the Wilpon era was so awful.

For the record, despite the hysterical headlines in the local sports pages and the endless words spilled on building that hysteria, Jared Kelenic succeeding is not my nightmare. Period. Full stop. My nightmare ended when Fred and Jeff were forced to sell the team. Period. Full stop. Sure, it will sting a bit when Jared Kelenic enjoys the career we all expect him to have. It will be a reminder of just how hopeless everything truly was under the Wilpons. But Kelenic has moved on, as have the Wilpons and Brodie Van Wagenen. I'm going to move on, too, despite the best efforts of the local press.

The current owner and front office have nothing to do with this terrible deal. They have no need to redeem it, and certainly better things to do than waste any effort trying. However, if they insist on doing something to "salvage" this deal, my only suggestion is to win. Bring a long-overdue championship back to Queens.

No one can change the past, and it's a complete waste of effort to try. I've confirmed with the MLB offices that the strict "no backsies" rule for idiotic trades is still in place. So move forward, thank God that both Brodie Van Wagenen and Fred and Jeff are in the rearview mirror and give us a World Series title. We'll scream ourselves hoarse and shed some tears of joy. I'll guarantee you, no Mets fan will be thinking of Jarred Kelenic for even a second if that happens.