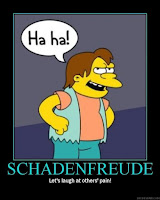 As you probably already know, Seattle Mariners' top prospect Jarred Kelenic failed in his first attempt to establish himself as a Major League ballplayer. An 0-39 stretch was the final nail in his coffin. He'll now try to regroup in Triple-A. Most experts still expect Kelenic to become a very good player in MLB; it's just going to take a bit longer. Not every young player will become an instant star.

As you also know, the local media has covered Kelenic relentlessly since Brodie Van Wagenen immediately signaled how unprepared he was for the Mets GM job with his idiotic trade for Robinson Cano. They do this because these stories get their share of eyeballs. It's not only Mets fans who have become obsessed with the thought of yet another "one who got away" story. The whole ongoing story of Mets incompetence has become a prevalent topic in the national baseball media, and they're going to cling to it as long as they can. It matters not at all that the Wilpons, who created the mess that inspired all of the LOL Mets stuff, are finally and irrevocably gone.

The trade that the Mets made, sending Kelenic, Justin Dunn, Gerson Bautista, Jay Bruce, and Anthony Swarzak to Seatle in return for Cano, Edwin Díaz, and cash covering $4 million per year of Cano's $24 million annual salary, has been rightly panned by just about everyone who opined on the deal since the day it was announced. I don't believe that I've ever read a single take where the author liked the Mets' side of the deal.

Seatle undoubtedly would have taken much less to get rid of Cano, even with Díaz included in the deal. Van Wagenen got fleeced badly, no doubt. Hey, I can sympathize. I bought my first car, a 1972 Camaro, when I fell in love at first sight at a less-than-reputable used car lot. The guy that owned the place saw the stars in my eyes and got me to pay about twice what the car was worth. I only had it for a year before it finally gave up the ghost. It was an expensive lesson, but I never got duped like that ever again buying a car.

I'll assume that Brodie learned some lessons from his trade debacle. In any case, I doubt very much that any MLB team will ever let him anywhere near a GM job again. After all, he was never qualified in the first place. Don't feel too bad for the guy, however. He definitely landed on his feet. Meanwhile, Mets fans are left wondering how the $40 million the Mets still owe Cano could possibly bring much value back. As a bonus, we also have the relentless, breathless, and quite silly coverage of Seattle's top prospect, who was, of course, once one of ours.

There are so many stories to write about the Mets this season. They're a more interesting team to discuss than they have been in quite some time — unless the only thing you're looking to talk about is the tried and true, LOL Mets, organizational dysfunction variety. Then you're just left with the same old tired, used-up crap that keeps getting regurgitated in the desperate quest for attracting eyeballs to content.

Case in point: Matthew Roberson's piece in the Daily News yesterday. Roberson, noting "dozens of cheerful moments" so far in the Mets season, then actually characterized Kelenic's demotion as "a brief addition of schadenfreude" for Mets fans. For those of you who don't do crossword puzzles, schadenfreude is defined by Webster's dictionary as "enjoyment obtained from the troubles of others."

I'm friends with a good number of Mets fans. One guy I know even felt that trading for Robinson Cano was a good move, although he's since changed his mind when Cano was suspended for this season. I do not personally know a single Mets fan who derives enjoyment from Kelenic's failure to stick in the Major Leagues.

Don't get me wrong. I know there are some Mets fans out there who are rooting against Jarred Kelenic. I doubt very much, however, that the majority of Mets fans feel this way. Most of us don't view life in the sort of zero-sum, do-or-die mentality that demands that some kid fails so that we can feel "better" about something that was done by some folks who are no longer here.

I feel as if I'm solidly in the majority when it comes to Kelenic. I don't follow his day-to-day exploits, as I tend not to do for players on other teams, even those who formerly were Mets. My focus is elsewhere. But I sure as hell don't root against the guy, and I take no pleasure in his misfortune nor the misfortune of Mariners' fans.

Jarred Kelenic didn't ask to be traded, and I don't believe he thinks much about the trade that sent him to Seatle. Making it in the Major Leagues is tough enough, as his rough 23 game introduction to MLB demonstrated. He doesn't need the ridiculous extra spotlight from the media trying to needle Mets fans with his exploits.

There is so much to discuss and debate about the Mets right now. Should they trade for a starting pitcher, or should they try to keep it together while they await the return of Carlos Carrasco and, eventually, Noah Syndergaard? How many more chances does David Peterson get in the meantime?

Or how about Albert Almora? Now that he's nearing a return, does he warrant a spot on the active roster? He did a nice job in the field but managed only a single and a walk in 22 plate appearances. Given the contributions of some of the recent pickups, is Almora really the best choice for a bench spot?

With the news that MLB will finally be cracking down on sticky substances, do we suspect any pitchers currently on the roster as likely to be negatively affected by it?

There are many fascinating topics to be discussed in regards to this Mets club. But writers like Roberson have to repeatedly return to Jarred Kelenic to milk every last drop out of this tired story in their endless quest to wrestle clicks out of the perceived misery of Mets fans. 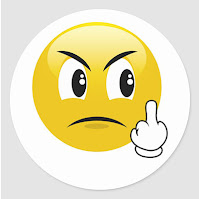 Seriously, guys, to Matthew Robinson or anyone else who can't keep from taking another dip from this well because they don't have what it takes to draw eyes with fresh takes that feature real analysis and offer something of value to their readers, I offer the salute that your efforts so richly deserve.
You know, it's funny. When the Mets were playing the Padres this weekend, Gary and Ron talked about the trade that sent Fernando Tatís Jr. to the Pads from the White Sox in exchange for James Shields. We all know what Tatis has become, while Shields went 16-35 with a 5.31 ERA for the White Sox in parts of 3 seasons. I had forgotten about this trade. Sometimes trades work out quite badly, but most teams' fans aren't forced to relive them over and over in some sort of media Groundhog Day scenario.
For Jarred Kelenic, as much as I understand how your eventual success will ensure countless pieces in both the local and national press of the same ilk as Robinson's, I still hope you eventually make it. From everything I've read, you seem like the sort of player I like to root for, as long as they're not playing against the Mets. And seriously, the day I take pleasure in some kid's failure because my team made a bad trade, that's the day I stop watching baseball. Life's too short for that sort of thinking.
Please be well and take care.