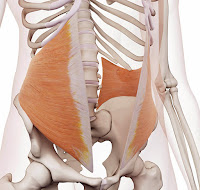 Last night's New York Mets game against the Pirates was so boring that I fell asleep on it, literally. In fairness, that was partly due to the medications I'm taking since my operations. But I've seen a version of that game so many times this season that even the little kerfuffle between Marcus Stroman and the immortal John Nogowski didn't provide much of a stimulant. And worry about a potential Francisco Lindor injury didn't do the trick, either. Right after it happened, it was so obviously the type of oblique injury that will cause Lindor to miss a good-sized chunk of time that dwelling on how it might eventually play out seemed rather pointless.
For that matter, it feels equally pointless to dwell on another ugly game for the Mets offense. If you're charitable and live with your glass half full, you can chalk it up at least partly to the aftereffects of the All-Star break. If you're inclined to be a pessimist, you might see the game as a sign that the Mets will continue to wallow in the offensive doldrums in the second half. For myself, I'm content to sit back and let it play out.
As I see it, the bottom line is that the Mets must be a better offensive team in the second half, or they're likely to be watching the playoffs at home again for the gazillionth time this century. I still believe they will hit and make the playoffs, but I would find it comforting if they actually hit and sustained that effort over more than just a handful of games.
As for Lindor, his absence will hurt, particularly on defense and the absence of his leadership. But the Mets have some decent depth at shortstop with Luis Guillorme, Jonathan Villar, and even José Peraza. It's not ideal, of course, but it could certainly be worse. Anyway, at the time of writing this, there has been no further word on Lindor.

To change the subject, there was a piece on the surprising success of the San Francisco Giants in The Athletic by Tim Kawakami earlier this week that I enjoyed reading. Personally, I wasn't buying into the Giants' great start early on. Even as some of the Giants' veterans the team was leaning on (Buster Posey, Evan Longoria, Brandon Belt) have suffered some injuries, the Giants keep on rolling along in the toughest division in the National League. At 57-32, they're ahead of both the World Champion Dodgers and the Padres, who had had the most aggressive offseason of any club. They've enjoyed surprisingly good offense from those grizzled vets, but they've also received great starting pitching and effective relief pitching.

While I'm still not convinced that the Giants are quite as good as they looked in the first half, it's impossible not to admire the half-season plus they put together so far. And, even in a division where the Dodgers and Padres will likely continue to be very good over the next few seasons, the Giants seem to have a solid foundation for the future. If I were a Diamondbacks or Rockies fan, I might consider petitioning for my club to be reassigned to the Central Division.

For my purposes, I was interested in looking at what part of the Giants' success might have implications for the Mets. The Giants have been essentially rebuilding since they collapsed in the second half of the 2016 season after a great first half. A lot has happened since then. Brian Sabean, who had successfully steered the franchise for so long, stepped down from running the club after the 2018 season. The Giants replaced the old-school Sabean with Farhan Zaidi, previously the Dodgers GM under Andrew Friedman.

The Giants have done a good job rebuilding their farm system since Zaidi took over. Given Zaidi's work with the Dodgers, it wasn't surprising to see the team go in that direction. From Kawakami's article, I took particular interest in the author's explanations why this year's Giants team was in a better position to sustain success than the 2016 club, which couldn't. One big reason is roster flexibility and the relative strength of the farm system:

Five years ago, the Giants were locked into that roster. Now, Zaidi can ride the veterans for as long as they can go or he can add or subtract at the trade deadline relatively freely. Five years ago, the Giants were stuck with those big contracts and didn’t have a lot going on in the farm system to push the status quo. Now, the contracts are running out and Zaidi has prospects lined up in the system — the Giants can add salary at the deadline if they want, they can trade a prospect or two without wiping out the future, or they can do parts of both things.

One of the goals for the Mets farm system has to be the ability to trade some prospects without wiping out their future. For a club following the model of the LA Dodgers as the Mets are purported to be doing, the idea of developing prospects for your own roster while still having some surplus for acquisitions is crucial. It's why I'm so leary at the thought of the Mets making a deal that would require them to deal multiple prospects out of the relatively small pool that they currently possess.

Kawakami points out Farhan Zaidi's roots with the Dodgers and that club's philosophy with their Development system that has made the club successful and enabled them to sustain that success:

[T]he Dodgers didn't trade away many of their top prospects for immediate help in Zaidi's time. Instead, under team president Andrew Friedman, the Dodgers waited, built, waited and then leaped to acquire Mookie Betts from the Red Sox before last season. Zaidi was running the Giants by then, but I think he's following that model: Build up the system to make sure you can replenish the major-league roster with inexpensive talent, maybe find your long-term stars through the draft and only move major pieces if and when a young superstar is available.

I have no source within the Mets and no clue at all where they might be willing to go at the trade deadline in a couple of weeks. However, I could pretty much guarantee — barring something catastrophic happening between now and then — that they will do something. I'm not against them making the 2021 club stronger, but I do hope that they follow the model that the Dodgers and Giants have used and avoid the temptation of trading their best young players away for bandaids — even if that bandaid has another year of control past this season.

The Mets traded some prospects away during the final years of the Wilpon era, as the former owner and his son desperately attempted to make a final splash. They failed to make that splash, and the club has been poorer for those efforts this season. The Mets have done an excellent job drafting for the past decade. Continuing that good work, combined with some more patience and a clearer view of the value of consistently adding good, cheap talent to the Major League roster year in and year out, is a worthwhile goal that I hope this Mets management can see through successfully.

I read with interest the news from earlier in the week that MLB is likely to put an end to 7-inning doubleheader games and those extra-inning ghost runners after the season.

I hated both ideas when they were implemented, particularly the runner at second base idea, which felt like a Little League rule. But one thing I can't argue with is that both rules have protected pitching staffs from overuse in trying times.

Where would the Mets be this year without 7-inning doubleheaders in particular? Their bullpen, in particular, might already have been taxed to the breaking point.

I'm curious if MLB does walk away from these rules if they develop some other way or ways to accomplish this task. Because COVID-19 isn't done interfering with the MLB schedule, and bad weather will continue to be a huge factor as the vast majority of MLB stadiums continue to lack roofs.

The black jerseys are back. I know some folks aren't happy. I have a soft spot for those black jerseys worn by the 2000 and 2006 Mets clubs, but I greatly prefer the traditional uniforms. However, it seems to me that the club's plans to wear black on a very limited basis is a good compromise. You'll never be able to make everyone happy, of course, but I think they handled this whole thing pretty well.