Balancing the Future vs. Now 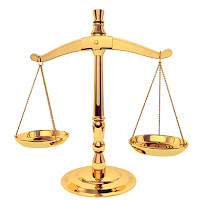 Tim Britton in The Athletic has a thoughtful piece up on some possible ways the New York Mets might approach the trade deadline at the end of this month. Of course, the Cubs' Kris Bryant is right up at the top. The trade rumors that persisted throughout the winter will only continue to build over the next two weeks. The Cubs are definitely sellers now, and Bryant is a free agent after the season. Jed Hoyer would be stupid not to try to obtain value for Bryant.

The Mets considered the asking price for Bryant last winter way beyond where they were willing to go for a 1-year rental. Well, the rental is down to two months plus whatever sort of playoff run the Mets can put together, provided they get there. Their Division lead currently sits at 3-1/2 games over the Phillies, with both Wildcard teams likely coming out of the NL West this season. The San Diego Padres are currently sitting in that second Wildcard spot, with a 53-40 record. The Mets are 47-40.

The NL East is certainly there for the taking, but the Mets will need to play better more consistently, or they could still find themselves heading home in October rather than into a playoff series. Bryant is an obvious upgrade at third base and a proven bat for the lineup. It remains to be seen, however, what the Mets are willing to give up for him. According to Britton, the Cubs are likely to be asking for more in return for Kris Bryant than they were over the winter:

Bryant is in the midst of a terrific season, one basically in line with his career norms after an abysmal abbreviated 2020. He's played five different positions, including center field, while posting an .854 OPS, and the price tag for two months of Bryant is likely higher now than it was for six months of Bryant last winter.

The report back in the winter was that Chicago was holding out for a package built around Mets top prospect, C Francisco Alvarez. Meanwhile, Alvarez's stock has only risen during the ongoing minor league season. The Mets would be crazy to trade the 19-year-old for a rental. I have a hard time making up a deal in my head that would include Alvarez that I would be in favor of. It would have to bring back a really good young pitcher or position player with some years of control left.

The Mets have some excellent prospects in their system, with #1 pick Kumar Rocker reportedly close to coming to terms with the club and giving them one more. What they lack, however, is a depth of prospects. They need to be careful with how they handle the ones that they have. It's not that I believe that any of their prospects should be considered untouchable. But they're going to need a good number of prospects to develop into Mets if they hope to build something sustainable. Trading good prospects for rentals is probably not the best plan for the Mets until they manage to broaden out their system at some point in the future.

"You need to be careful with rentals. We've got to remember that baseball is not the NBA. It's not one person has the opportunity to make as big of an impact. That's not to go down a slippery slope and say, well, why trade for any rental then if it's not going to make an impact? You don't want to go that far.

But the reality is the game is designed to limit the impact of a single player, whether that's a starting pitcher or hitter. So we have to be smart. It doesn’t mean I'm opposed to rentals. We’re going to talk to rentals because they're usually the most available players, and their cost in the industry is, most of the time, fairly reasonable because of that."

That seems to me a smart view with which to approach any potential deal this season. If the Mets are willing to deal any of the handful of top prospects they currently possess, it seems most likely that they would do it for a good starting pitcher with some control left. But Britton reports that the cost of that sort of acquisition is likely to be very high.

For instance, the Mets have been linked in rumors to Minnesota pitcher José Berríos. The 27-year-old has another year of control left beyond this one. But, according to Britton, the price in prospects Minnesota wants in return is extremely high. Britton suggests a deal that included David Peterson, J.T. Ginn, and "at least" either Francisco Alvarez or SS Ronny Mauricio.

You could defend that package, particularly with Mauricio. It would still leave the Mets with Kumar Rocker and Matt Allan (when he returns from Tommy John surgery late next season) as top pitching prospects. Mauricio is seen by many as expendable, with Francisco Lindor signed long-term. The Mets would have a guy in Berríos for this year's playoff run and next year, when Noah Syndergaard and Marcus Stroman will be free agents, and the Mets will need starting pitching.

As I see it, the problem with trading away the controllable Peterson, along with one of their top pitching prospects in Ginn, leaves the Mets much more vulnerable depth-wise next year in pitching. We've seen the importance of that depth this season. Also, Allan reminded us of the fragility of pitching prospects when he went down to TJ after looking so great this spring.

And even if Mauricio's greatest value to the Mets might be as a trade chip, they'll only be able to trade him once. Trade him now, and you won't have that chip for a future deal. And the Mets would need to ask themselves if holding onto the kid for one more year wouldn't increase his trade value and bring back something more in a deal.

Finally, if the Mets made this deal, it could backfire on them the same way the Stroman deal did. The extra year of control the Mets paid for with Stroman vanished with the COVID-19 pandemic. While I'm not predicting a new pandemic for 2022, MLB and the Players Association will be negotiating a new contract after the season.

If you paid attention last spring when they were just trying to get some sort of a season underway in 2020, you understand how contentious those negotiations are likely to be. I wouldn't bet my life savings that there won't be a protracted strike in 2022, and any part of that season lost to MLB/Player strife would represent a loss of a part of that precious year of control left on Berrios.

If the Mets make good on their promise to contend for the playoffs every year, they'll need a lot from their farm system to fuel that sustained success. Moreover, they will have to achieve that with lower draft picks, a smaller draft pool, and less money to spend on international free agents that the more successful teams are allotted.

Because of this, teams with good records year-to-year have to work much harder to sustain a successful farm system. The Dodgers have done it, but one of the big reasons the Cubs are sellers this year is that they were unable to keep their system productive while they were winning.

It's going to be really hard for the Mets to sustain success, and they're going to have to spend their prospect capital wisely to accomplish that. It will be interesting to watch how they approach the upcoming trade deadline and the future beyond this season. It will be difficult to balance the future with current needs, and it will make for some interesting discussion and analysis going forward. I'm sure we'll be talking about this quite a bit in this space.

Is it just me, or is anyone else out there uncomfortable with the endless gambling tie-ins between the game telecasts, the pre-and post-game shows, and just about anything baseball-related on SNY? It's not that I find myself jonesing to dribble away all of my income with baseball bets. Gambling has never been a weakness for me.

But I know some people with gambling problems who still enjoy watching sports. I wonder how comfortable they are watching baseball this season with the endless gambling references. I also wonder how many future problem gamblers might be created from this constant hard sell to bet.

I understand baseball needs ad dollars as the Regional Sports Network model struggles during this cord-cutting era. And gambling sites have money to spend. But the constant betting references seem like way too much, and I can't help but wonder if, in the long run, baseball comes to regret this choice.