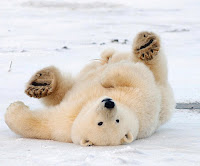 The All-Star Game and all of the related festivities have come to an end. I didn't watch a second of it live, but I did find the Home Run Derby on YouTube and scanned some of Pete Alonso's highlights the next day. It wasn't that I was psyched to see him win the thing. I believe the Home Run Derby is fairly boring to watch on tv, even if one of "your guys" manages to come out on top. Most of the majesty of watching the best-hit balls sail far out of the park is lost with the way television has to cover it. The only way to really experience that is to attend in person.

I was happy for Pete when I heard that he won the Derby, but what made me want to watch some of it was reading how much fun he had doing it. And that was really great to watch. I think what makes Pete Alonso greater than just his impressive abilities with a bat in his hand is that he really enjoys being Pete Alonso. He was born to be a star baseball player in New York City.

My hopes for the second half of the season hinge on the Mets performing better offensively. Although he hasn't been all that bad in the first half of the season, I think Alonso is certainly capable of more. Jeff McNeil has been looking a lot better lately. Brandon Nimmo's return has been quite successful, and Dom Smith has slashed .297/.357/.595 in July. J.D. Davis should be back soon, and I'm still hoping for Michael Conforto to find his stroke.

Despite some big disappointments, the Mets have done a decent job keeping themselves in the playoff chase despite a Red Wedding's worth of carnage to the roster this season. One thing that has made the difference is a much more effective bullpen than expected for most of the first half. Unfortunately, there have been some cracks in it recently, and some of that comes down to playing so many close games where the bullpen contributed significant innings.

The hope would be that players like Nimmo and Davis returning to the roster, along with guys like McNeil, Smith, and Conforto providing numbers more in line with what was expected coming into the season, would join Alonso and the revitalized Francisco Lindor and help the Mets have more games where they score enough runs to take some pressure off the bullpen.

Maybe take some of the pressure off of Luis Rojas, too, who still has something to learn about managing bullpens. Although I am not a Rojas hater, I thought his decisions on Sunday against the Pirates cost the Mets a winnable game, and that wasn't the first time this season that's happened.

Rojas has done some good things managing the Mets through a trying first half, and I don't hate everything he does with the bullpen that some fans don't like. For instance, I don't really have a problem with the Mets deploying Edwin Díaz in non-save situations, even though his numbers aren't great in those games. I believe we are in an era that demands flexible bullpen usage as a key to success, and closers who can only pitch in save situations are a luxury from the past when starters pitched more innings.

The Mets should be able to use Díaz in high-leverage situations outside of the ninth inning with a lead. He needs to get used to the experience. The only way to get him used to it is to keep running him out there.

In Sunday's game, my problem with Rojas was some inexplicable decisions in a game with four straight days off afterward. Why open the game with Aaron Loup, your only lefty reliever? Why try to get a third inning from Jerad Eickhoff or a second inning from Miguel Castro? Why not try to mix and match to get some outs from the rest of the bullpen? Bringing Díaz in for the attempted 5-out save is more defensible, but maybe it wouldn't have been necessary if he used Drew Smith for an inning instead of trying to get 2 out of Castro. We'll never know. Of course, if the Mets offense didn't stop scoring after the first inning, reliever moves would have mattered a hell of a lot less.

Anyway, the Mets return to action Friday against the Pittsburgh Pirates. It would be great if Alonso and the rest of the offense can take on more of the load for the last 2-1/2 months of the season. Any team is going to get shut down by mediocre pitching at times. That's the nature of a long baseball season. But it would be terrific if it wasn't happening multiple times a week to the Mets as it has in the first half.

Lindsey Adler, Britt Ghiroli, and Eno Sarris had a piece on The Athletic last week about MLB's efforts to make a better baseball. While much of the focus has been on pitchers cheating with super-sticky substances to get more spin on their pitches, many pitchers use much less sticky concoctions such as a combo of rosin and sunscreen just to get a comfortable grip on the baseball.

Now, of course, they could simply make something like a rosin/sunscreen combo legal, but some pitchers would figure out how to substitute stickier stuff so they can go back to cheating for more spin. The obvious solution here would be to make a more grippable baseball where it's not necessary to use anything at all to grip the ball comfortably and securely. If this has to be done with a synthetic material rather than leather, I won't shed any tears over the demise of the leather baseball.

Of course, building a better baseball will take a while, and we're unlikely to see anything like that for another year or two or even longer. It also doesn't inspire confidence that the same folks who designed the pajamas that the teams wore for this year's All-Star Game will be involved in that process. But building an inherently easy to grip baseball that didn't drastically change its flight characteristics from season to season would go a long way towards making the baseball itself a non-story rather than a source of constant controversy.

Tomorrow is the 3-week mark from the date of my combo back and neck surgery. I'm still in some pain, and the rehab is kicking my ass every day, but I've been able to stop taking the Oxycodone a few days ago. I'm going to try to post more regularly now that my mind is free from the haze of that drug,