(Still) Waiting for a Turnaround 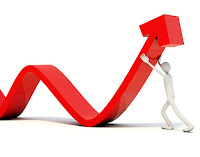 The just-completed weekend wasn't a high point in New York Mets history. The Mets are coming off a long homestand where they did nothing to solidify their tenuous hold on the National League East. The Philadelphia Phillies and the Atlanta Braves are doing all they can to give the division to the Mets, but the New Yorkers refuse to accept the gift. Instead, after taking 2 of 3 from the one good team they would face — the Toronto Blue Jays — the Mets offense slipped back into stone-cold mode against the mediocre Braves and Cincinnati Reds. The end result was losing 3 of 5 to the Braves and 2 of 3 to the Reds. And it could have been worse. They only scored 3 runs combined in the 2 games they took from the Braves, and it took a rare late-game comeback to win once against the Reds.

The Mets are 104 games into the 2021 season. While I entertained the hope that their offense would wake up and eventually produce closer to expected levels, with 58 games remaining, we are solidly in "we are what our record says we are" territory. The Mets are one of four teams in MLB scoring less than 4 runs per game. The other three are the Miami Marlins, Texas Rangers, and Pittsburgh Pirates. The other three clubs sit hopelessly in last place in their respective divisions, with only the Pirates are averaging fewer runs per game than the Mets.

Yesterday afternoon's snooze fest 7-1 loss in the rubber game against Cincinnati was representative of many dispiriting Mets losses in 2021. After blowing an early chance to pile on some runs, the bats went dormant while the Reds slowly inched the game out of reach. Michael Conforto saw his batting average fall to .196 with an 0-2 performance that has earned him some game time off while Luis Rojas and staff try to get him out of his head. The mini-surge Conforto enjoyed in Pittsburgh and Cincinnati after the All-Star break seems part of a distant past.

If the uninspiring homestand wasn't enough, the cherry on top of all of it was the news that the Mets and first-round pick Kumar Rocker did not come to an agreement. It turns out the Mets didn't even offer a contract to the big right-hander after getting a look at MRIs when he came to New York for his physical. Whatever is wrong with Rocker is apparently more significant than just a need for Tommy John surgery in the near future. Neither the Mets nor Rocker's agent Scott Boras will share any more detailed info on the subject. The bottom line is that all of the excitement when Rocker fell to the Mets has evaporated into the ether.

Oh, I almost forgot. Right after the Mets traded last year's first-rounder Pete Crow-Armstrong for Javier Báez and pitcher Trevor Williams at the trade deadline, we found out Jacob deGrom would be on the shelf until September.

As I've detailed a few times since late June, I've been dealing with a long, tough rehab from neck and back surgeries. My energy level has been negatively impacted by that. But honestly, that's been a walk in the park compared to the steady flow of bad news and uninspired losses coming out of Flushing recently.

The Mets haven't been a source of much positive energy lately. Even today, as I sit here writing these words, I just found out Brandon Nimmo was scratched from the lineup just before game time. If there is one thing I can say for sure about the 2021 Mets season, it's that the bad news just keeps coming.

Between the Mets struggles, the Rocker situation, and (apparently) the Mets' failure to grab every available player at the trade deadline, the team has been taking a beating in the local media. I chuckled when Ken Davidoff, once a pretty good baseball columnist for Newsday but now pretty much a full-time troll for the Post, picked the Mets as a loser at the trade deadline because they failed to make a deal for players who went to other teams at the deadline. This, of course, ignored the fact that these coveted players went for the sort of prospects that the Mets couldn't afford to give up in bulk as they work to improve their farm system. I won't even link to that piece, I think so little of it.

I felt that the Mets could justify losing Pete Crow-Armstrong for reasons I laid out in my last post, but they certainly couldn't afford to give up multiple prospects at this point. When you look at what teams received for the most coveted players, the idea that the Mets could land one of them without parting with a couple of their top 5 or 6 prospects seems fairly remote.

On the other hand, it's important to note that, after giving up Crow-Armstrong and not signing Rocker, the Mets essentially have no first-round pick in their system from the past two drafts. For a team trying to transform into the "East Coast Dodgers," that's a big problem.

I'm not going to debate whether or not the Mets should have made an offer to Rocker. Clearly, their medical staff was extremely put off by what they saw during their physical. I will give them the benefit of the doubt when the team says it felt that it was bad enough to walk away from the pitcher and take the comp pick next year. Steve Cohen had a tweet that some people took offense at, but I thought put things very well:

"Education time - Baseball draft picks are worth up to 5x their slot value to clubs .I never shy away from investments that can make me that type of return."

Some people seemed to feel Cohen was talking down to them, but I didn't take it that way. I thought it was just answering the accusation that the club was being cheap by not taking a chance on Rocker. Although draft picks are smart investments, Cohen was saying that whatever they saw during Rocker's physical mitigated against that. This was clearly something more than just a worry that Rocker would need TJ surgery in the near future. I can buy that.

However, even the club has admitted that they made a mistake by not having a backup plan if they failed to sign Rocker. There was no Plan B signing later in the draft where the Mets could have taken the approximately $1.3 million saved on other picks and tried to entice a player headed to college into signing. Instead, they built the final 19 rounds of the draft around signing Rocker.

The Mets can redeem some of this by drafting successfully next year, including the comp pick for not signing Rocker. What they can't do is get that $1.3 million in spending capital back, nor can they get the lost 2 years of first-round picks back. It's not insurmountable, but it's a stumbling block that will hinder them in building their system into what it needs to be.

Media trolls aside, the Mets didn't help their reputation as a team to be taken seriously by so obviously whiffing on Kumar Rocker, along with their ongoing faltering efforts to take control of an eminently winnable division. I honestly don't care about mean things being written and said about them in the media. I worry about a failure to change the perception of the franchise around baseball that will negatively impact future free agent pursuits and the club's ability to attract the best talent to work for their organization.

The Mets are only in year one of their organizational makeover. They were also hindered by a late start due to the sale of the team not going through until November. But there's clearly a lot of work left to do:

Finally, at least to me, the Mets are clearly behind the better teams in the National League. Los Angeles, San Francisco, San Diego, and Milwaukee have proven themselves to be superior clubs. Any sojourn to the Playoffs by the Metropolitans is likely likely to be relatively short and unsuccessful. The caveat being, of course, that the best teams on paper don't always win in October. Still, the odds are against the Mets.
For all of that, I still believe strongly that it matters that the Mets pull themselves together and take the NL East. As I said earlier, the Mets are a club that really needs to change the narrative about themselves around the game. Nothing accomplishes that quite as much as showing that the team could win. On the other hand, if they falter and come up short of the Playoffs, it's just going to go down as "same old Mets."
So injuries, season-long slumps, unsigned draft picks be damned. They need to figure out a way to win this freaking division and keep 2021 from being a truly lost season. Of course, as I sit here writing this, they're losing to the freaking Marlins. Are the Mets ever going to turn this season around? Jeez...
************************************
Speaking of changing the narrative, I keep coming back to what a disaster it would have been for the Mets if they had successfully signed Trevor Bauer in the offseason. It would have likely negated any of their efforts to turn their reputation around regarding their treatment of women. It would be another load of ca-ca piled high onto the sizeable dung heap of other things that have already gone wrong this season.
As I wrote a couple of weeks ago, whoever allegedly vetted the controversial pitcher needs to answer for their failure. The Dodgers have clearly moved on from Bauer by acquiring Max Scherzer. The LA players reportedly "never want to see Trevor Bauer again."
The Dodgers took a PR hit as fallout from the signing, but they didn't carry in all of the baggage that the Mets labor under. For LA, the fallout will be over fairly soon. If the deeply troubled Bauer had chosen differently last winter, he'd be a more potent load of poison to this Mets franchise. Given all of the crap that we're already dealing with, thank God we dodged that bullet.