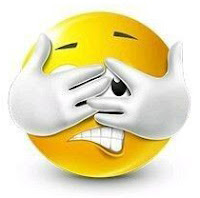 When I last wrote in this space 8 days ago, the New York Mets were floundering but still in first place. It's been pretty much all downhill since that point. As I finished my piece last Monday, the Mets were in the process of dropping a game to the last-place Marlins. They would lose 3 of 4 to Miami, then get swept in their 3-game set in Philadelphia. If you were somehow transported forward in time, basing your opinion on the 2021 Mets strictly on the games they played over the last 10 days, you'd probably think you were watching a last-place team in the midst of a rebuild.

The story recently, as it's been pretty much the entire season, has been the offense. In their last 11 games, the Mets have scored 30 runs. That's less than 3 runs per game. 10 of those runs came in the 2 games they managed to win over that stretch. That leaves 20 runs in those 9 losses, just barely over two runs a game.

The problem, of course, is that these offensive woes have been ongoing since the beginning of the season. The struggles with leaving men on base go back even further. The 2020 Mets were a better offensive team than this iteration. Still, they had troubles driving in runners, too — their pitching was just so bad last year that failing to capitalize on base runners didn't stand out as egregiously in games they were losing big.

The Mets managed to get to 10 games over .500 in mid-June and look very much like a potential Division winner because their pitching carried them. It seemed inevitable that the pitching would come back to earth at some point, and the offense would have to take up a fair share of the load. That never really happened. Meanwhile, effective pitchers were dropping like flies, and Jacob deGrom has only managed to make 15 starts.

For all of that, including the recent misery, the Mets are still a game over .500 and 2.5 games out of first place. They've had a lot of things go wrong for them this season. If the breaks even out a little, the Mets can still contend for the Division.

Of course, I've been waiting all season for the breaks to even out. I've lived long enough to understand that there's no guaranty of that happening. You could flip a coin a dozen times in a row and have it come up tails. You might think that it's really due to come up heads next time, but mathematical probability still dictates that there's a 50-50 chance of getting tails again. Unfortunately, the bad breaks may very well continue to outweigh the good ones for the Mets over the next month-and-a-half.

At some point, if things don't turn around, you wonder what comes next for this club. When the Mets dropped out of contention in previous years, you could hope for prospects to be promoted to provide some missing late-season energy. However, there are no exciting Minor League prospects even close to Major League ready in the organization. Their best kids are in Double-A and Single-A. I guess you can hope for a sleeper like Jeff McNeil was when he was first called up in 2018. It's not very likely to happen.

The Mets might decide to take another look at Khalil Lee, the young outfielder they traded for this past winter. He looked very much overmatched early in the season during an emergency call-up, but Khalil has put up a solid .271/.447/.447 in Triple-A Syracuse this year. He has the look to my admittedly untrained eye of more of a potential fourth outfielder than a starter, but he's the one Mets prospect that might be called up for a look if the season continues to go south.
But the real future of the Mets primarily lies further away, with Brett Baty and Mark Vientos in Binghamton, Francisco Alvarez and Ronny Mauricio in Brooklyn, J.T. Ginn in St. Lucie, and Matt Allan whenever he returns. Hopefully, there will be some lesser heralded kids who also step up. After what happened with Kumar Rocker, I hope the Mets make a splash in the international free agent market come January, but anyone signed then will be a teenager and a long way away from the Majors.
So my only real hopes for 2021 lie with a turnaround for the big league Mets. Even if that does happen, I don't have an abundance of optimism for this team making a big playoff run. Sure, sometimes a mediocre team can catch fire in the postseason. If deGrom can get and stay healthy, the chances get a little better. But the main thing would be just to break out of the cycle of futility and just make the damned playoffs. It would give the club something to build on even if they just went one and done in October.
Even making it past October 3, when the regular season concludes, seems like a tall order right now. "Ya gotta believe" has been a mantra for us Mets fans for a long time, but this Mets team isn't making it easy to feel that way. Then again, the 2015 club didn't look at all like a playoff team until quite late. You just never know in baseball.
I will say that I feel less despondent about the current state of the club than I would if the Wilpons were still running things. Steve Cohen may not always be the most diplomatic guy on Twitter, but he does seem to have a handle on how best to operate a team. Cohen actually seems to be learning on the job. That just never seemed to be true for Fred and Jeff. I believe very much in the future of this organization and that the best days are ahead of us.

I maintain that Cohen and the new front office were hampered by a late start, thanks to the sale not going through until November. However this season plays out, I expect to see much more out of them this coming winter. I guess that will be a topic for discussion if the Mets can't turn their bad play around and get back into the race over these dwindling weeks of the season. For now, I'm going to stick with "ya gotta believe" for as long as it seems possible.

A brief personal note here. I didn't intend to take a week-long hiatus from writing here. It wasn't the struggles of the Mets that scared me away. After so many decades of rooting for this team, a bad couple of weeks isn't going to deter me.

I had a pair of operations late in June on my neck and my back. Although the recovery seemed painfully slow at times, I have bounced back quite a bit. My doctor cleared me to start walking my dogs in the woods again, to drive, and to start looking for a job. I'm going to be doing some rehab work 2 or 3 times a week. Lisa has a big surgery coming up, also. It's a lot, and it's going to be tricky to balance things for a while.

Today was the first chance I had to really sit down and write for a couple of uninterrupted hours in over a week. I'm not sure how often that chance will come in the near future, but I will continue to post whenever I can carve out the time. If you're a regular reader, please bear with me.