Catching up on the Mets 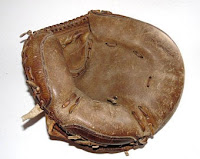 The New York Mets are in the midst of their first nice winning streak in months. After today's ugly but ultimately successful game in Washington, they have won 7 straight games they have played. Technically their streak is 6 in a row, as the first of those wins was the final 8 2/3 innings of a game suspended on April 11. Even though only one single out of the game was recorded in April, it goes in the books as a win on that day. Go figure.

The Mets' modest streak against the two bottom-dwelling teams in their division has made their path back into contention a little less improbable, but, at least for the moment, they're still 3.5 games out of first with two teams in front of them. There is a second game to be played and the Braves and Phillies have games tonight. Still, the Mets have made things a little more interesting after wandering in the wilderness for most of July and August, and that's a good thing.

It would be easy to get a little sarcastic here about how this run is too little and too late and comes against fairly weak opposition. I am not doing that, however. While I am still disappointed in the Mets' failure to win more than a couple of games in that stretch against the Dodgers and Giants, despite playing so many close and very winnable contests, the biggest failure of the Mets in 2021 was not taking care of business against teams that they should beat. To me, it's not insignificant that the Mets accomplished that over the last few days when not doing so would have finished burying them.

The Mets are still quite a long shot to truly get back into this race. Rustin Dodd summed it up very well in a piece in The Athletic Thursday:

The Mets have no one except themselves to blame for the dilemma in which they find themselves. I think back to how poorly they played against the Pirates in July when they had the chance to give themselves some breathing room. Before they were swept by the Phillies in early August, they lost 3 of 4 to the Marlins. But that's all water under the bridge now. I still believe that it's important for the Mets to have a good enough September to make things a bit more interesting. The idea of playing "meaningful games in September" may have a negative connotation in Mets history. Still, the simple truth is hanging around on the fringes of a pennant race beats dropping completely out of things every time.

Of course, the way that the Mets season has gone, combined with some of the negative happenings around the periphery of the club, has revived all of the old criticism about Mets' dysfunction. Some of it's just, some of it's grossly unfair, while some of it is just blatant clickbait. Since the recent circumstances of my life have precluded me from commenting on all of it as it happened, let's hit some of the highlights.

A couple of weeks ago, Ken Davidoff had a piece in the New York Post that belonged squarely in the clickbait category. Ken's premise seemed to be that the Mets should try to emulate what the Braves are doing before they try to be an east coast version of the Dodgers. Somehow in talking about trying to do what the Dodgers have done, the Mets were disrespecting the Braves — at least in Ken's mind.

Look, no doubt that Atlanta has been a much better run club than the Mets over most of the last 3 decades. The Mets could and should learn a lot from the success that the Braves have enjoyed. Among other things, the Braves have far exceeded the Mets in taking advantage of the international market while outdoing New York in most areas of scouting and development, period. However, the Braves don't operate as a large-market club. Just look at some of their short-sighted decisions last winter, including not re-signing closer Mark Melancon. Melancon signed with the Padres for $3 million — chump change in MLB — while Atlanta struggled with their bullpen for much of the year.

Atlanta will tear their team down and rebuild when they need to. They most recently did this in 2014-2017. They're a well-run team, but the Dodgers are a better example of what a large-market team must do to remain successful season after season without taking a 4-year break from contending. It's not disrespectful to the Braves that the Mets want to emulate Los Angeles. Frankly, it's quite silly to infer otherwise.

Next up in items I want to comment on is the infamous "thumbs down" incident with Javy Báez, Francisco Lindor, and Kevin Pillar. Understand that I absolutely hate the practice of booing your own team. I believe it contributes to a needlessly negative atmosphere around the club. Outside of New York, this just doesn't happen much, if at all. I would never boo a player on my team unless he was obviously not trying to perform.

However, fans — those who boo and those who don't — pay their way into Citi Field. Players like Báez and Lindor are paid quite well to play ball in front of those fans. That nice paycheck comes with some responsibilities, including respecting the fans who basically provide the cash behind the check. This includes the fans doing stuff you don't like. Báez's initial statement on the gesture was incredibly out of line. The Mets' organization simply had to respond. They responded quickly and, I believe, correctly when Sandy Alderson put out a statement. They did what they had to do once Báez put them under the gun with his comments.

As to whether this would affect a possible long-term signing of Báez by the Mets, I'm not sure. Frankly, I've never been in favor of the Mets keeping Báez. Javy was a great player in 2018 but really hasn't been since. His OPS+ in 2019-2021 is 87 over more than 670 plate appearances. That's well below average. His defense would also be less valuable at 2B than at SS.

I don't see tying up a ton of money in the man. I love watching his passion and baseball savviness at times, but many of his ABs are unwatchable. Plate discipline has always been Báez's downfall. He's unlikely to change his ways this deep into his career. If I was running the Mets, I'd let him go after the season for reasons far more important than his childish response to the fans. I don't think he'd be worth what it would cost to retain him. And there's the unanswered question of what the Mets plan to do with Robinson Cano over the last two years of his contract. Unless Cano is dumb enough to test positive again, the Mets have to pay him $20 million in 2022 and 2023.

The Mets have a lot of holes to fill going forward. They'll either have to pay to keep Marcus Stroman, Michael Conforto, and Noah Syndergaard, or they'll have to sign or trade replacements. I'm sure whoever is running the Mets after this season will be questioning just how much they will be able to get out of Jacob deGrom next year. Besides questioning the real worth of Conforto after such a poor year, the front office will have to decide whether this season has been an aberration for key players whose OPS+ for the year are well below average: Dom Smith (86), Jeff McNeil (88), and James McCann. None of those guys have a long track record of success on which to go by.

If the Mets follow through on what they talked about last winter — investing heavily in scouting and development to create a dependable pipeline of talent — they can establish themselves as one of the cornerstone franchises of MLB. They'll be in the enviable position of making trades when they need to, signing free agents that make sense for them, and still having plenty of talented kids to enhance their own roster. That hoped-for future is a few years away, at best. In the meantime, they'll need to be very smart with the players they invest in to build a viable contender in the here and now. I'm not convinced that Javy Báez is the right investment.

When I think about the decisions facing this front office, I can't help question what the Mets brain trust might look like in the coming offseason. As I'm sure you know, Zack Scott has done his best to ensure he won't be a part of that future. After emulating Tony La Russa and passing out at a traffic light, the acting GM faces pretty serious charges. While La Russa survived his foolishness, the acting GM of a team that avoided taking the "acting" out of his title probably sealed his fate when he chose to drive impaired.

It's easier to take a holier-than-thou approach with something like this, but I'll avoid the temptation. I remember when I was separated and then divorced from my wife years ago. I was 30 years old and spent some time hanging out with some other divorced work friends. Over a period of 3 or 4 years, a good chunk of this time involved hanging out in some local drinking establishments.

Alcohol was never a weakness of mine, thankfully, but if you spend several hours in a bar, by the time you drive home, you are going to be impaired. I drove home with a high enough alcohol content to fail a test more times than I care to think about. Unlike Scott the other day, I got away with it every time. That doesn't make me better than him, just luckier. The behavior stopped when I met Lisa, and our relationship developed.

Now, if I was the acting GM of a baseball team, hoping to keep that gig and lose the acting part from the title, I might have been a little more careful. It's got to be a fairly well-paying job. Enough, at least, to spring for an uber ride from Connecticut to wherever he lives. Scott's failure to do so may cost him any job with the Mets, much less the full-time GM gig.

I suspect that there would have been bigger changes coming anyway this winter. I do believe that Steve Cohen will pursue Theo Epstein. If that fails, I think he will pursue other options. I don't think we'll begin next season with Sandy Alderson running baseball ops. If Zack Scott gets another chance with the Mets, I don't think it will be as GM.

I've run out of time to finish this piece today, and I have a few other things I wanted to talk about. I will finish this with Part 2 in the next day or so. Until then, please be well and take care.