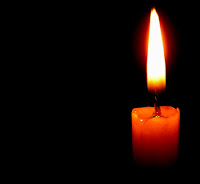 I've been working on a long post, looking ahead to the choices the New York Mets will be facing in the offseason. I've been dissatisfied with how it's been progressing. It was more negative than I generally choose to be on this blog. I've decided to table it for a while and pick it up again after the season. The Mets have plummeted so far in the standings recently that there is no longer any plausible drama for the remaining dozen games of the 2021 season. The club seems destined to finish third in the NL East with a record south of .500 for the tenth time in their last 13 seasons. A season that began with a ton of promise is ending miserably. As Mets fans, we have the uncomfortable feeling that we've been here before.

I'm not here to cry about how disappointing this season has been. I remember, years ago, being on the highway when my lane of traffic came to a screeching halt. I was the last car in line. I looked in my rearview mirror and saw a car flying towards me. By the time he hit his brakes, it was apparent that he would still be traveling very fast when his car hit the back of mine. I sat there and watched it all play out in my mirror. It seemed to take much longer than the few seconds that actually elapsed. By the time he smashed into the back of my car, the ending had already become inevitable and anti-climatic.

This 2021 Mets season has featured a similar slow-motion disaster dynamic, with the club's actual elimination from playoff contention a mere formality. I have grieved the 2021 Mets already, passing through all of the various stages. Now the real burning questions for me all lay in what's ahead.

There's no way to put lipstick on this pig. Steve Cohen's inaugural season owning the club did not go anywhere near as planned. The idea was to distance the club from all of the follies of the Wilpon era, but both the local and national pundits are tripping over each other to make the comparison with those bygone days. They inevitably list all of the things that went wrong since Cohen took over and declare that this is all just a continuation of the dysfunction the Mets organization labored under during those years.

There were quite a few stumbles since Cohen took over. The biggest was the failure to land a talented President of Baseball Operations. Cohen and new team president Sandy Alderson were very transparent about their desire to hire a top-notch executive to run the baseball operations of the club. Alderson was clear that he didn't take the job to be making day-to-day decisions in that department. But, rather infamously, the Mets were unable to get permission to speak to most of their choices. It also became clear that the job running the Mets didn't carry with it the cachet that Cohen and Alderson had hoped.

The truth of the matter is that coveted guys like David Stearns, Chris Antonetti, Mike Chernoff, and Erik Neander were able to make a terrific living in places where running a solid operation and making the playoffs was enough to ensure job security. Contrast that to New York, where executives are constantly second-guessed and asked, "what have you done for me lately?" If you miss the playoffs for a year or two in Milwaukee, Cleveland, or Tampa, you will not be handed a pink slip.

Much has been made about Steve Cohen's tweets. Personally, I haven't found them to be that bad. The one genuine mistake I thought he made was making a big deal about which former MLB exec was the source of a story in the New York Post. The quote from that person was that,"[i]n one year the value of the team has gone backward significantly," with Cohen's tweets a significant part of the story. In truth, I'm pretty sure that Cohen could sell that franchise today for as much or more than he paid for it.

Of course, the other part of the equation of Cohen's tweets is whether they would cause a potential candidate to hesitate to accept the PBO job with the Mets. While it's conceivable that it could scare someone off, consider it for a minute. Cohen isn't tweeting out insults to players or second-guessing his manager or team management. If he was, I'd be worried.

As it is, a potential executive that would allow themselves to be scared off by those tweets would simply not be a viable candidate for this high-pressure job. This is a media market where many different voices will be demanding that the club make a move in the offseason or at the trade deadline, then crucify an executive for making that move if it doesn't turn out well.

Meanwhile, making the playoffs for a few straight years will only get a PBO so far in this market. If the team doesn't win a championship, there will soon be fans and local media members clambering for that executive's head. The reality of job security in smaller markets doesn't exist here. For 36-year-old David Stearns or 40-year-old Mike Chernoff, that will probably matter.

I'm unsure whether the Mets will land a "name" candidate for the PBO job. If they do, it's going to be because Steve Cohen is willing to toss bucketloads of cash at someone, offer a long enough contract combined with said cash to buy out any fear of job security, and appeal to an oversized ego of a potential candidate. Because, as far as the Mets still have to go as an organization, it's still a marquis job to be the man to lead the large-market team and their fans back to the promised land.

There are obvious names being bandied about that might have the requisite ego for the challenge. Theo Epstein and Billy Beane are a couple that keep popping up. It's not certain that Steve Cohen will be able to lure one of them to New York, but I am confident that Cohen's Twitter account won't be the stumbling block in attracting that type of executive.

I'm not sure about the younger candidates already discussed. Even if the Mets are given permission to speak with one or more of them this time, there is a real possibility that Cohen's penchant for tweeting and the realities of this market might indeed scare them away. All I would say is that anyone afraid of the fundamental challenges of this crazy market and/or a few tweets from the owner is not equipped to handle the challenges of the job. That's not sour grapes. That's just a fact.

I'm curious to see how this and other issues with the Mets play out as the discouraging season concludes. I have more to say about these issues but will need to pick them up another day. I have more I wish to write about and some time this week to write. Please check back here soon. In the meantime, my advice would certainly be to take with a grain of salt the idea that everything is falling apart, and we Mets fans are hopelessly condemned to everlastingly relive the Wilpon era under the new ownership.