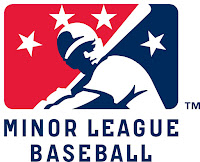 This offseason figures to be one of the most consequential in New York Mets history. Steve Cohen and Sandy Alderson will need to decide on the person responsible for laying a foundation for what the Mets will be for the foreseeable future. The manager and most of the coaching staff will be new next season. There will be promotions and demotions along with hirings and firings up and down the organization. The team on the field wearing Mets uniforms will undoubtedly look very different next year, as will the folks making the critical decisions behind the scenes. Unlike last year, Cohen and Alderson will have plenty of time to accomplish the tasks before them, with no excuses if they can't get the job done.

I'm sure there will be a lot to write about this offseason. We'll put in our two cents on candidates for the PBO job and who should be the next manager, as well as which players the Mets should keep and who they should take a pass on. We'll follow everything that happens with great interest and write about as much of it as possible. I still believe that this team can have a great future with effective leadership in place.

But I'd like to take a step back for a moment and share some thoughts on a story that's been ongoing all year, playing out in the background of all of the happenings in Major League Baseball. While MLB players vie for multi-million dollar contracts, players in the Minor Leagues still struggle to make a living wage from the game. MLB's decision to contract the number of minor league affiliates was made for a number of reasons, primarily to benefit the bottom line of major league clubs, of course. But MLB also claims that a goal of the changes to the minors was for players to have better facilities as they climbed the ladder of affiliated baseball.

It may very well prove to be the case going forward that the playing fields, locker rooms, and training facilities that the players utilize are better than they were before the reorganization. However, minor league baseball players are still forced to endure harsh living conditions. A couple of recent pieces on ESPN.com and The Athletic document the continuing problems with how these players are treated by the multi-billion dollar industry.

Earlier this month on The Athletic, Sam Blum had a piece on the struggles of minor leaguers in the Angels' organization. Players are given a small salary from which they're forced to pay their own housing expenses. This forces players to live out of their cars at times. When they do find housing, they have to crowd into small apartments with several other young ballplayers. The players' hotel rooms are paid for on road trips, but they need to feed themselves on the less-than-generous sum of $25 per day. The pressures of that lifestyle are crushing dreams for these kids.

Blum gives the example of Michael Cruz, a Double-A catcher in the Angels' system:

The 25-year-old has been in pro ball for six years. He has survived on less than $15,000 a season. He has lived out of his car. He has lived in homes where roommates are crowded but furniture is sparse.

For Cruz, who is not considered a prospect, the pursuit of his baseball dream has been debilitating. Housing insecurity, inadequate nutrition and a paycheck below minimum wage — common realities of minor leaguers — have created mental health struggles and physical hardships.

Baseball's tradition of treating minor leaguers poorly goes back many decades. Most of the young ballplayers under contract to Major League teams are not prospects. Only a tiny percentage will make it past A ball. Few of those will even earn a brief promotion to the big leagues. But many decent ballplayers continue to hold onto their dream as long as possible, which allows the real prospects to face solid competition as they move up the ladder to the majors.

Back in late September at ESPN.com, Joon Lee had a long piece on the same subject. Featured prominently was Kieran Lovegrove, a veteran minor league pitcher in the Angels' organization whose willingness to speak up about conditions really brought the plight of minor league ballplayers into the nation's consciousness:

This July, while pitching in Madison, Alabama, for the Rocket City Trash Pandas, the Double-A affiliate of the Los Angeles Angels, Lovegrove shared details with ESPN about the substance abuse, financial hardship, inadequate housing, lack of access to healthy food, anxiety and depression he faced -- and much of which he saw his minor-league teammates face -- during his nine-year professional baseball career. He blamed poor living conditions within the Angels organization on the team's billionaire owner, saying, "Arte Moreno wouldn't have his kids live like this." The Angels and Moreno declined to comment.
...By speaking out publicly -- a rarity for an active player -- Lovegrove ignited a new, rapidly expanding conversation about life in the minors. Inspired by his words, more players have begun to reach out to organizations such as Advocates for Minor Leaguers, a nonprofit that encourages players to speak up about their living conditions, to share their stories and search for solutions. With the dust still settling on the radical consolidation of the minor leagues by Major League Baseball after last season, the real change is only just beginning: Players and their advocates are coming together to fight for their rights.
When Major League Baseball cut 40 minor league teams last year, it said reducing and realigning would increase salaries at all levels and improve standards, which are not uniform across all 30 MLB clubs. But 13 minor leaguers, most of whom spoke to ESPN on the condition of anonymity, say it's not enough. While many fear that speaking out about their living conditions will damage the trajectory of their careers, there's a growing sentiment -- from the minors to the majors, from agents to former front office executives and all the way to Washington, D.C. -- that minor leaguers need to form a union to bargain for basic needs.

Lee's article documents the struggles of other minor leaguers. Another Angels' minor leaguer had to retire during the season because his pay was inadequate to cover his rent. Playing baseball was costing him money. An unnamed Mets farmhand reported becoming homeless after the 2019 season. He couldn't get approved for a lease because he couldn't show a pay stub from a current source of income.

Under pressure from the terrible publicity, MLB issued a statement to ESPN:

"We are seven months into a significant change that aims to address longstanding issues that have impacted Minor League players," the statement reads. "Improving the working conditions and pay for Minor Leaguers is among the chief goals of the modernization of our player development system. Player salaries and working conditions are unequivocally better than they were under the previous structure. While more work remains, enormous strides have been taken by increasing salaries from 38-72% for 2021, improving facilities, providing more amenities and better clubhouse conditions, and reducing in-season travel with better geographical alignment. We firmly expect clubs to seek reasonably priced housing options, including in challenging markets with inadequate supply. We will continue to emphasize the obligations that Major League Clubs and PDL Clubs have and look forward to the progress that the modernized player development system will allow."

This is all well and good, but the league really needs to address the issues of decent housing and proper food across the board. The changes to the minor league structure ensured that MLB teams control where their affiliates are located. There will be no more shuffling around like the way the Mets' Triple-A club was forced to move from Norfolk, Virginia to New Orleans, then to Buffalo, then out to Las Vegas before settling in Syracuse, New York.

With that stability, it's long past time for clubs to provide adequate housing for their minor leaguers without charge. A team could invest in a property or properties or make some long-term leasing arrangements in their affiliate cities, removing the burden of low-paid players having to find something they can afford with their low wages.

The Astros are already doing this, becoming the first team to provide their minor leaguers with fully furnished housing. The Mets, while not that generous, are among a group of teams reporting at least a more substantial commitment to taking care of their kids:

Seven teams -- the Yankees, Mets, Rangers, Phillies, Nationals, Giants and White Sox -- said they provide housing stipends, pay for extended spring training, feed players two to four meals per day and are considering positive changes for the 2022 season. The Phillies said they provide housing for players in High-A and extended spring training. The Giants pay 100% of the housing costs for the Arizona Complex League, Low-A and High-A.

In lieu of dramatically upgrading the salaries of minor leaguers to a point where they could afford decent housing and eat nutritious meals, it certainly would be feasible for MLB parent clubs such as the Mets to provide some sort of communal housing for single players and something more substantial for married ballplayers with families. I don't mean anything like a bunch of mattresses stuffed into a 2-bedroom apartment, either.

Something similar to college dorms would work for the single players. Individual bedrooms with some sort of communal living areas would afford decent living conditions without breaking the bank. Larger separate apartments would fit the bill for families. Teams could also provide nutritious meals for these ballplayers in a setting like this.

It makes sense that the benefits from better food and living conditions would pay off in more successfully developing prospects. In a post from last December, I linked to a Baseball America piece on how the Dodgers take better care of their minor leaguers than most teams. Beyond good publicity, it makes sense for a team to do this. The cost of taking better care of these players could very well be offset by creating a few more major leaguers from a team's system. We've repeatedly noted the tremendous value to an MLB club from populating their roster with inexpensive home-grown players. Then why leave these young men floundering in an exploitive system that works against their development?

For years the poor treatment of minor league ballplayers flew mainly under the radar. That's no longer the case, as more ballplayers are willing to go on the record with their experiences. Perhaps the combination of the inefficiencies of the system and the public relations black eye will provide the impetus for rethinking the treatment of affiliated minor league ballplayers. But it's more than just the right thing to do. It's the smart thing to do. I hope Steve Cohen, who has noted the value of developing prospects, takes a leading role in upgrading the living conditions of players in the Mets' system.