Some Thoughts on the PBO Search 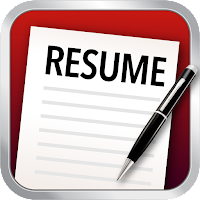 The postseason for the New York Mets has barely begun, but there is already word that Theo Epstein will not be the new President of Baseball Operations for the club. The news didn't strike me as much of a surprise, for many of the reasons that Joel Sherman delineated in his article. Epstein has made a lot of money in baseball and can continue making plenty of money doing whatever he pleases. After winning titles in Boston and Chicago, Theo is looking for a different challenge than repeating that achievement in another city. It always felt like quite a long shot.
Moving on from Epstein, Sherman lists some of the usual suspects in his piece. Billy Beane is the biggest name that gets thrown around quite a bit. Beane has enjoyed a remarkable run, but has stepped back and been less active in the day-to-day baseball operations in Oakland in recent years. As Sherman notes:

Beane is the A's titular head of baseball operations, but clubs that deal with Oakland say that GM David Forst is the main man. Beane has many other interests, including being an in-demand public speaker and owning a piece of two European soccer teams.

Beane turns 60 next March. That certainly doesn't disqualify him from the job, but I personally don't believe that fixing the New York Mets is a short-term assignment. It's one thing for Steve Cohen to share his desire for the Mets to become an east coast version of the Dodgers. It's quite another to enact all of the organizational change required to make that a reality. It's not simply about making some intelligent trades and a few good draft picks.

There is so much work to be done here, and it will require years to see it through. Several years, not just one or two. It's hard for me to imagine Billy Beane wanting to invest that kind of energy and time at this stage of his life simply to have a chance to win a championship. If that was truly important to the man, he would have departed Oakland a long time ago. These days, running a ball club is way more than just a full-time job — not just during the baseball season but year-round. I have my doubts that Billy Beane, after stepping away from the day-to-day grind of running a club, wants to dive back into it.

I could be wrong, but the only way it makes sense to me for Beane to take on this job is if he has an excellent GM working underneath him who can handle a good portion of the responsibilities. That could very well work, with that GM poised to take on the top job in the future. But that requires bringing in two critical hires at the same time. I can't help but feel I'd rather have one person come in who is younger and all-in on the work to be done.

Much has been written about how difficult it is to helm a baseball operation in New York. I have covered that subject myself more than once. The city is, by far, the largest media market in the country. All of these media outlets are in constant competition to draw ears and eyeballs to their offerings. While the Mets fanbase is plenty bruised and battered, it remains one of the most loyal and passionate. Any new PBO will have to endure constant second-guessing of everything they do. That part of the deal is challenging enough.

The job's difficulty is compounded by years of neglecting the ground-level work necessary to build a winning organization. I touched on this in a post I wrote back in December — which feels like a million years ago now. The idea of ground-level work came from a post that Bill James had on his site about the hiring of Jared Porter (this was before the accusations of misconduct and Porter's firing). I thought that James had managed to summarize quite nicely why teams like the Wilpon-led Mets could never seem to sustain success beyond a year or two:

...Theo [Epstein] used to talk about seeing baseball with both eyes, the scouting eye and the analytics eye.   But there's another way to think about an organization, which is ground-level and top-level operations.  Everything the fan SEES, everything they talk about on talk shows, everything that people like me in the public eye discuss, that's all top-level stuff.

Unfortunately, we're never going to get a chance to find out if Bill James was correct about Porter being the right man for the job. His personal failure to grow past an adolescent understanding of how men should behave towards women has taken whatever talents the man possessed out of baseball. However, what still rings true in what James wrote is that the level of ground-level work ahead for the new PBO of the Mets will be enormous. Yes, a good deal of work will have to be delegated to talented people underneath the PBO. However, it will still require constant attention and unflagging energies to affect the necessary change.

A sad truth about the New York Mets is that they are an organization that has become comfortable with losing. There have been far more bad seasons than good ones since that one stretch of success in the 1980s. While many of the problems have been structural, ground-level failures, there is also a glaring lack of the tough mindset that winning clubs have developed.

It's simple, really. Sustained winning creates a mindset that the club can overcome challenges and find its way to success. Sustained losing creates lingering doubt that makes it so much harder to turn things around. It takes more than a year or two of positive results to build that winning mentality. It takes constant effort at all levels of the organization to build that.

All of what I've touched on leads me to believe that the ideal candidate for PBO of the Mets needs to be a younger person with great ability and energy. This person will need to commit to spending several years accomplishing this job.

For all of the near-constant discussion of Mets dysfunction, and all of the "LOL Mets" stuff that gets bandied about, the only real cure for all of that is to build a deep, talented, and capable organization that consistently makes good decisions in both top-level and ground-level areas. Much of this will be opaque for fans such as ourselves, but we'll all enjoy the positive results on the field that ensue.

There is a chance to build a lasting legacy with this organization. It's about more than just winning on the field, as important as that is, of course. It's about taking the money that Steve Cohen is willing to provide and using it to turn the New York Mets into a showcase franchise that others look to emulate in the future. The job is enormous. If the new PBO succeeds, they will be given credit for a remarkable accomplishment.

Winning a championship with the Mets would be a remarkable achievement for anyone who takes over the baseball operations. But building an organization capable of sustaining winning over a period of years — something the Mets have only managed to accomplish once in their history — would be the foundation of an enduring, lasting legacy for the person responsible. But I think that person needs to commit to being here for at least a decade. I doubt Billy Beane wants to do that.

A younger man, such as the Brewers' David Stearns, would be better suited for the enormous task here. Of course, there's no guarantee that the Mets would receive permission to speak with Stearns or any of the other younger executives to which the Mets have been linked, for all of the reasons discussed in this post. But maybe the point for the Mets is to identify the next David Stearns, Theo Epstein, Erik Neander, or Billy Beane. Someone with the talent and the drive required to make the changes required. I don't really have a personal "favorite" for the Mets PBO job. I'm for any talented individual who is ready to come in and take on this enormous task.