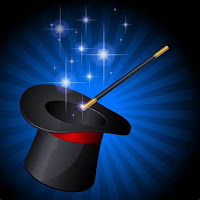 It's not a "magical season." This year's Mets team doesn't need magic to win.

Decades of incompetence and mismanagement of the Mets franchise under the previous owners have conditioned New York Mets fans to a generally pessimistic view of their team's chances. The formula was pretty basic. In the rare years that the Mets seemed like they had a chance to contend, they could do so only by overcoming the obstacles put in place by an organization that simply wasn't built on competence and a can-do attitude. Even when the Wilpons were willing to spend some money in the pre-Madoff days, that money wasn't always utilized in ways needed to build a club primed for sustained success. Particularly since the turn of this century, good Mets seasons were rarely followed by others. Making the playoffs twice in succession only happened in 1999 and 2000 and 2015 and 2016 — with that second one being a one-and-done wildcard game in 2016.

The Mets' ongoing problems were mainly centered around a lack of roster depth and an inability to build the minor league feeder system that has helped other clubs like the Dodgers, Red Sox, and Braves make repeat trips to the playoffs on a much more regular basis. Meanwhile, I repeatedly watched injuries sink one promising Mets season after another. Although their location in the New York market gave the Mets access to some of the finest medical care in the country, the Mets had a reputation for grossly mismanaging these injuries. When important players went down, the lack of advanced prospects to fill in often forced the Mets to attempt to win games with a roster sprinkled with has-beens and Quad-A types, rarely to any level of success.

Even last year, with Steve Cohen signing the checks, the depth that the Mets put together failed to withstand the losses of some key players. In fairness, the underperformance of important players such as Francisco Lindor, Michael Conforto, and Dom Smith played a significant role, too. But they also gave Cameron Maybin his last 33 MLB plate appearances, famously batting him third in a loss to Atlanta on May 19. It wasn't until May 29, his final game with the Mets (also against Atlanta), that Maybin managed to get his first base hit. Maybin was a great guy and a class act, and Mets fans actually were rooting for him, but he had no business playing in the majors last season. After the Mets let him go, Cameron failed to hook on with another club and subsequently retired from baseball.

So many things last year had the vibe of the previous era under the Wilpons, but things were changing. The Mets initially pursued candidates for a President of Baseball Operations job but pivoted to signing Billy Epler as an experienced GM familiar with the New York market. Once Eppler was in place, Cohen gave him carte blanche to spend whatever it took to ensure that the 2022 season wouldn't repeat 2021's disappointment. To that end, the Mets also replaced Luis Rojas as manager with the uber-experienced and credible Buck Showalter.

When I watched Max Scherzer take himself out of his start against the Cardinals, I had a good idea that I wouldn't be watching him pitch again soon. The diagnosis of a "moderate to high grade internal oblique strain" with a projected 6-8 week recovery time was more or less in line with what I expected to hear. I knew that Scherzer didn't remove himself from a game with something minor.

The one-two punch that the Mets suffered this year, losing Jacob deGrom before the season and Scherzer 1/4 of the way into it, is the type of misfortune that has typically derailed many previous Mets seasons. Frankly, many good MLB teams would see their chances of making the playoffs substantially diminished by the prolonged absences of their top two starting pitchers. It may very well sink this one, but I honestly don't believe it will. I thought there would be a ton of negativity in the local media because that's how everything with the Mets generally gets covered. However, while there has been some of that, I've been pleasantly surprised by the generally positive takes on the Mets' chances of surviving the loss of their top two pitchers.

Of course, there were exceptions to the rule. One by Howie Kussoy in the New York Post titled, "Max Scherzer injury injects dose of reality into the Mets' magical start," was more typical of the way the Mets have generally been covered, making the point:

Though the Mets have built a seven-game cushion atop the NL East, the team will have a hard time maintaining their lead without Scherzer, who signed a $130 million deal to come to New York. The Mets also recently lost Tylor Megill, who was put on the injured list Sunday with right biceps inflammation.

While winning the Eastern Division has undoubtedly become a more difficult task, the Mets are somewhat fortunate that the Braves and Phillies fail to mount any consistent challenge. Even after the disappointing (to say the least) losses in the last two games of the Giants series, the Mets are 6-4 over their last 10 games, including last night's victory over the Phillies. Over their previous 10, Atlanta is also 6-4. The Phillies are 4-6. The Marlins went 3-7, but they're looking more like a spoiler than a genuine contender, even with their strong starting pitching. So, while Kussoy tells us that the Mets will "have a hard time maintaining their lead" after losing Scherzer, it's hard to overlook just how poorly their top two opponents have fared over more than 1/4 of the season.

But there certainly are concerns for the New Yorkers. deGrom is probably going to come back sometime in July, but nothing that has happened with the Mets' ace over the past two seasons gives confidence that he will make it back and avoid the maddening trickle of injuries that have continually conspired to take Jacob back off the mound. Scherzer is turning 38 in July, and oblique injuries are notoriously tricky for younger men than him. Meanwhile, there will always be injury concerns with Taijuan Walker and Carlos Carrasco. But really, injury concerns are the reality for any MLB hurler.

The thing is, despite the title of that article, I don't feel the Mets are experiencing a "magical" start to the season. Sure, there have been moments of magic. That combined no-hitter was awesome, and being on the right end of late-game comebacks is way more fun than finding your team on the wrong end as they were Tuesday evening. But for the genuine charm of those great moments, the 2022 Mets season to me has been much more about competence and professionalism than enchantment and cosmic wizardry. Moreover, the competence and professionalism contrast starkly with how the club has operated previously.

If the Mets' success over their first quarter of a season was "magical," I'd be way more worried about them surviving Scherzer's and deGrom's combined absences. Plus, I'm aware that the Mets' schedule gets tough in June, a month that in recent years has often been unkind to them — repeatedly exposing would-be contenders as rank pretenders. I just don't feel that's likely to play out again this season.

Don't get me wrong, it's unlikely that the Mets will continue to win almost 2/3 of their games over the next month. They're probably going to need to tread water for a while, and only the somewhat unlikely continued incompetence of the teams pursuing them will keep their Division lead from shrinking. But, barring truly unforeseen catastrophes, I don't believe the 2022 Mets are primed for a repeat of last season's collapse.

The Mets need to get Tylor Megill back as a first step towards stabilizing their rotation. The good news is that Tylor just pitched his first bullpen since going on the injured list. If he avoids reaggravating the injury, a rehab assignment and a return to the Mets rotation will follow. Megill pitched 130 combined innings last season in the minors and with the Mets. The Mets reportedly wanted to hold Tylor to about 160 this year. That will be much easier to accomplish now, turning an unfortunate lemon into some positive lemonade.

Perhaps the Mets might actually be due for some good luck with injuries going forward. As Mets fans, we may be conditioned towards expecting the worse regarding injuries. But as long as the Mets continue to positively manage the health of their players, a reversal of the current lousy luck seems possible.

Beyond that, while the bullpen remains an area of concern, I have been positively impressed by what the team has managed to get out of some of their young relievers. As I mentioned in a post a while back, it's really not a simple thing to develop relief pitchers. The Mets have certainly not excelled at that in their recent past. But Colin Holderman looks like he could be a regular piece of their bullpen. Stephen Nogosek, Adonis Medina, Jake Reed, and Yoan López have all contributed this season. Contrast this with previous years, when reinforcements called up from the minors were often little more than cannon fodder — brought into games when the Mets were behind and turning losing efforts into disheartening routs.

Another reason to believe the Mets' success goes way beyond magical is the offense. Even in years when the ball was juiced and flying out of the park, the Mets' offense often bogged down in waiting for home runs. When they didn't hit them, the Mets had difficulty scoring.

Apparently anticipating the reduction in home runs in 2022, the Mets' front office put together a team not built around waiting for home runs. The results have been on display in games such as last night's win over Philadelphia. I believe this Mets team has the potential to hit for some more power than they have so far, but they will be well-served all season long by the ability to score when the balls don't fly out of the park.

As far as I'm concerned, the pundits can continue to go on and on about how the Braves will right their ship eventually. That's likely to be true and seems to be happening recently. And, yeah, keep pointing out how the Braves caught the Mets last season after starting slowly, conveniently ignoring that this is a much better constructed Mets team than last year's edition. It's the Braves that are going to have to make up 7-1/2 games in the standings against a Mets team that is unlikely to cooperate by going into the tank as they did after the All-Star break last year. While the Mets' position is hardly invulnerable, I'd rather be the team 7-1/2 up than the club chasing them.

Last year, I already had the feeling by Memorial Day that I was watching the slow-motion implosion of the Mets' chances. Honestly, their only hope seemed to lie in the Braves never turning things around. Once Atlanta started playing better, the fate of the Mets seemed as inevitable as that of the blonde in all the horror movies who just has to go into that creepy shed by herself. This year, I maintain a cautious optimism that, as a Mets fan, feels quite unfamiliar. But I kind of like it.

A quick side note. I haven't been writing as often as I would like to recently. I've been going through a tough personal time. I won't bore you with the details, but I do promise to write more often going forward. Thanks to all of you that continue to visit this space.