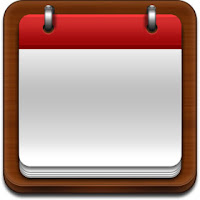 A couple of pieces from The Athletic sparked my writing today. The first article I wanted to talk about was this one from Ken Rosenthal. He reports that the Cleveland Indians have notified their players of potential target dates of June 10 for a startup of Spring Training, the sequel, and July 1 as a potential Opening Day.

This comes with all the usual caveats I wrote about a week ago. There really isn't a plan right now, nor can there be until Major League Baseball "gains a clearer perspective" on the way the epidemic is playing out in different places where baseball is potentially going to be played. The plan will need to be "adaptable," and even the schedule itself might be "subject to frequent change."

There are a lot of weasel words in the piece, which is understandable given that the COVID-19 disease isn't really all that well understood yet. We have no idea right now if the virus will be slowed down by the hotter weather coming up, and as Rosenthal pointed out himself, we are a couple of weeks away from seeing the results of states like Georgia and Florida that were "reopened" without meeting any of the criteria that was supposed to make it safe.

Still, I'm curious with some hard dates bandied about if MLB is finally at least targeting a July 1 start to the season. If players were to be brought back into some sort of training camp by June 10, exactly 3 weeks before July 1, you would assume that things would have to start rolling fairly quickly now as far as planning. So, if there is anything to this, we should hear something fairly soon.

I understand that both the owners and players have a strong financial incentive to get some sort of season going this year. Because of that, I have no doubt that it will be attempted at some point. but there are so many variables right now it's going to be tough to plan. I think we can look ahead to about 10 days from now and have a pretty good idea if something is going to happen in this time frame. If the COVID-19 cases are really exploding in those reopened states this is probably a pipe dream, at least for July 1.

On the other hand, the more the doctors and epidemiologists learn about this disease the more data there will be to make plans. I do believe it's important to play baseball again this season, even if it starts quite late and is only for, say, a couple of months.

I look at it this way. What if there is no vaccine ready next spring? Baseball could take what they learned from whatever they pull off in 2020 to at least come to some approximation of a full season. But that point there should be a lot more understanding of the disease, too - how to treat it and how to prevent it. So while I remain skeptical of all the unspecific buzz about how everyone is just rarin' to go play some ball some place, some day, you betcha, I do agree that they need to try.

We're going to have to figure out a way to get a whole lot of things done as a country in the months ahead. We'll need to get back as much of normal as we can without taking any more risks than are absolutely necessary. It's going to be hard, and nothing is likely to go perfectly.

Just to keep faith with the fans baseball has to make an honest effort to play. Even in the worst-case scenario, if MLB tries to start a season and it doesn't work out the way we all hope, at least they can take what they learn and apply it to the future. Hey, you miss 100% of the shots you don't take, right?

Update: Just as I finished writing the above I found a couple of more pieces online touting the July start date. Joel Sherman has one at the NY Post calling it "the most optimistic hope", while also noting all of the significant obstacles involved. Craig Calcaterra at NBC Sports' Hardball Talk in so many words also seems to think the July 1 date represents a hope rather than a firm plan.

Also at The Athletic site is Tim Britton's interview with Mets broadcaster Gary Cohen. Gary talks about the extended time away from the game and what it's like to call the simulated games with Keith and Ron.

He doesn't think we're even close to playing baseball right now, but when play resumes he feels that it will be a good time for MLB to try some experimental changes to the game.

One thing Cohen mentioned that makes a lot of sense to me is that you wouldn't want to play long extra inning games if you're already playing a condensed schedule featuring double headers.

Cohen alluded to the proposal to put a runner at second base to start the inning in extras. Personally, I hate that idea. It just feels gimmicky to me in the same way that the shootout in hockey does. I just can't get behind something where a completely artificial construct is introduced into a game to decide it.

My personal preference would be to !imit the number of extra innings. Maybe cap it at 12, and if it's still tied then it goes in the books as a tie. Not a perfect resolution, to be sure, but it doesn't feel as Little League to me as placing a runner at second.

Anyway, the interview is great. If you have a subscription to The Athletic or you take them up on a free trial it's well worth your time.

Stay well, everyone. We'll be back here tomorrow.