Baseball: Bruised, But Back 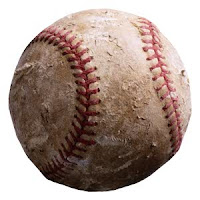 Ken Rosenthal had a nice piece in The Athletic today looking at some of the implications of the 60-game 2020 season. Rosenthal sees the chances of blockbuster trades as being less likely this year, given the threat of COVID-19 cancelling the playoffs, and the likelihood that many of the races will still be close by the August 31 trade deadline.

While I mostly agree with Rosenthal, I think the chances of a blockbuster trade will be tied to how many teams decide they just want to dump all of the payroll they can this season. I'd be surprised if no team decided to do a good old fashioned salary dump, particularly if a team considering the move got off to a bad start. Revenue sharing has pretty much put a stop to this over the past few years, but there is unlikely to be any revenue sharing in 2020. There will also be plenty of uncertainty over exactly how 2021 might go down.

I wouldn't at all be surprised if some teams decide to save money for this year and next, targeting 2022 for being competitive again. If a club like that had a top player under contract through next season, they might be willing to make deals. If a team was trying to acquire a player and willing to take on all of the salary, a penny-pinching trading partner might be willing to take considerably less in talent coming back for the salary relief. I think that a situation like this is the most likely scenario for us to see a consequential trade.

On the other hand, I can't imagine that any team looking to dump a player with an expiring contract this year could expect much of anything back. It wouldn't make sense to offer anything of value with uncertainty hanging over whether the Playoffs will actually happen. If those players get traded at all by the August 31 deadline, I can't imagine a trading team getting more back than salary relief and some token grade c prospect.

Although I think we Mets fans can be relatively secure that our club won't take on any salary this year, I feel fairly secure that they won't be looking to dump anyone just for salary relief. With the ongoing sale of the club I can't see them transparently weakening the team to save some money. I'm more worried about this coming off-season if a sale seems unlikely to go through.

Another thing Rosenthal brought up was the unbalanced schedule, especially the so-called rivalry series. I find it rather unbelievable that, in a 60-game season, clubs will be playing 6 games against their rivals. For the Mets, that means 6 games - a full 10 percent of the season - against the Yankees, while the Nationals play 6 games against the Orioles. This isn't only going to effect how Division races turn out, you're also competing for the wildcard against teams who might wind up playing their 6 games against some cupcake.

Further complicating all of this is that teams will play 20 games total against the AL Eastern Division. Since you can subtract 6 rivalry games from the 20, that leaves 14 games against the other 4 teams. So the Mets and other NL East clubs will presumably be playing 4 games against 2 AL East opponents and 3 against the other 2. So this means that the schedule will be further tilted by which 2 teams the Mets play the extra game against. Finally, since 3 isn't divisible by 2, how is that going to work for home and away? Since I'm assuming they're not playing any 1 game series, it most likely means that they'll be playing a 3 game series at home against one team, and a 3 game series on the road against the other.

We're used to MLB's greed in scheduling these interleague rivalry series where competitive fairness is never taken into account. Still, in a 162-game season a team can overcome some unfairness in how the schedule plays out, but in a 60-game season this is incredibly unfair. Add to this the weakness of the Central Divisions of both leagues compared to the Eastern and Western Divisions, and a team like the Cardinals has a much easier path to a wildcard than anyone in the NL East or West - particularly since their 6 rivalry games are against the Royals. There isn't even the slightest pretense at teams starting off with an equal chance at the Playoffs.

At FanGraphs, Craig Edwards offers up a reassuring argument that the problems that MLB and the union had with their negotiations this year doesn't necessarily make a strike or lockout inevitable in 2022. Edwards makes a number of interesting points besides the most obvious fact that 2021 should be a better year financially than this one, assuming an effective vaccine is developed and distributed by next year. Edwards also points out that the owners should be more interested in maximizing profits for 2022 than in cutting costs, assuming that 2022 is the first year in an essentially post-coronavirus reality.

One point that Edwards made that I hadn't really considered is that the stumbles on both sides during this year's negotiations might actually serve as a learning experience for both of them as they negotiate the CBA. I guess it's likely that neither side wants to look as bad as they both did these past few weeks. They have certainly learned something about areas where the other side has some flexibility and others where they don't. If the owners are dead set on getting a salary cap into the CBA, that could turn things ugly really quickly.

I would think that both parties would go into the CBA negotiations with some memory of how bad baseball looked this spring, and some desire not to come off that way again. Still, I assumed cooler heads would prevail this year, and I was dead wrong. I refuse to make any assumptions about how it will go then. I will say one thing, for what it's worth. If they can come to an agreement over the next CBA without it coming down to a long, drawn out, ugly brawl in the press, they can go a long way towards undoing some of the damage done to the game these past few weeks. If we get a replay, and then some sort of strike or lockout, the game could be irreparably damaged.

Despite everything, I'm still pretty excited at the prospect of seeing baseball again. I really wonder, however, how the casual fan will react, particularly since the NBA will supposedly return just after baseball does. Add to that all of the negative publicity from the almost absurdly nonproductive negotiations, and I'm curious to see how the non-baseball diehard public treats these games.

Oh, and as someone who has never been a fan of the shootout in hockey, the more I think about that rinky-dink runner on second in extra innings rule, the more I freaking hate it. It's a cheesy gimmick, and it's not even necessary. When there was talk of doubleheaders on the schedule to fit in the maximum amount of games, it made some sense. But there aren't doubleheaders, so the question is why? I pray this rule goes away after this season.

That's it for today. Thanks for stopping by, please come back soon. Please stay safe, stay well and take care.