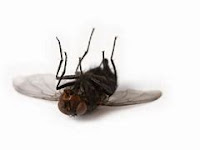 With the latest news about the Marlins coming out that their season has been shut down until at least next Monday, I'm tempted to write something snarky. I've loathed that team since they joined the league as the Florida Marlins almost 30 years ago. In grudging fairness to them, however, I'm going to avoid taking the easy cheap shot. This could happen to almost any team, given MLB's decision against playing this season in a "bubble."

As collateral damage from the pestilence sweeping through the Marlins, apparently the Phillies season has also been shut down until at least Friday. MLB is working to revise the schedule to avoid having too many missed games, but I honestly question how much longer this season can survive if another incident like this one happens to a different team.

I can't imagine what it would feel like to be a Phillies fan right now. You've lost baseball for at least a few days, and it doesn't even have anything to do with anything that a player on your team did. And how do these games get made up with such a tight schedule for the regular season as it is? This is just crazy.

MLB seems determined to keep this season alive right now, but I find it hard to imagine them pushing on if another team or two undergoes another widespread outbreak like the Marlins are having. There's already some folks calling for baseball to shut it down right now. The season seems to be literarily hanging by a thread right now.

Anyway, getting back to baseball, while we still have it, I was impressed with Michael Wacha in his Mets debut. He had a good mix of pitches and more than enough velocity on his fastball to keep hitters honest. The Red Sox have a really tough lineup, and he was overmatching them. I'm actually looking forward to his next time up in the rotation, which is more than I can say about Rick Porcello right now.

I don't have a ton to say about Chasen Shreve, other than so far he is the only guy from the "rest of the bullpen" who didn't completely stink up the joint. That ought to at least earn him another chance as "first scrub out" when it next comes up.

As for Jeurys Familia, I take full responsibility for his bad outing last night. I praised him a couple of days ago, particularly noting how well he was throwing his sinker in his first appearance against Atlanta. My praise was clearly the kiss of death for Jeurys, because he literally couldn't throw his sinker for a strike last night. If you DVRed the game take a look. When he tried to throw a sinker he was missing by a mile, and then started throwing his slider and splitter almost exclusively.

I feel bad for Seth Lugo. I wrote a series of posts on the 2005 season while we were waiting for baseball to come back. Lugo reminds me a lot of Aaron Heilman, who desperately wanted to be a starter but was just too valuable in relief. Lugo is in the same boat now as Heilman was then. To be fair, Heilman didn't have a good enough breaking ball to succeed as a starter, while Lugo has all of the pitches. The last time Lugo was used as a starter was 2017, and he wasn't that good, but I think he's a better pitcher now and would probably do better if they let him be a starter today. I just don't think he'll get that chance. In a game of 5 or 6 inning starters, a multi-inning reliever that's good enough to close is an incredible weapon.

I'm glad that it's David Peterson getting the start for the Mets tonight. He's not considered to be a huge prospect, and didn't put up big minor league numbers. In a normal year he would probably started the season in Triple-A, but in this very not-normal season he'll be making his major league debut - against the Red Sox lineup, in Fenway. Talk about jumping in to the deep end. Still, I'd rather see Peterson, a guy who has a chance of being at least an adequate back-end starter in the majors, get the opportunity over someone like Corey Oswalt, who is more or less just cannon fodder.

I still continue to hold out hope that the Mets figure out how to get their prospects some real development this season, especially their pitching prospects. It would be nice some day if a need came up with the big club and they could bring up someone who has a chance to be a really good major league pitcher. I'm tired of watching quad-A guys come picking up starts and getting torched. No offense to Oswalt, but he doesn't even seem capable of being anything more than filler at this point.

I'm going to pack it in for today and go watch a ballgame. Please stay safe, be well and take care. If you're walking down the street and you see a Marlins player approaching, do the smart thing and cross the street.