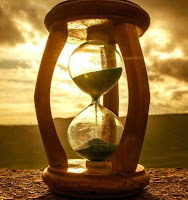 A few more thoughts on the big moves by the Padres discussed yesterday. If I was a Cubs fan, I would not be a happy camper right now. After a pair of fifth place finishes in 2010 and 2011, Theo Epstein was hired to run the Cubs, and immediately tanked the next couple of seasons to rebuild the farm. After suffering through a 101 loss season in 2012 and a 96 loss season the following year, Cub fans endured one final fifth place finish in 2014 before making the playoffs with a 97-win club in 2015. That team, of course, lost in the NLCS to the Mets, but the Cubs peaked the following season with 103 wins and a World Series championship.

The success the Cubs had contributed to more teams emulating the tanking route they took. Indeed, Chicago looked like a potential dynasty after winning the 2016 title, but the ensuing years didn't work out quite that way. They won the NL Central the following season, but with 11 fewer wins, and got drubbed by the Dodgers in the 2017 NLCS. They were a wild card team in 2018, but didn't advance, fell to third place in 2019 and got manager Joe Maddon fired, and won a pretty weak division this year but were toppled by the upstart Marlins in the playoffs.

I'm not a big fan personally of the Ricketts family that owns the team. Tom Ricketts was one of the billionaire club owners who went on local sports talk radio this spring to whine about how unfair the players were being in negotiations. The handwriting seemed to be on the wall when the Cubs announced massive layoffs within the organization — over 100 total, with half the layoffs coming from baseball operations. Theo Epstein stepping down not the long afterwards did not seem like a coincidence. Sure enough, the Cubs non-tendered World Series hero Kyle Schwarber and some other players early this month, and traded Yu Darvish for very young prospects who are far, far away from the majors. GM Jed Hoyer insists that the trade wasn't about a salary dump. Yeah, whatever.

The NL Central might be the weakest division in baseball. The Cubs might still be good enough to win that thing, but they're much weaker today than they were at the beginning of the month. Management can say what they want, but the Cubs look like a team that is retrenching rather than going for it in a year when many key players are in their last season before free agency. If I was a fan of that team, I would have expected them to go for it one last time before possibly taking a step back, and angry about what they seem to be doing. Again, that division is so weak. Make the playoffs, get hot at the right time and a bit lucky, and next thing you know you have a second championship for the fans. There would still be 2 years left on Darvish's contract after next season, so he could have still been traded after the Cubs went for it one last time.

In a way, the Cubs are an example of how fragile dynasties built upon tanking are. Having so many players come up together leads to many of them also hitting free agency at the same time. Now I don't know what the plan would have been if the pandemic didn't hit, the organization didn't lay off so many key people and Epstein didn't leave, but I would tend to doubt they'd be taking a step back this season. Whether it's a brief step backwards or a longer-term retrenchment remains to be seen.

Of course, Cubs GM Jed Hoyer insists that the Darvish deal was made to "extend" the window of contention for the team, and the team isn't going to "run the same playbook that [the Cubs] ran in 2011 and '12". Hoyer claims that the team is retooling with the deal, but the three prospects are so far away that you could question how long Hoyer envisions the retooling process lasting. And it's hard to see how the cuts the team made in baseball operations "helps" the retooling process. Despite how awful the Wilpon era has been, I'd rather be a Mets fan than a Cubs fan today, and I certainly wouldn't have made that statement a year ago.

You know, if someone other than Steve Cohen purchased the Mets, it's not inconceivable to believe that the Mets might have chosen to go the full tanking route for a couple of seasons. The new owner could have pointed out how badly the farm system needed an infusion of talent while at the same time taking advantage of some significant cost savings during a time of pretty big uncertainty. By the time the club was ready to spend again, there would be hopes that the economy had rebounded a bit and the stadiums would be full of fans again.

I'm glad Steve Cohen didn't choose to go that route. Mets fans have lived through enough seasons that felt pretty much like tanking without the club reaping any real benefit from it. Thanks, Fred and Jeff, for all of those wonderful memories.

Now if Alex Rodriguez and Jennifer Lopez' group had come out ahead, Rodriguez assured anyone who listened that there was enough money put aside for the Mets to carry a big payroll in 2021, which is something that I'm sure we all hope to see. But there was going to be a lot of debt involved in that purchase, and I wonder if the sale went that way if A-Rod's group would have made the upgrades to infrastructure that Cohen is planning. Especially with the tough economy and the problems that the pandemic is still causing, I had a funny feeling that the Mets might have continued to be a team that ignored the ground-level work that is so important to sustaining success.

As frustrating as this slow moving offseason has been for Mets fans like myself who are starving to see the team become more than a laughingstock in baseball, I still believe that Steve Cohen is the best possible owner for this team at this time. I honestly believe that there will be significant additions to this roster this season beyond a setup man and a catcher. If that doesn't happen, then I'm certainly not going to continue praising Cohen and Alderson. But I think they deserve the benefit of the doubt, and I certainly haven't gotten the feeling from listening to Steve Cohen that he will be content with the Mets not putting a real playoff contender out there next season.

Despite the flurry of activity over the last few days, particularly from San Diego, it's still really early in the hot stove season. Hardly any player of consequence has signed. The rumors are flying around as to the contracts that players like George Springer and Trevor Bauer are seeking, but that doesn't mean that those numbers are what they will ultimately get. So, I want to see what develops over the next couple of weeks before I participate in hanging Cohen and Alderson in effigy.