We're a mere two weeks away from the start of the 2021 baseball season. This is a marked improvement from a year ago when the COVID-19 epidemic had already shut down baseball. Even then, we were all only beginning to understand how much of our lives would be shut down and how long it would take to return to normal. We're not quite there yet but, if you squint hard, you can actually see normal from where we are now. For a while, it seemed that we would never get to this place.

Of course, when you spend so much time without things being normal, it's actually going to be a bit weird when normal fully returns. I know someday before this year is out, I'm going to walk into a store, and nobody, including me, will be wearing a mask. That was normal before last spring. I'm sure that after a while, it will seem normal again. But for a time, at least, normal is going to feel mighty weird. I'm pretty sure I can live with that, however.

I started seeing an APRN last year as my primary healthcare provider. I've had a whole cornucopia of issues, from being diagnosed as a Type 2 Diabetic to a back injury to chronic dizziness and balance issue. It occurs to me that I've been in her office a whole boatload of times since last May, but neither one of us has seen the bottom half of each other's face. If I was to run into her in a public place without a face mask on, I probably wouldn't recognize her. Such is the weird world we have all inhabited over the past year.

When this thing was really getting underway last March, it was the impetus for me to start up this blog again after being away from writing about the Mets for a decade. Hard to believe that next Wednesday will be my one-year Anniversary back to blogging.

It took a while for me to get back in the swing of writing. I had only done small amounts of writing for various jobs I held that intervening decade. It really wasn't until the fall of last year that I felt comfortable as a writer again. Of course, not having to take painkillers for my back any longer after disk surgery in early September helped a lot there, too.

So much has changed for me and the world around me since last March. I was out of work for a while, got my job back, and then was laid off again two days before Christmas. I'm still out of work, but nor sure I want to go back to that job even if it is offered to me. I'm not ready to retire, but maybe I can find something that challenges and interests me a little more. If not, though, this blog has been a welcome outlet. I always challenge myself to write better, and I feel a sense of accomplishment when I look at something I wrote a year ago and compare it to now. Even at age 62, trying to be better at something I care about energizes me.

I just came off a rough few days with that dizziness issue that still hasn't been successfully diagnosed. I'm going for an MRI next week. Mostly it's been manageable, but I woke up feeling horrible Tuesday. It felt like all of the bad parts of getting good and drunk in the old days without any of the fun parts. I'm feeling better today, but they're doing an MRI on my head on Monday to see if they can finally figure out what's causing this stupid problem. Even on my best days, it's something I have to overcome.

This dizziness has been a part of my life for about 15 years. It pretty much feels normal to me now. If the doctors can actually diagnose and treat the condition, I'd have to get used to not feeling this way again. Just like life in a post-COVID world, a return to what was once normal would require an adaptation on my part. In both of those cases, however, I would cheerfully deal with the adjustment.

A year ago, the Mets were still owned by Fred and Jeff Wilpon. While COVID-19 has been negatively affecting all of our lives for just about a year, the Wilpon pandemic has been going on for decades. While I won't even presume to equate the mismanagement of that pair to a disease that's claimed over half a million lives in this country alone, the Wilpon era with the Mets has one small thing in common with COVID-19: they made awful feel like normal.

As a Mets fan, you came to understand that having nice things, like being a playoff contender for more than a year or two, or seeing a coherent game plan out of your team's front office, was something for fans of other clubs, not you. Normal in those years was a large-market club maintaining mid-market payrolls, constant meddling by the owner and his son that discouraged the best candidates from even wanting to work for the club, and a penchant for making the wrong kind of news that made your club a laughingstock around the game.

The club was almost sold to Steve Cohen two winters ago, causing a burst of optimism among Mets fans everywhere. When the sale fell through, it felt like a punch in the gut. While the Wilpons were reportedly still looking for a buyer, it seemed as if the Mets were cursed to perpetually stumble along under the yoke of Wilpon mismanagement.

But the club was sold last fall to Steve Cohen. When it happened, it felt like a great burden had been lifted from around the neck of Mets fans. We all got a little giddy, and Steve Cohen and Sandy Alderson enjoyed a wonderful honeymoon with Mets fans that lasted for all of a month or so, ending as soon as some coveted free agents began signing elsewhere. 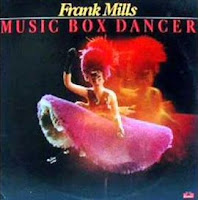 I've liked much of what the Mets have done this winter, but certainly not all of it. The whole Jared Porter mess was an unwelcome stumble this winter, and the coda to Mickey Callaway's unhappy tenure here was another piece of dissonance piled onto that. But the Mets made the changes they needed to make and continued to make the moves to turn this club into a contender this season and beyond. When Fred Wilpon shows up at some of the spring training games, it just feels like a bit of unfortunate nostalgia, like when the incredibly annoying "Music Box Dancer" earned tons of radio play in 1979. It's comforting to know that, like that f***ing song, Fred belongs to the past.

Cohen and Alderson have both spoken about sustaining success with these new Mets. I honestly believe that they're going to do exactly that. Like other welcome events I touched on earlier in this piece, sustained success for the Mets will take some getting used to. The last time that contending year in and year out was a reality. I was in my early 30s. As my knees will attest, that was a long, long time ago. Still, I'm confident that I can and will get used to rooting for a well-run, winning ball club again. After all these years with Fred and Jeff, we've all earned that kind of normal.

With the dawn of the season rapidly approaching and the news that at least a few thousand lucky souls will be in the ballpark when the Mets have their first homestand, can normal really be far behind? As we begin to allow ourselves to get used to new normals while we let go of older, less happy ones, I know that I'm ready to embrace all of the changes ahead. Even the news that Carlos Carrasco will be sidelined for the start of the season can't get me down. He'll be back. We're all due for a comeback.